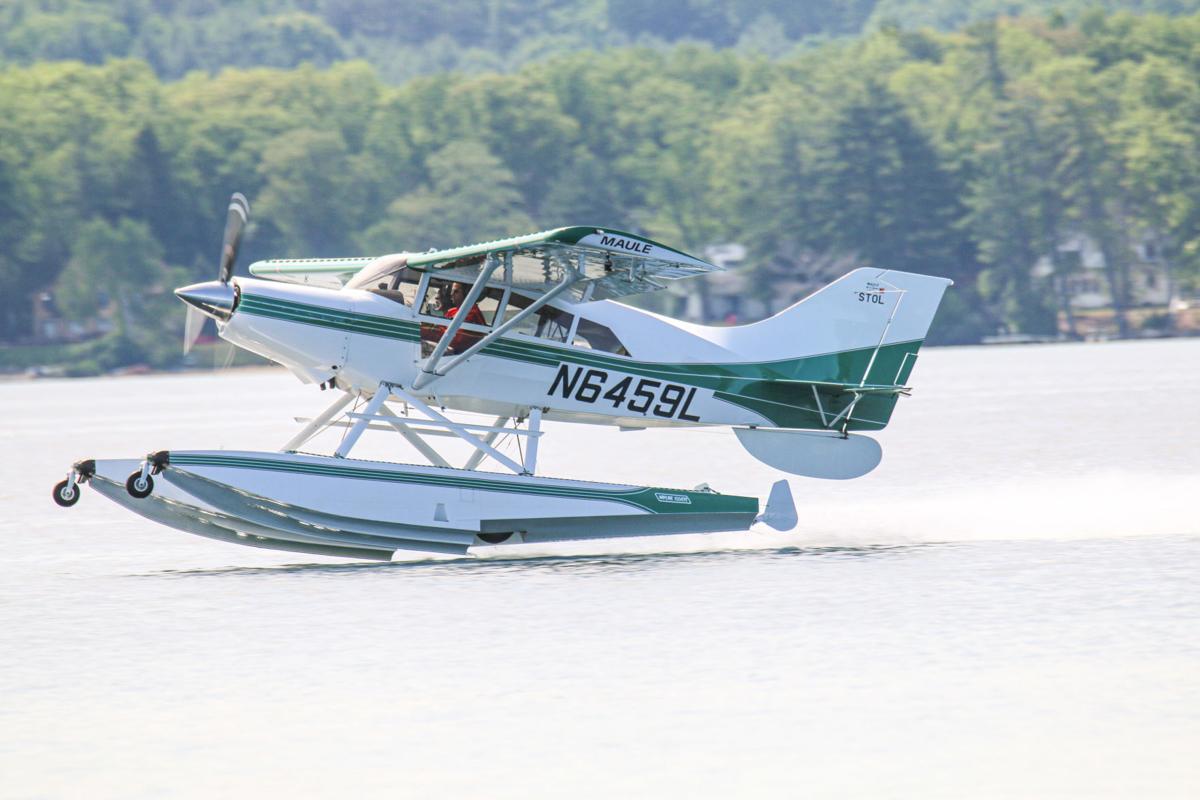 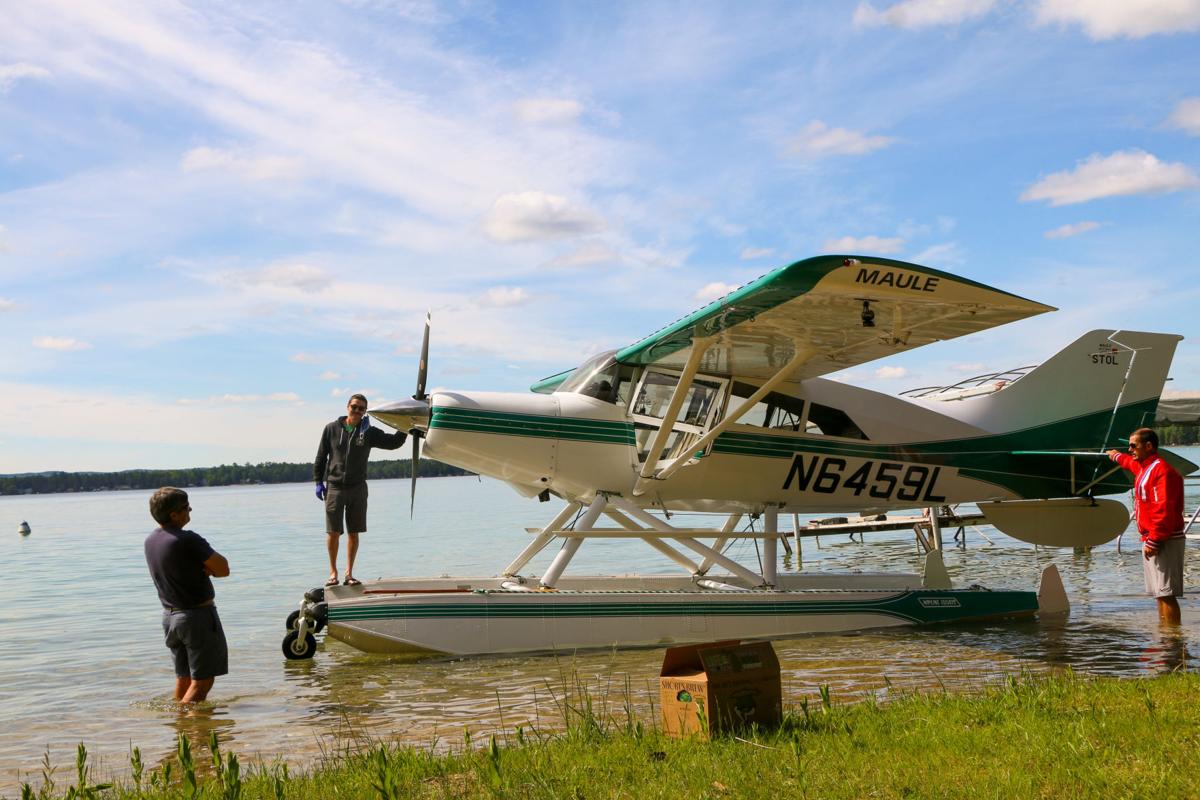 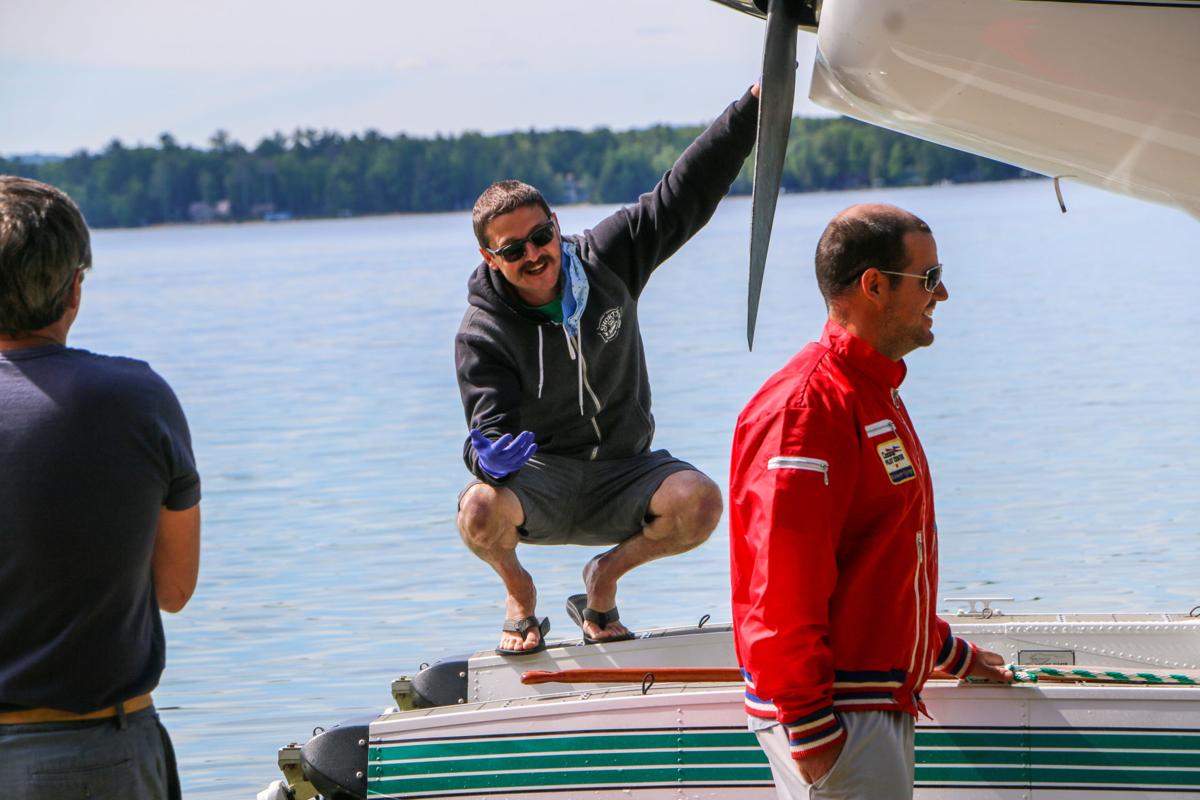 The two met in 2018 through a PTO fundraising event and filmed a waterskiing promo for “Huma Hump Day” in 2018, then Smith proposed the idea of expanding Short’s already bustling beer delivery business with an airplane run.

“He (Smith) likes to get his airplane out, fly it around and have fun bouncing around the lake,” Short said. “I was like ‘Alright cool, let’s put it together.’”

Intentionally or not, the two delivery partners and a white and teal plane made cause for six separate neighborly get-togethers.

William Strickland greeted Short with a Huma Lupa Licious t-shirt while piloting an r/c boat along the shore of Torch Lake. His neighbors couldn’t resist the urge to see the plane take off and land.

Kathy Bryant hosted a cookout for all at a barbecue at her tiki bar aside Elk Lake at the Honcho Rest Campground. Short brought cookies as an added bonus.

It was Bryant’s first time having beer delivered, though for others it wasn’t.

Strickland recently returned from the north side of Chicago to his summer home on Torch Lake. He went to elementary school with Short and has had beer delivered multiple times since the idea’s inception.

“Never thought a seaplane would ever be in front of my house and I never thought it was bringing me beer,” Strickland said. “So this was definitely a first.”

As Short and Smith departed, Strickland strode out to the end of the dock to watch the plane taxi and depart. Bryant watched as the plane disappeared beyond the trees, then lined up to take off to the east toward Short’s bottling facility in Elk Rapids.

The “oohs” and “aahs” almost drowned out the sound of the plane.

“This is a highlight of our summer, absolutely,” Bryant said. “To see a seaplane come in right to your front step and deliver beer and hop off. I mean this was just phenomenal.”