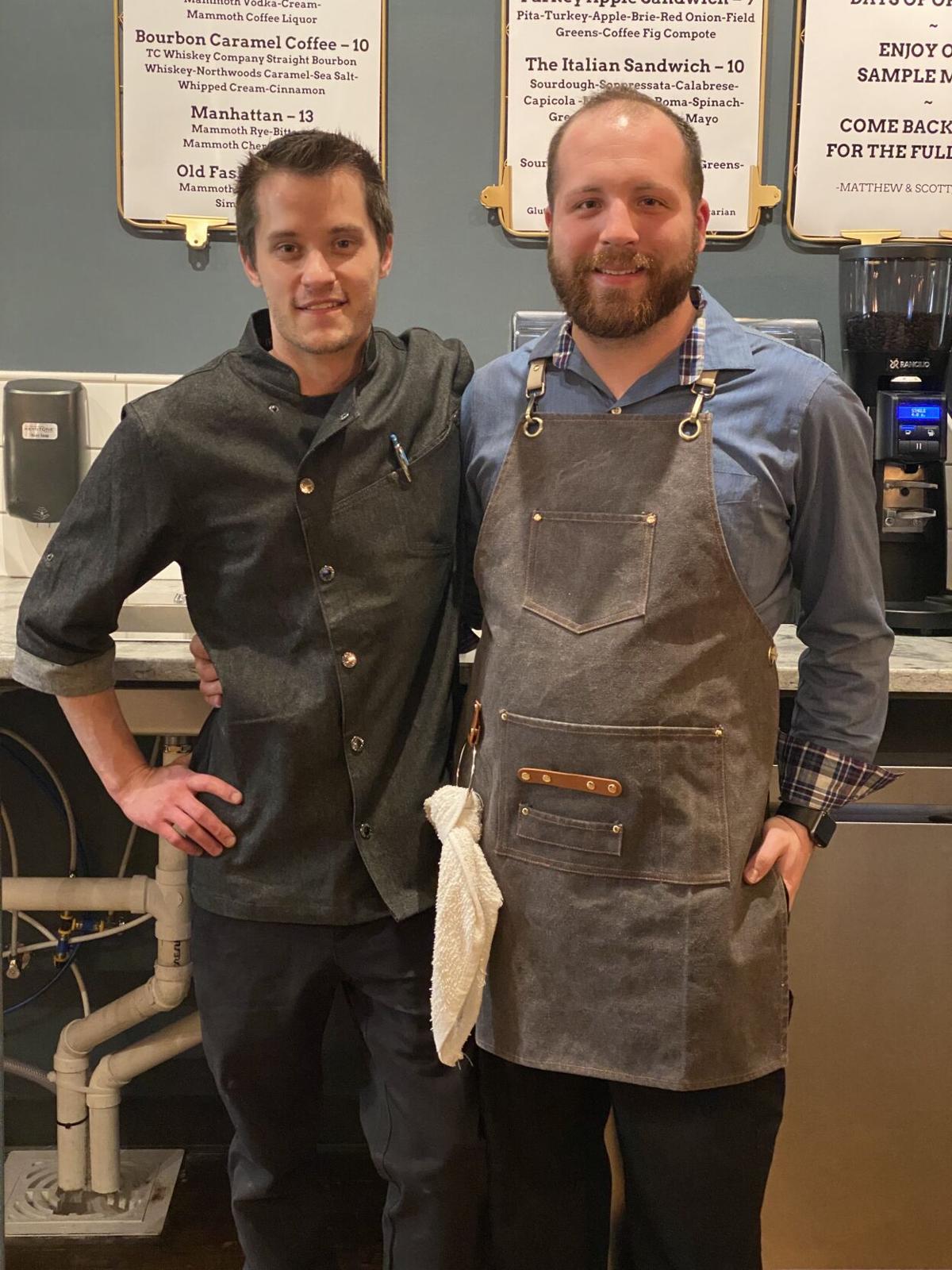 Scott Mersereau-Kempf, left, and Matthew Shaw are the co-owners of Michigan Brew. 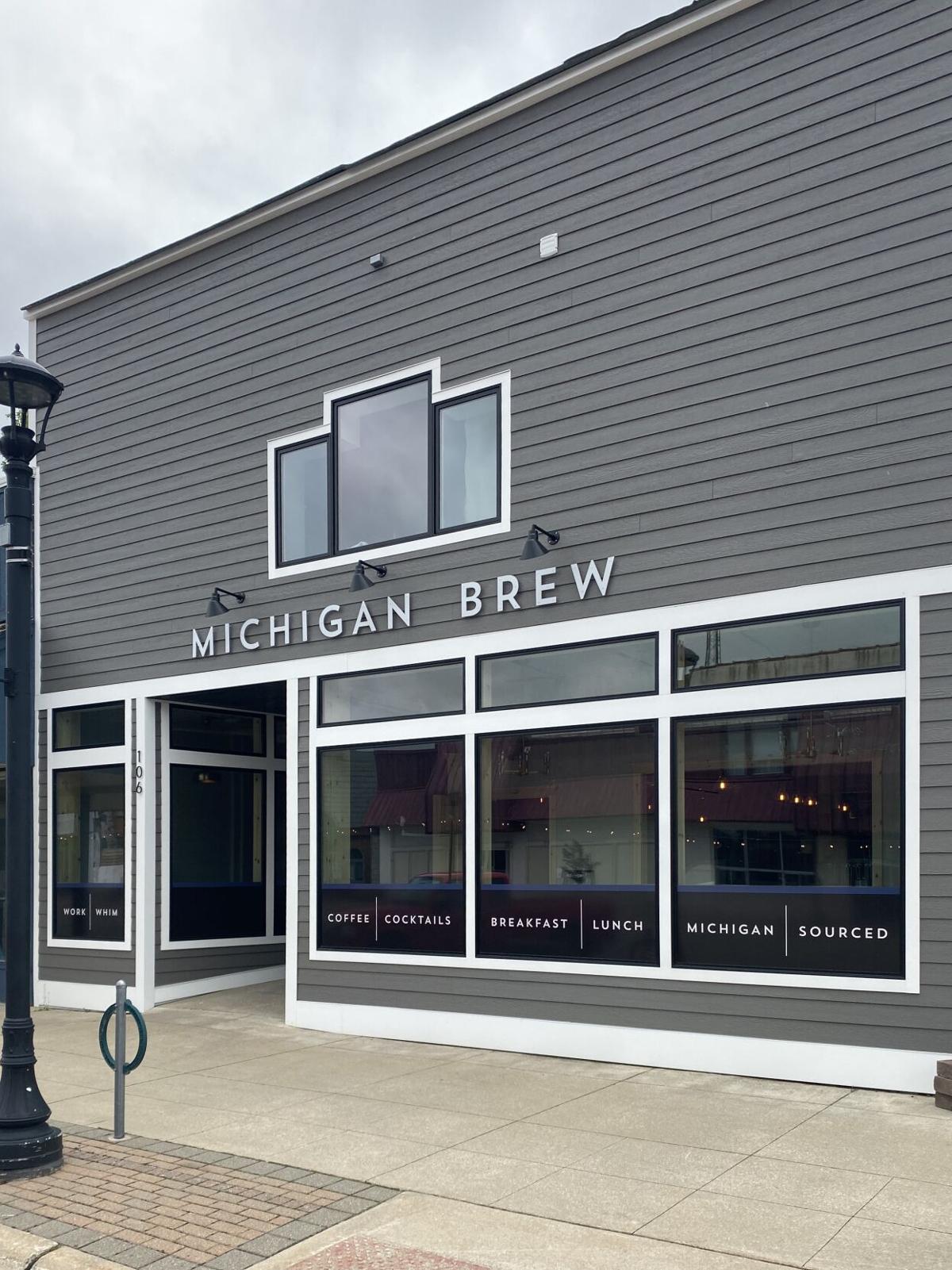 The exterior of the remodeled Michigan Brew, which opened May 28 at 106 E. Michigan Ave. in Grayling. 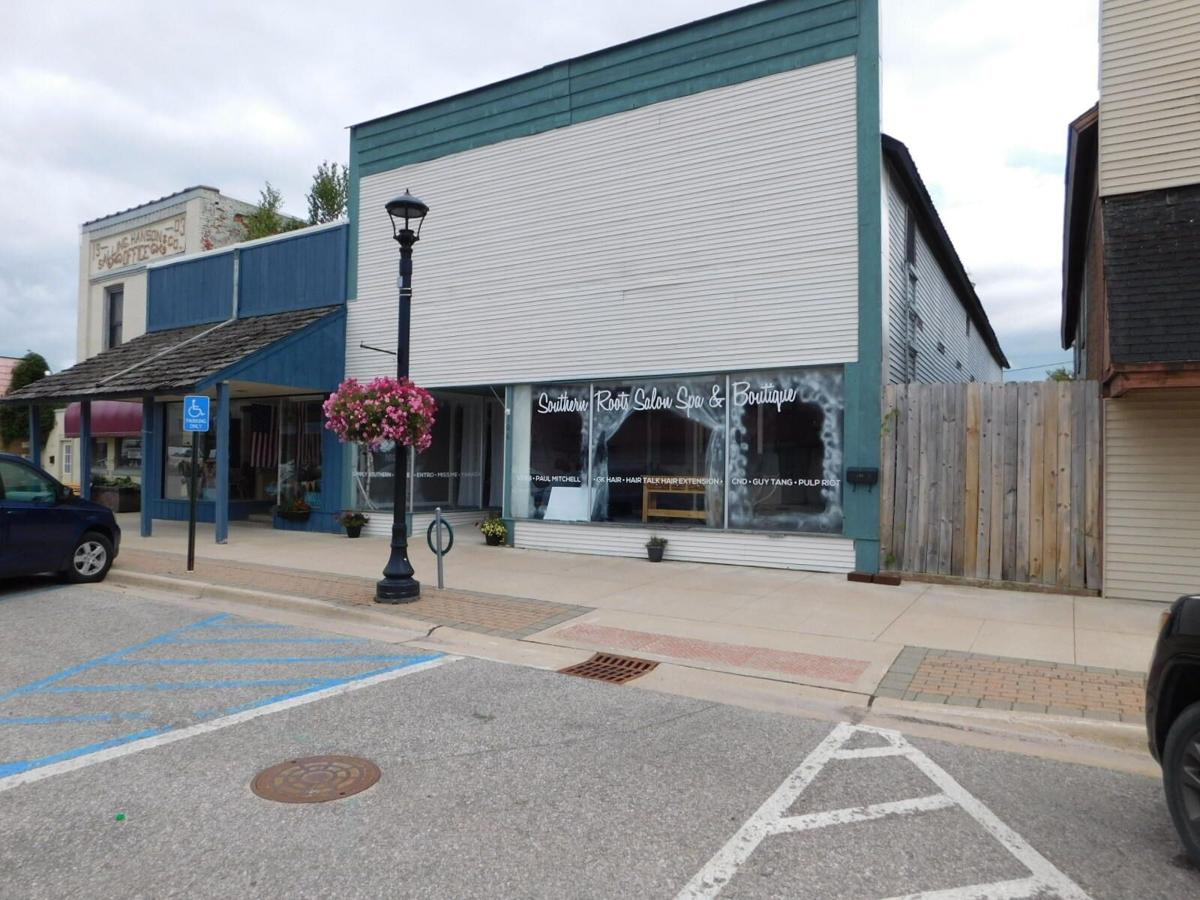 The exterior of the building at 106 E. Michigan Ave. before renovations. 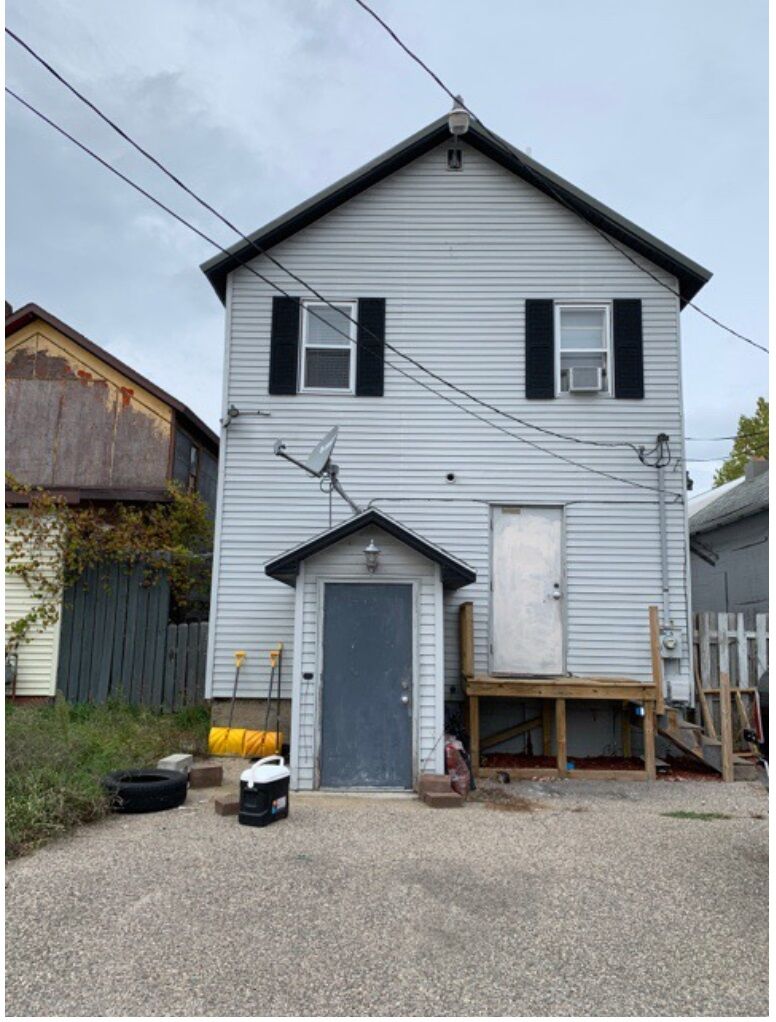 The back of the the building at 106 E. Michigan Ave. before renovations.

Scott Mersereau-Kempf, left, and Matthew Shaw are the co-owners of Michigan Brew.

The exterior of the remodeled Michigan Brew, which opened May 28 at 106 E. Michigan Ave. in Grayling.

The exterior of the building at 106 E. Michigan Ave. before renovations.

The back of the the building at 106 E. Michigan Ave. before renovations.

GRAYLING — Something is brewing in downtown Grayling and its name is a double, double entendre.

Matthew Shaw and Scott Mersereau-Kempf opened Michigan Brew on May 28.

The first part of the business name describes both a location (106 E. Michigan Ave.) as well as the origin of all the drinks served inside. The coffee comes from the Roaster Jack Coffee Co. in Traverse City, while all of the alcoholic drinks are sourced from the Mitten State.

“Everything that you would order from behind the bar, everything is from Michigan, whether it’s a cocktail, cider, beer or wine,” the 33-year-old Mersereau-Kempf said.

“Everything you drink is Michigan-made,” said Shaw, 27.

The double meaning of the second part of Michigan Brew describes what happens inside the 100-year-old building, from opening at 6 a.m. to close at 11 p.m.

“It’s a combination of beer and coffee,” Mersereau-Kempf said. “We tried to introduce both of those facets into the name.”

While Michigan Brew features a 16-draft system of suds from Michigan, both of the owners wanted to make it clear that despite the name, the new business is not a microbrewery.

“I have no desire to brew my own beer,” Shaw said. “I don’t have the time or the want. I want to support other Michigan brewers and distillers.”

Tying it all together is the food.

That’s the strength for Mersereau-Kempf, who continues to be the kitchen manager at Centre Street Café in Traverse City. It’s a position Mersereau-Kempf has held for 11 years.

He said the aim is for customers to get a taste of something either not otherwise available or available only on a limited basis.

“We’re introducing some international flair, from the Mediterranean to South America to Spain and some Asian,” Mersereau-Kempf said of the menu. “It’s just some different cuisine from around the world, in little ways.”

While Mersereau-Kempf focuses on the food side of the business, Shaw’s strength is the business side. Shaw has a master’s degree in organizational leadership from Northwood University and worked the last five years as branch manager for Northland Area Federal Credit Union.

One thing Shaw and Mersereau-Kempf are emphasizing with Michigan Brew is a relaxing atmosphere.

“It’s easy going,” Mersereau-Kempf said. “You can come in and get work done on the computer if you want, or sit down with a group of friends and have cocktails or some Michigan beers they haven’t had before.

“We’re letting the customer make the space what they want it to be.”

“I wanted that relaxing, chill vibe,” said Shaw, who added there is a conference room customers can reserve for free. “You can bring in your laptop and work.”

Even the food service is laid back.

“It’s pub-style dining,” Shaw said. “You order at the register, we give you a cool sign for your table. We bring the food out to you, but it’s not typical table-side service. You’re pretty much left alone.”

One thing Shaw and Mersereau-Kempf didn’t leave alone was the building. Unique front windows were uncovered behind siding, as was tin covered by a drop ceiling in the conference room. The wood floors remain, albeit with refinishing.

“It was a year and half process to get this project up and going.”

“It’s been totally reconstructed from the ground floor to the apartments upstairs,” Mersereau-Kempf said.

Michigan Brew employs about 13 people and Shaw said they “could use about six more people.” Michigan Brew is open daily from 6 a.m. to 11 p.m. with food available all day.

“We’re the only restaurant that’s open early enough that has alcohol and we’re here to close out the night at 11 o’clock,” Shaw said.

While the expanded hours are attractive to customers who may work second or third shift, it does limit the shut-eye of the owners. But the response to the first two weeks of operation makes the lack of sleep worthwhile.