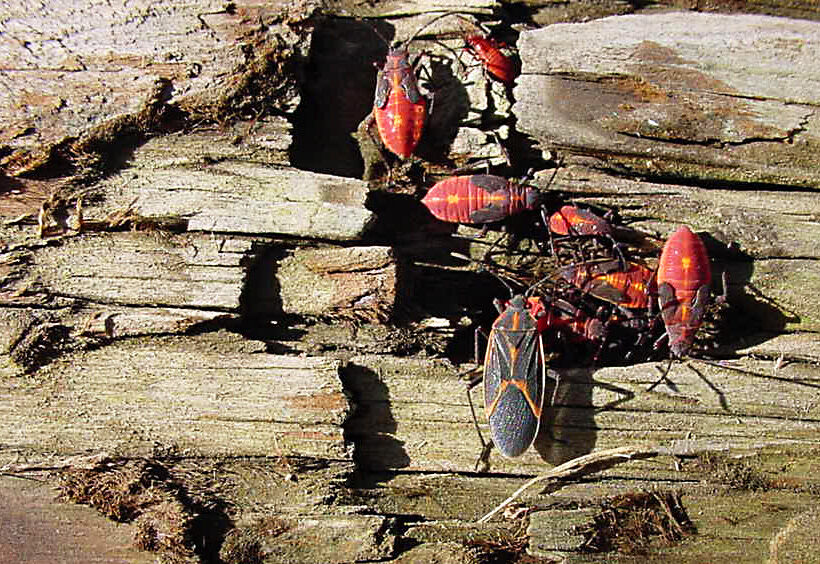 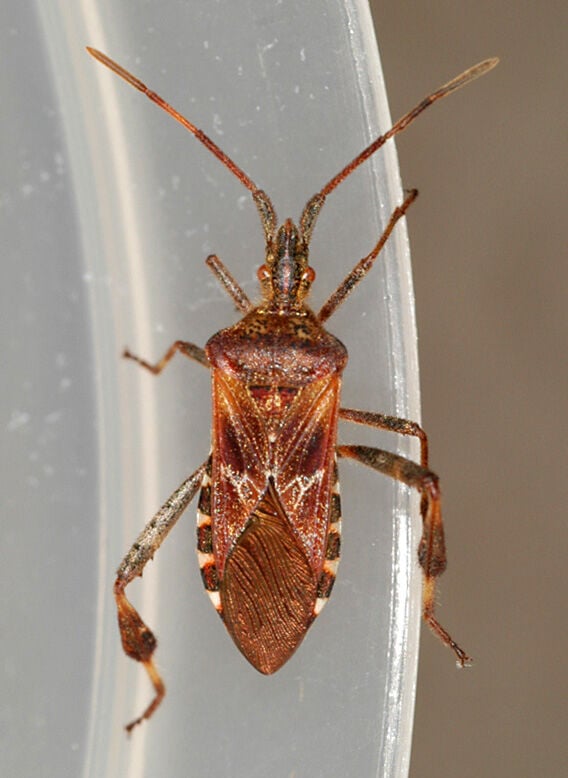 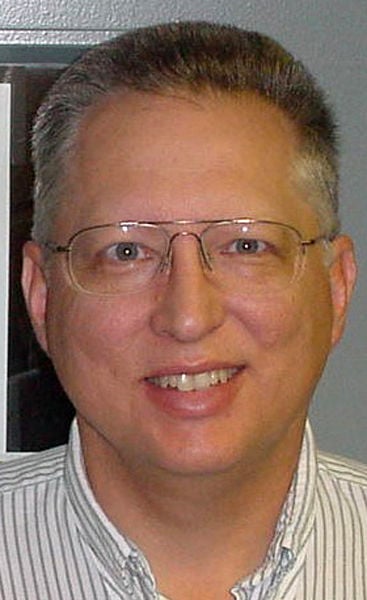 In the fall of the year cooling temperatures cause a very obvious decrease in the activity of outdoor insects and their relatives, such as spiders, centipedes, millipedes and sow bugs.

Unlike the monarch butterfly, which migrates to warmer places, the rest of our local bugs stay put in the area and ride out the winter months.

While the majority of species take shelter under leaf litter, in the soil, or other natural places that offer some protection from severe cold, there are few dozen species that often find their way into buildings and spend the winter closer to us than we would like.

In Michigan, the two most common insects that come into buildings in the fall are box elder bugs and western conifer seed bugs.

Box elder bugs are black with bright orange-red markings and about 3/8 of an inch long when full grown. They are found throughout the state, and they can be quite numerous if there are large box elder trees in an area. They feed primarily on the developing seeds of the tree. In the fall, box elder bugs often bask in the sun on south or southwest sides of buildings.

As fall progresses, they will work their way through crevices and gaps in the building structure, usually near the juncture of the foundation and wall. Most of them will stay put inside wall voids for the entire winter, but some individuals find their way to the inside, usually showing up in rooms that are warmed by the sun.

They don’t feed on anything in the building, they won’t bite, and they do not have a scent, making them a pretty innocuous house guest for the winter.

The western conifer seed bug is quite a bit larger, often over a half inch in length. It is brown with some lighter markings, and its legs are long and gangly. Immatures and adults feed on developing cones of pine, spruce and other conifers. Being quite a bit larger than the box elder bug, western conifer seed bugs have a harder time finding an opening in houses that allow for their entry.

They do not feed on anything or ever bother people during their winter stay, but they can emit a smell, especially if they are crushed.

Like the box elder bug and western conifer seed bug, these species do not pose a significant threat to the building structure or persons living within it. Cluster flies are more likely to get into cabins, sheds or barns than houses. Elm leaf beetles typically enter homes through gaps high on walls, and are likely to end up in ceiling voids and attics.

The multicolored Asian lady beetle and brown marmorated stink bug are non-native species that have become established over a wide geographic range since their introduction into the United States.

Populations of the multicolored lady beetle were very high in Michigan in the early 2000’s, but they have declined significantly in recent years.

On occasion, this insect will give a little pinch with their jaws, but their jaw muscles are very weak, and they cause no harm.

The brown marmorated stink bug was first found in Michigan in 2010, and it is still not very common in northern parts of the state.