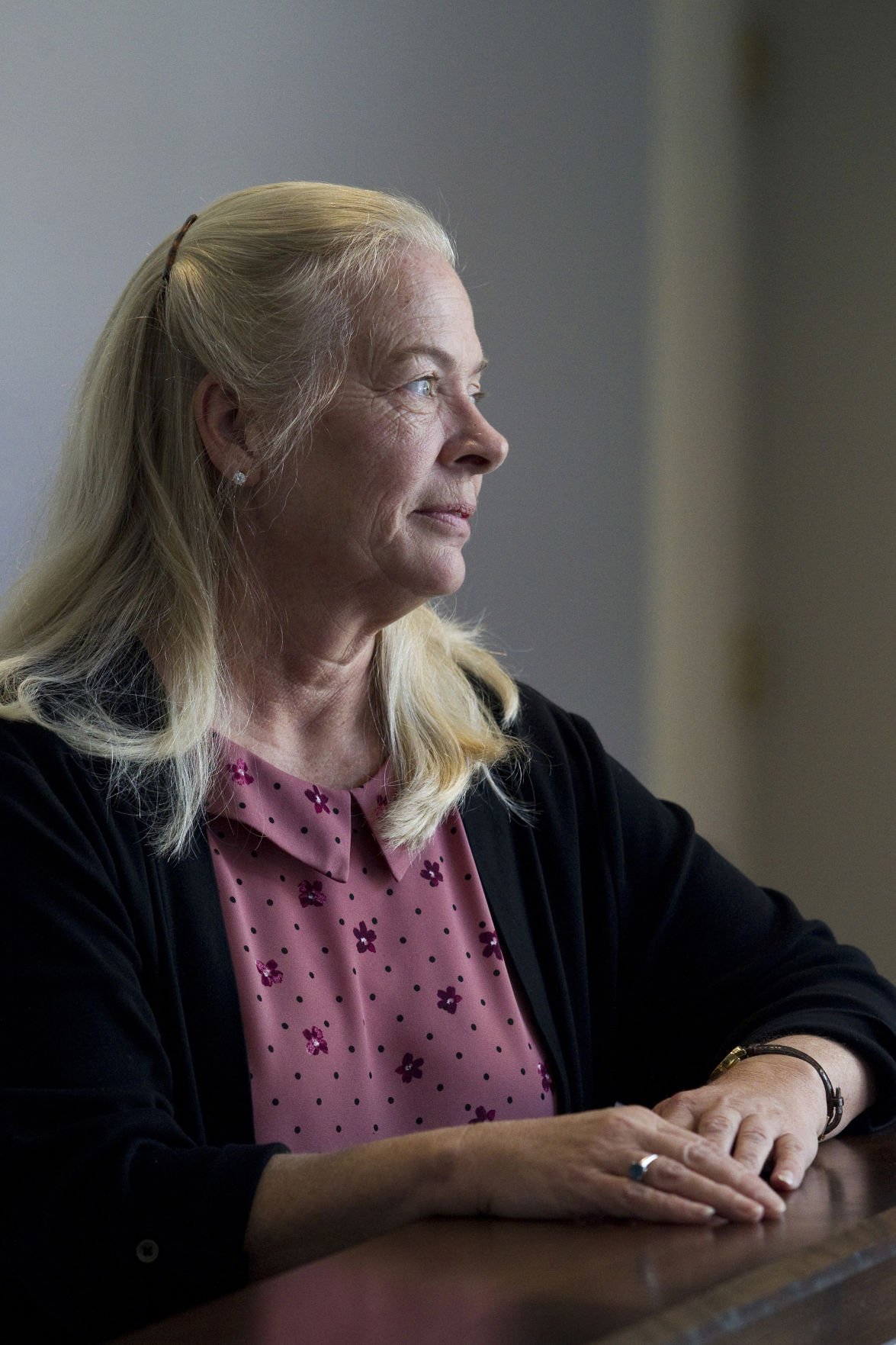 Patricia Steele, author of “The Gift of Second Chances,” at the Rethinking Addiction/Supporting Recovery Conference in Traverse City. 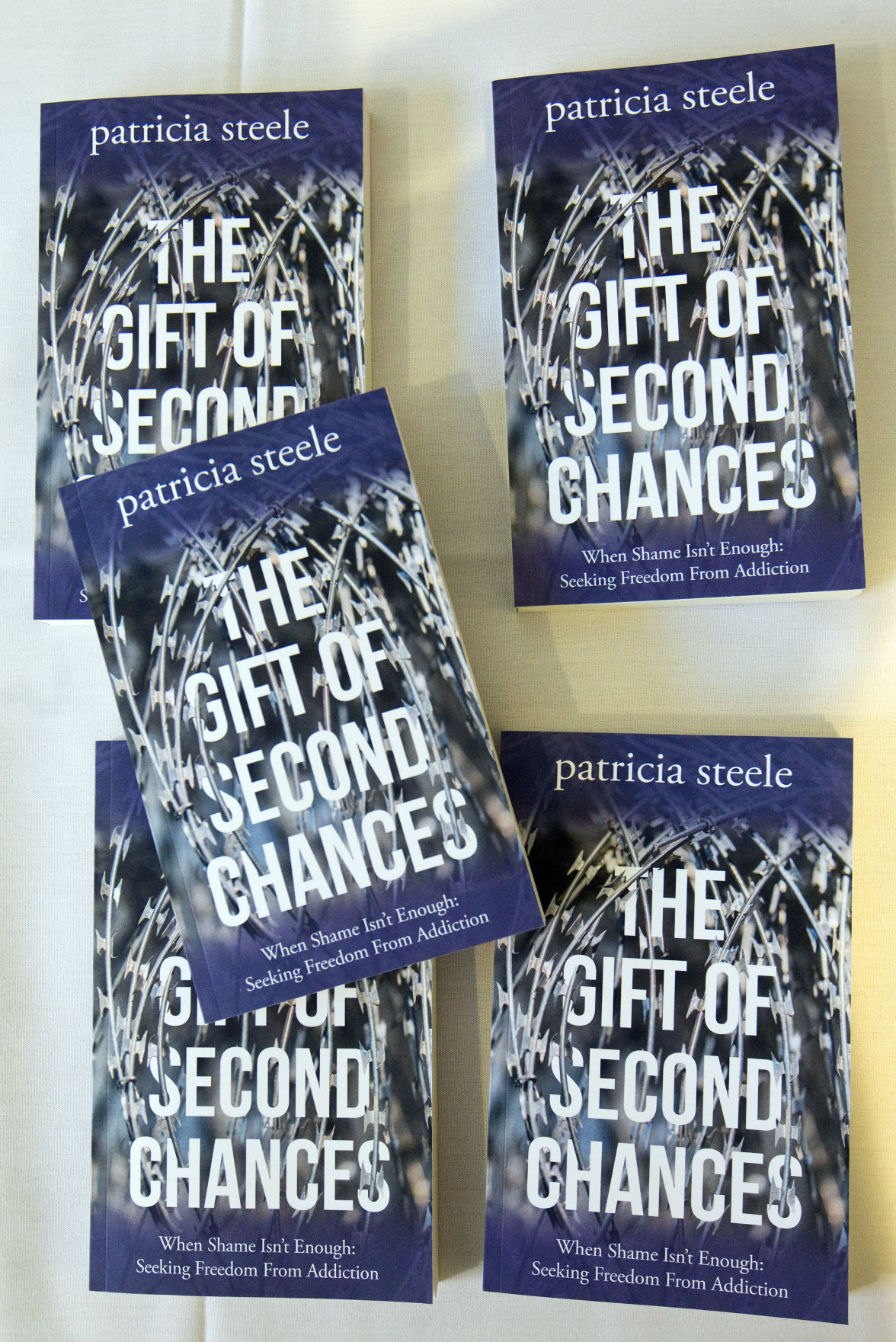 Copies of “The Gift of Second Chances,” by Patricia Steele sit on a table during the recovery Conference in Traverse City.

Patricia Steele, author of “The Gift of Second Chances,” at the Rethinking Addiction/Supporting Recovery Conference in Traverse City.

Copies of “The Gift of Second Chances,” by Patricia Steele sit on a table during the recovery Conference in Traverse City.

TRAVERSE CITY — An historical timeline only adds events on the right side.

As much as new author Patty Steele would like to change the information on the left, she can’t.

“The Gift of Second Chances” focuses on Steele’s journey since the night of Dec. 12, 2007.

It was the last day Steele had a drink of alcohol. It was also the last day Gerald Frost, 75, was alive and the last day before the lives of two families were forever altered.

That road has been a bumpy one for both families involved.

Steele, who authorities say had a blood alcohol content four times the legal limit, was sent to prison for her role in the crash. She would serve seven years behind bars at two downstate facilities.

Steele said she also had to live with a tremendous amount of shame, guilt and embarrassment.

“I couldn’t get sober until I could live with myself,” Steele said, adding that it wasn’t until a few years into her prison term before alcohol no longer had a hold on her life.

That’s why the subtitle to “The Gift of Second Chances” published by Mission Point Press reads: “When Shame Isn’t Enough: Seeking Freedom From Addiction.”

Just as there are two sides to every story, this tragedy does as well. Elaine Frost, then 76, was the driver in the crash that night and suffered a broken leg and several fractures. Elaine Frost died earlier this year on July 9.

“She didn’t kill just one person,” said Gerald and Elaine Frost’s daughter, Jennifer Garrett of Vasser. “She killed a father of five, a grandfather to 13, an uncle to I don’t know how many, a cousin, a friend and the most important thing, a husband. It had a ripple effect.

“It was devastating. To the day she died, she mentioned him every day.”

“It hurts,” added daughter Marcie Frost-Correll of Lake Ann. “She really tore my family up.”

During prison, Steele started taking college classes and after her release, interned for three years at Addiction Treatment en route to becoming a certified alcohol and drug counselor. A journal she kept in prison would provide a lot of details that would go into “The Gift of Second Chances” that she started writing in late 2016. She gave a TED Talk in Traverse City in June of 2017 about her experiences.

Steele heard from a lot of people after the TED Talk and her work with and inside the world of addiction.

“Working with people and I’m in the recovery community, I found out how much my story affected people,” she said.

That led to the book, which became available on Amazon on July 24. A formal book launch and signing is scheduled for Sept. 7 at 3 p.m. at Kensington Church.

While two of the three daughters of the Frosts are not sure what to think about the book, Garrett hopes it can provide assistance to those battling addiction.

“If she tried to turn her life around, that’s great,” Garrett said. “If one person gets help from that book, it’s great.”

“If one life is saved, whether it’s an addict’s life or the family of an addict, that would be amazing,” Steele said of her hope for the book.

A portion of the proceeds from “The Gift of Second Chances” will go to Addiction Treatment Services of Traverse City. Frost-Correll and Garrett each said they hope Steele does not profit from the book.

“I hope to recover all the money I have in it,” Steele said. “It costs quite a bit to publish a book. Whether that happens or doesn’t happen, I don’t know.”

Steele added she doesn’t know what the Frost family will think about her story after the fatal crash. Most of the book is about the time after that day and the Frost name in “The Gift of Second Chances” has been changed.

“I wouldn’t begin to know what type of perspective they have on addiction,” she said. “I certainly hope it won’t hurt them. That wasn’t the intention of the book.”

For Frost-Correll, it does still hurt. She was particularly close to her father — who has ‘Killed by a Drunk Driver’ on his tombstone — and kept his mangled eye glasses and the watch he wore that stopped at the time of the crash.

The two daughters both said the one person in their family who didn’t hold a grudge was their mother.

“She was something else,” said Frost-Correll, who added her father wouldn’t want her to carry that anger. “She could forgive easily.”

“I’m better than I was, but I’m not there yet,” Garrett said.

The children and grandchildren of the Frosts may never get to that place, but “The Gift of Second Chances” isn’t about changing something that can’t be changed.

“I’ll never make up for the loss of his life to him or his family,” Steele said. “But do I take an awful situation and try to make something good out of it? I hope in some way that is honoring his life.”