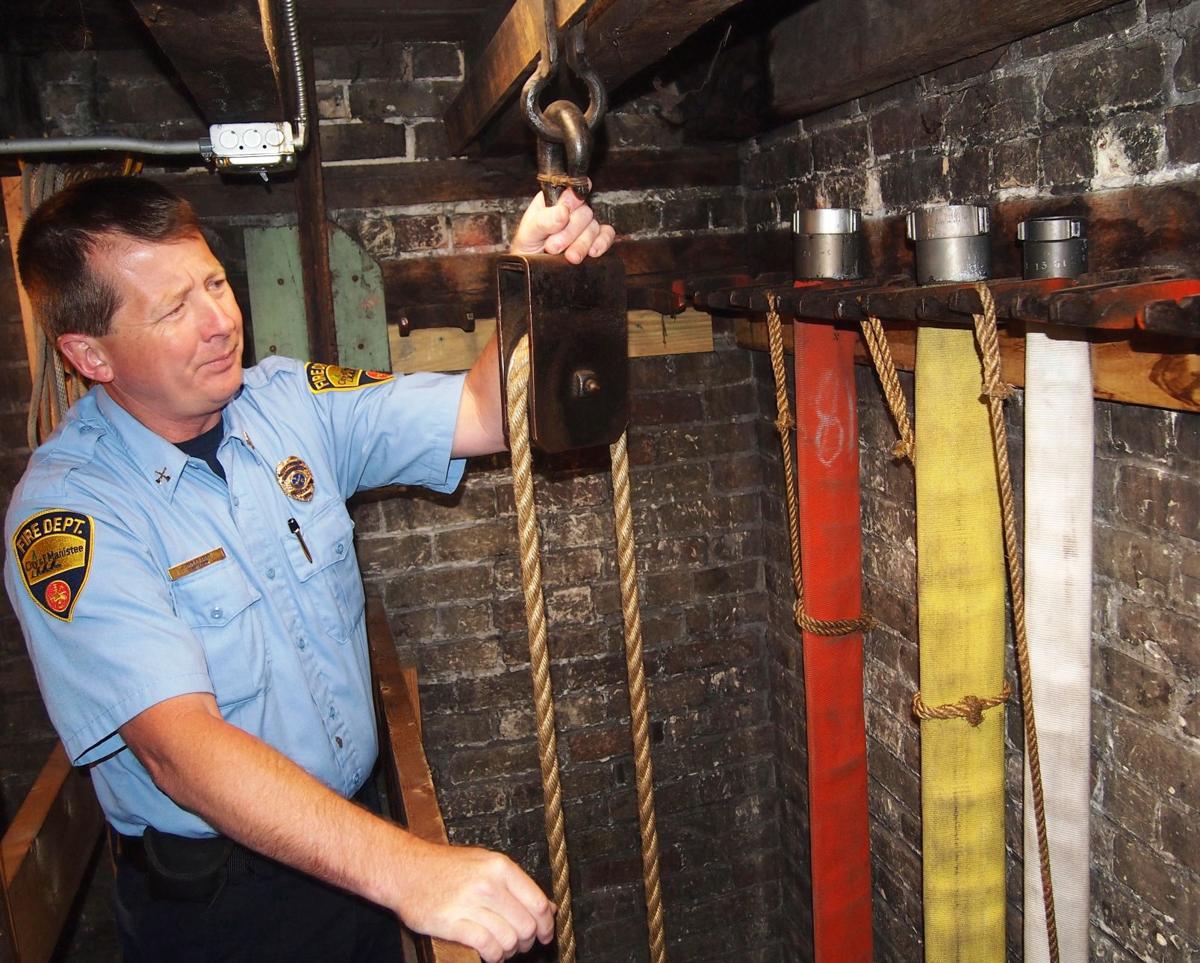 In one of the upper levels of the historic fire department, Captain John Peddie hangs a hose to dry. 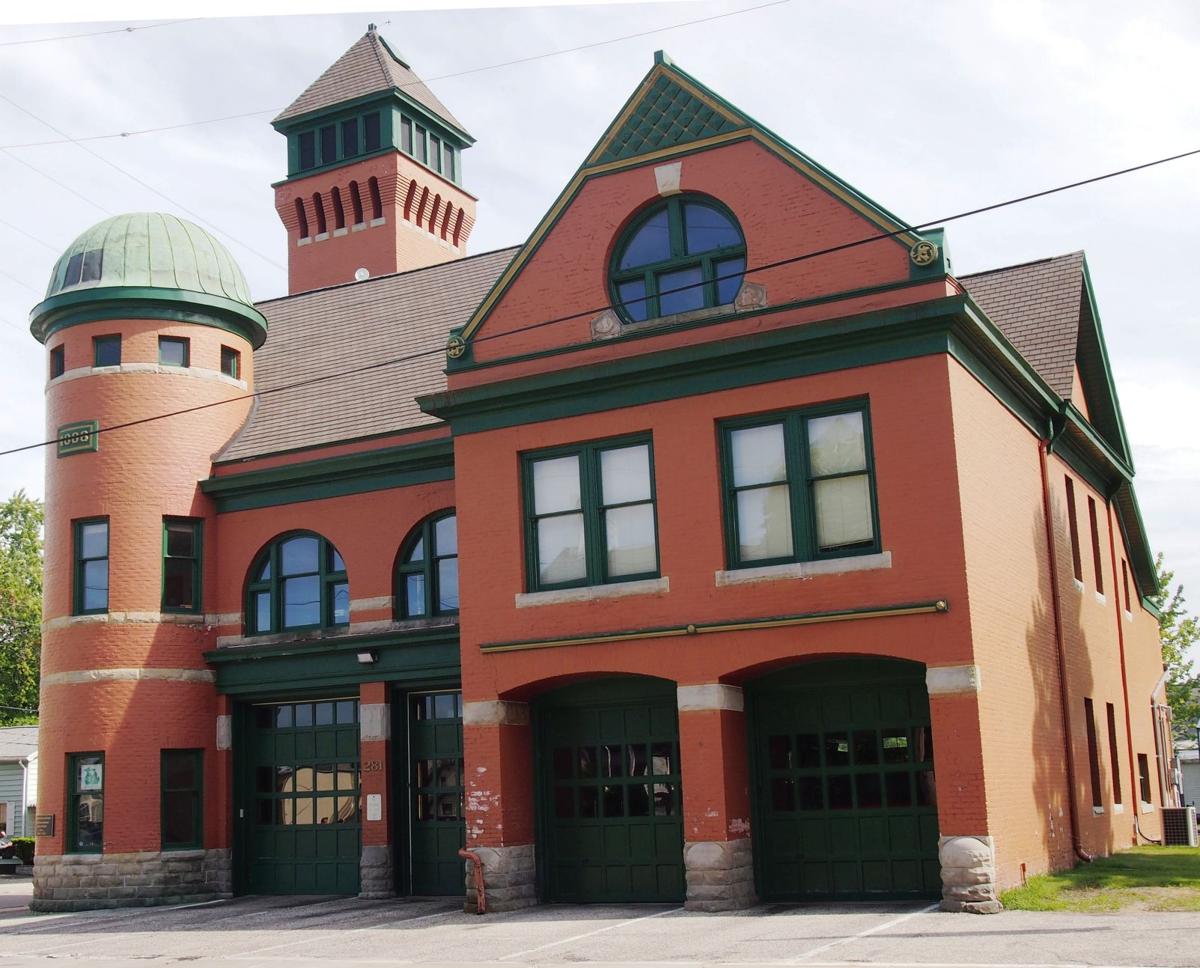 Manistee Fire Department is the “Oldest Continuously Manned Fire Station” in the world. 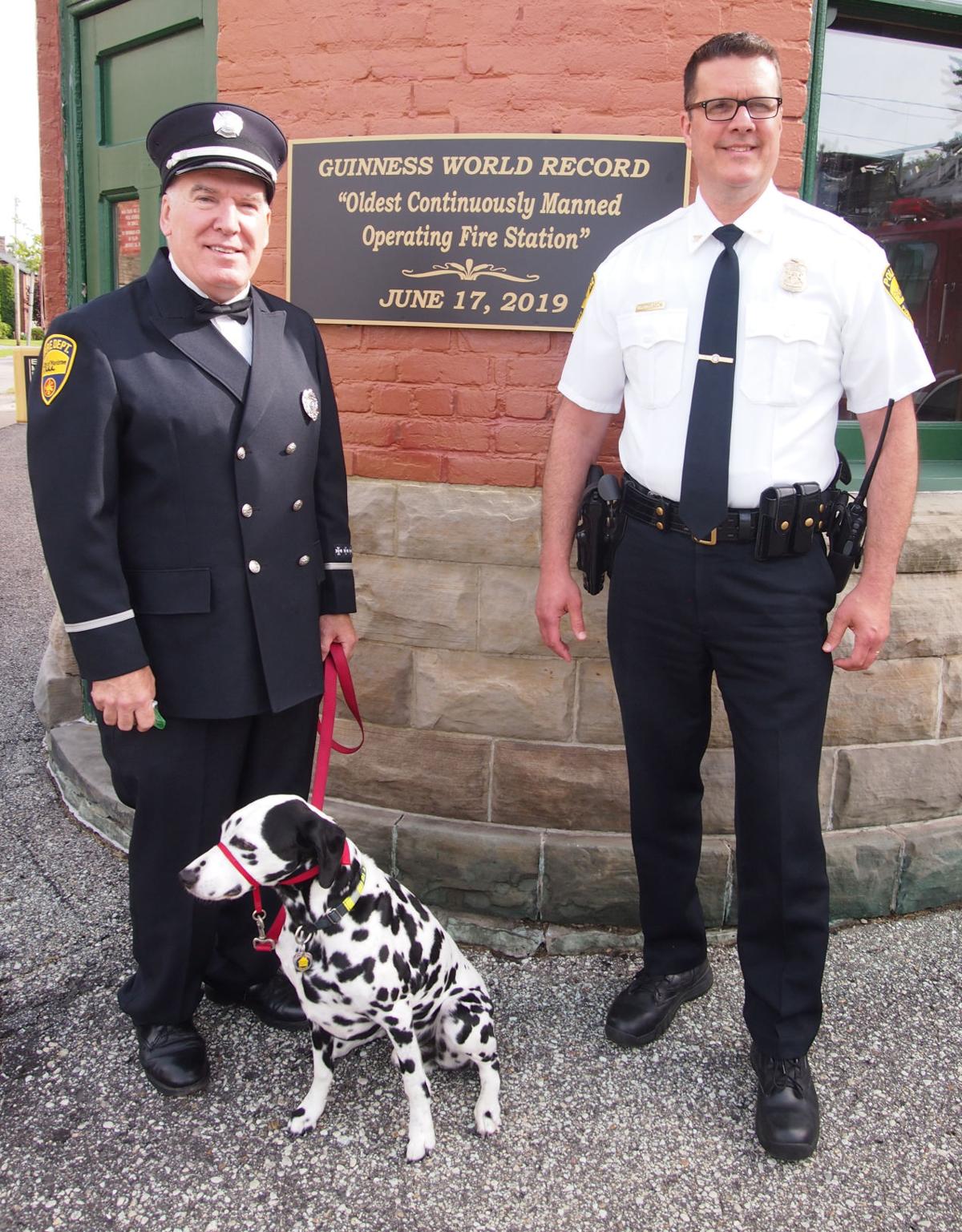 In one of the upper levels of the historic fire department, Captain John Peddie hangs a hose to dry.

Manistee Fire Department is the “Oldest Continuously Manned Fire Station” in the world.

Nobody says time-honored quite like the people of the Guinness Book of World Records, who last summer recognized the Manistee Fire Department as the “Oldest Continuously Manned Fire Station” in the world.

After months of exhaustive research by retired firefighter Fred LaPoint, Guinness presented the department with a plaque to honor the 19th century Romansque Revival style building. Thankfully, the old building is still showing its age — its meticulously-kept, spit and polished, age-defying age.

If on-duty firefighters aren’t out on a call — they respond to hundreds of medical emergencies and fires every year — they welcome visitors to tour their six-level building that once housed a team of horses to pull their pre-automobile brass and wooden fire carts.

“(Once the story came out June 17, 2019, about our Guiness Book of World Records honor) ... we saw a huge influx of people wanting to come in, people from many states, and some international visitors,” said firefighter Daniel Reck.

LaPoint led the years-long charge to gain the building the Guinness distinction.

“History is not something which is obscure, or unimportant,” LaPoint said. “History plays a vital role in our everyday lives. We learn from our past in order to achieve greater influence over our future.

“The station … tells the story about the pride, dedication, and commitment of the firefighters who have proudly served your city and county since the fire department’s formation in October of 1869, and the Manistee Fire Station’s opening June 17, 1889.”

The lower level that once held horses, steam engines, hose carts and water tanks – all pulled on wooden wheels – is now home to the department’s medical response vehicles and fire trucks.

The second floor was fitted with eight beds for on-watch firefighters – though just two routinely staff the building today – a kitchen, dining area, desk and study area, and in its early years, a coal storage area and another room that contained horse feed that was dropped down through one of four small trap doors to the horses, below. That area now serves as a work-out and weight-lifting room for the firefighters.

Ascending upward into a square, castle-like tower via a series of narrow, steep, winding stairwells is a fourth level where fire hoses are drawn up with ropes and pulleys, and then strung to the ground floor in their 50-foot lengths so they can dry out.

Above the hose-drying loft is another level where a large bell still hangs, a bell that once sounded alarms. And, at the very top of the 88-foot tall tower – above even the bell, itself – is a unique sixth level from where firefighters kept a 360-degree lookout over their city for any sight of smoke or fire during inclement weather and extreme dry conditions.

Captain John Peddie has been with the department for nearly a decade.

“Every time I stop for a minute and look around, it seems I see something unique, something different, something of real historical significance, that I didn’t see before,” Peddie said. “I continue to be amazed at just how solid this building is, how beautiful it is.

“Of course it’s a wonderful, historic building, but it’s still a reliable, working fire department, too. It continues to serve its intended purpose.”