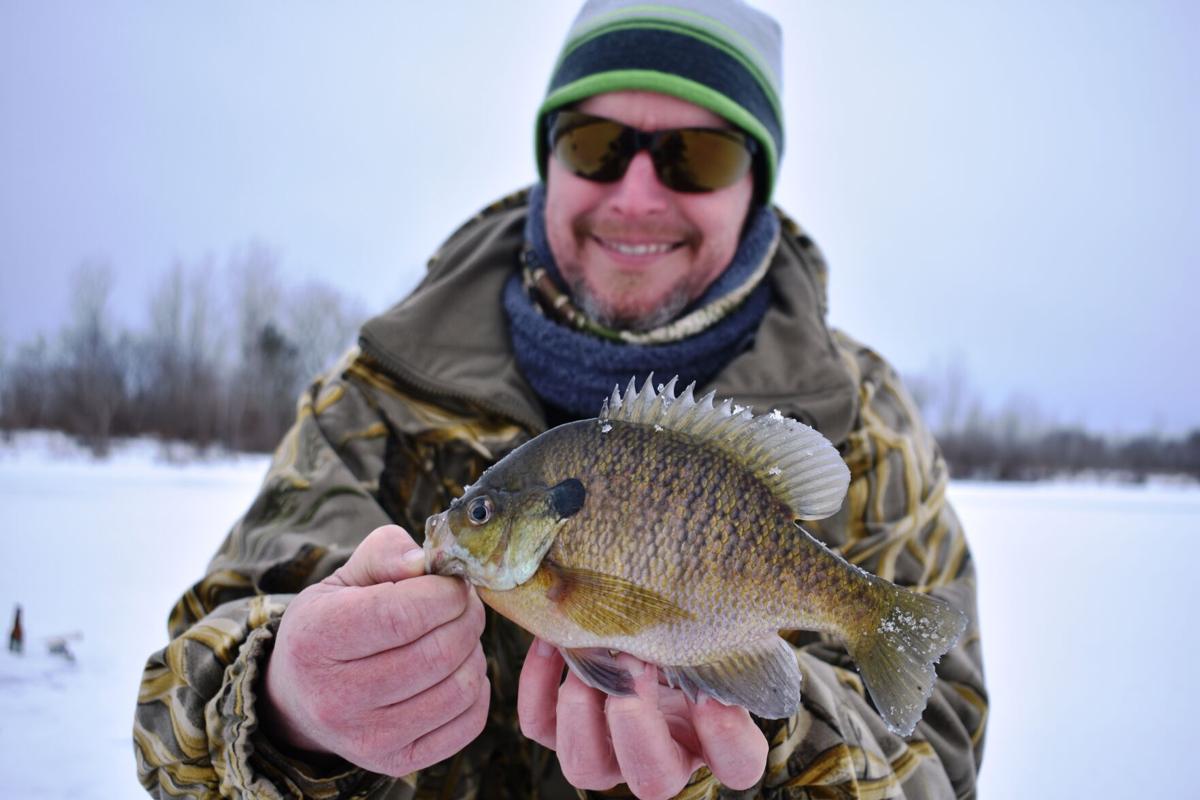 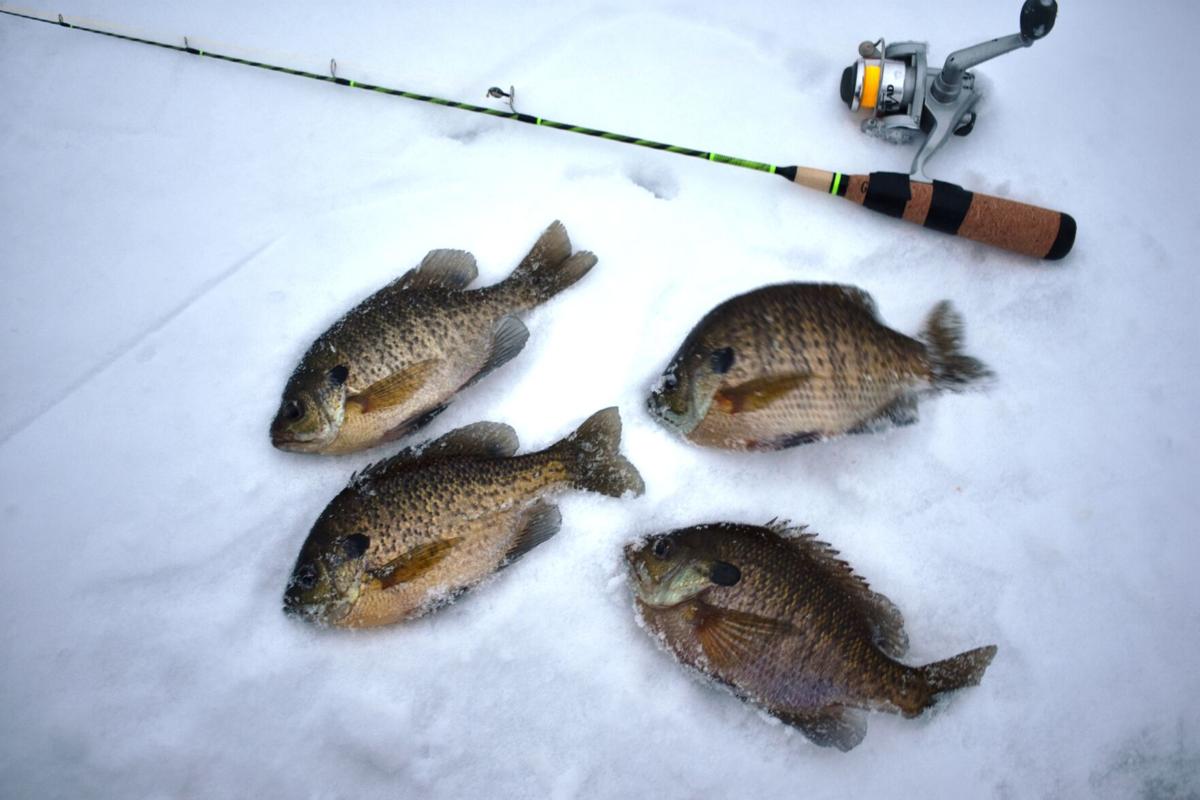 CHARLOTTE — Given our druthers, I suspect most of us would prefer to fish in idyllic settings — remote backwoods lakes or wild stretches of stream.

That’s not how it works most times. You have to fish when you can and often, the most nearby opportunities are the least scenic. But when Chris Freiburger invited me recently and said we’d go only minutes away from our meeting point — a big box store — I figured we were not going to get away from it all.

I was right; Freiburger directed me to follow him into a fairly new subdivision built around an abandoned gravel pit.

“These places always intrigued me,” said my oftentimes angling partner, who is a biologist with the Great Lakes Fishery Commission. “As a kid in Indiana — but I guess it’s no different anywhere else — even though there were a lot of lakes around, I always thought it was kind of cool to fish a farm pond. If you knew of a pond you could get on, it was a cool little find.

“From my recollection, in the ‘80s you had all these subdivisions built and part of the zoning was they had to put in storm water control. So they started digging bigger and bigger ponds and then, all of sudden, they made them even bigger so they could sell waterfront lots and get more for them.”

From there, it was a matter of time before developers started managing them as an asset, Freiburger said, stocking them with fish and hiring fisheries management consultants. Ponds began creeping up all over the place — often on the edge of town, but sometimes right in town.

“In most cases they were totally underutilized,” Freiburger said. “They’re everywhere and they don’t seem to get a tremendous amount of fishing pressure, but depending on what kind of management they have, they might have quality fishing. There are hundreds of them and nobody really thinks of subdivision ponds as fishing destinations.”

Because he knew the developer, Freiburger had access to a yet-to-be developed section of the gravel pit where we could park and access the ice. We journeyed out and started drilling holes. Within minutes I had my first bite and hauled in a 13-inch largemouth. Which, Freiburger said, was a tip off to what was going on in this pond (although he already knew).

“If you’re into pond management, you have the small bass/big bluegill option,” he explained. “You have a lot mouths feeding, so you keep the bluegill populations low and the ‘gills get bigger.”

Because few anglers fish the area, there are lots of bass. Fact is, the first five fish I caught were largemouths, four chunks and a toy bass. But when I finally caught a bluegill, it was just what we wanted: about 8 ½ inches, thick and healthy.

We only had a couple of hours to fish, so we didn’t do big numbers, but by the time we finished, three of us iced 18 bluegills, all of them at least 8 inches. And though I continued to catch more bass than ‘gills, it was a satisfying outing.

Freiburger — who is big on exploring new fishing holes — said he has fished a bunch of these places and has a handful he visits regularly.

“There’s half dozen that I fish that are the pick of the litter,” he said. “Not all of these ponds have great water quality. Some have too much run-off and are too high in nutrients and you get lot of weed growth or algae. A lake is a reflection of what is going on in the watershed and this one doesn’t have too much runoff.

“But in a pond, you have more control of the predator-prey equation,” he said. “In a big lake, there are so many others variables — weather, for instance — that impact the fish population. You can intensely manage a lake up to 100 acres and have a big impact on those populations.”

This particular pond was relatively shallow (a maximum depth of about 15 feet) and that helped us zoom in on where the fish were. We fished in eight to 10 feet of water and the fish were close to the bottom, which helped eliminate water. Generally speaking, fish tend to suspend less in shallow water and it’s relatively easy to cover a fair swatch of the water column. I caught as many fish as any of us — even though I couldn’t keep the bass off — without using a depth finder as all my bites came within a couple of feet of the bottom.

But part of the equation is, no doubt, that no one else was fishing it. The only holes in the ice were where we were fishing. Freiburger said that in his experience, few people take advantage of these little gems.

“To me it’s just a thought process — you grew up fishing on a lake that you had to travel to,” he said. “I think people just haven’t taken the opportunity to discover these places.”

Freiburger said he thinks because this pond is rarely fished, the fish aren’t educated and are easier to catch than on popular lakes. He’ll get no argument from me.

Good fishing may be a lot closer to home than many folks think.

“You might not want to sit out in somebody’s backyard,” Freiburger said, “but once you start catching fish, you kind of forget about that.”