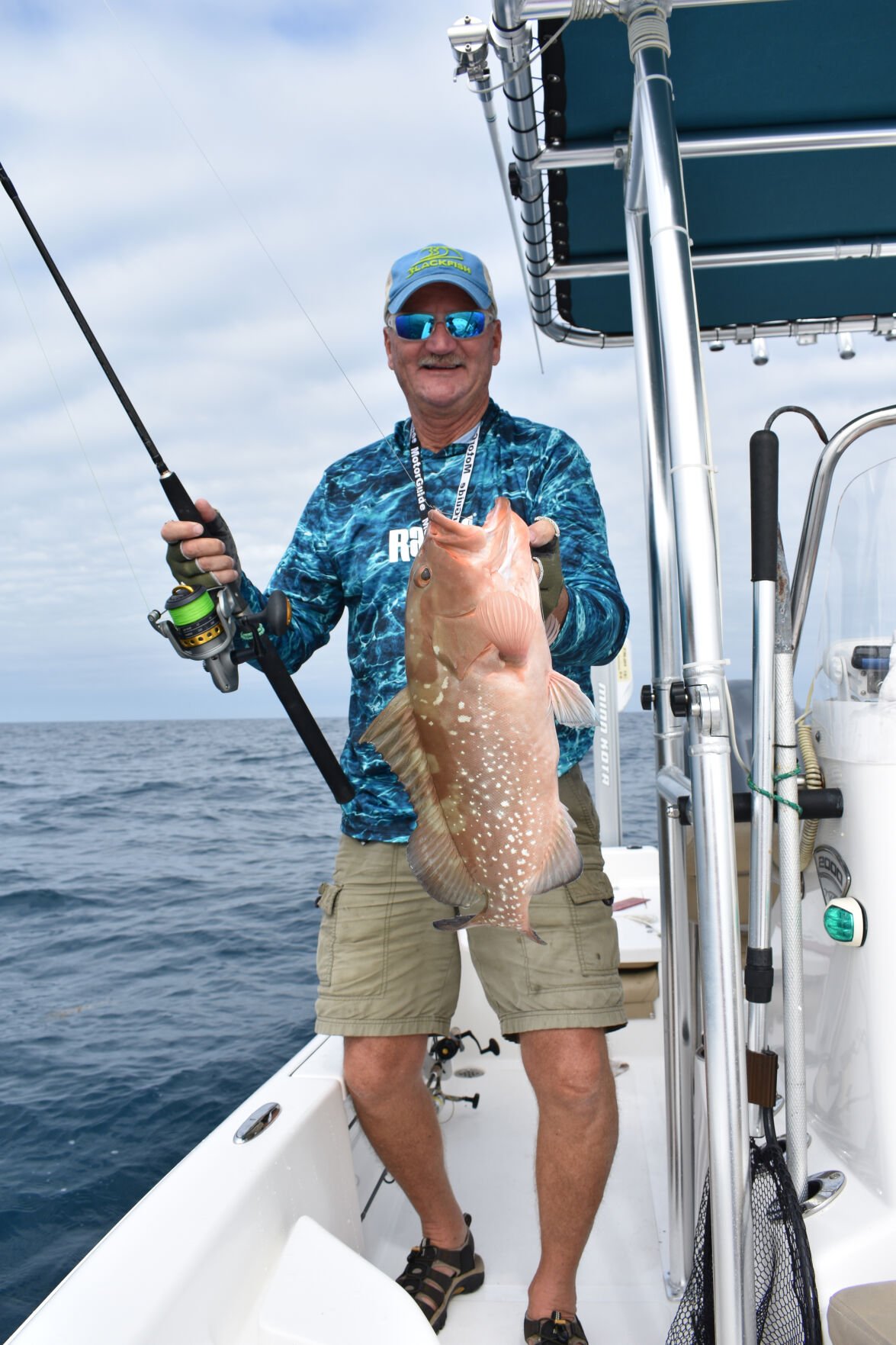 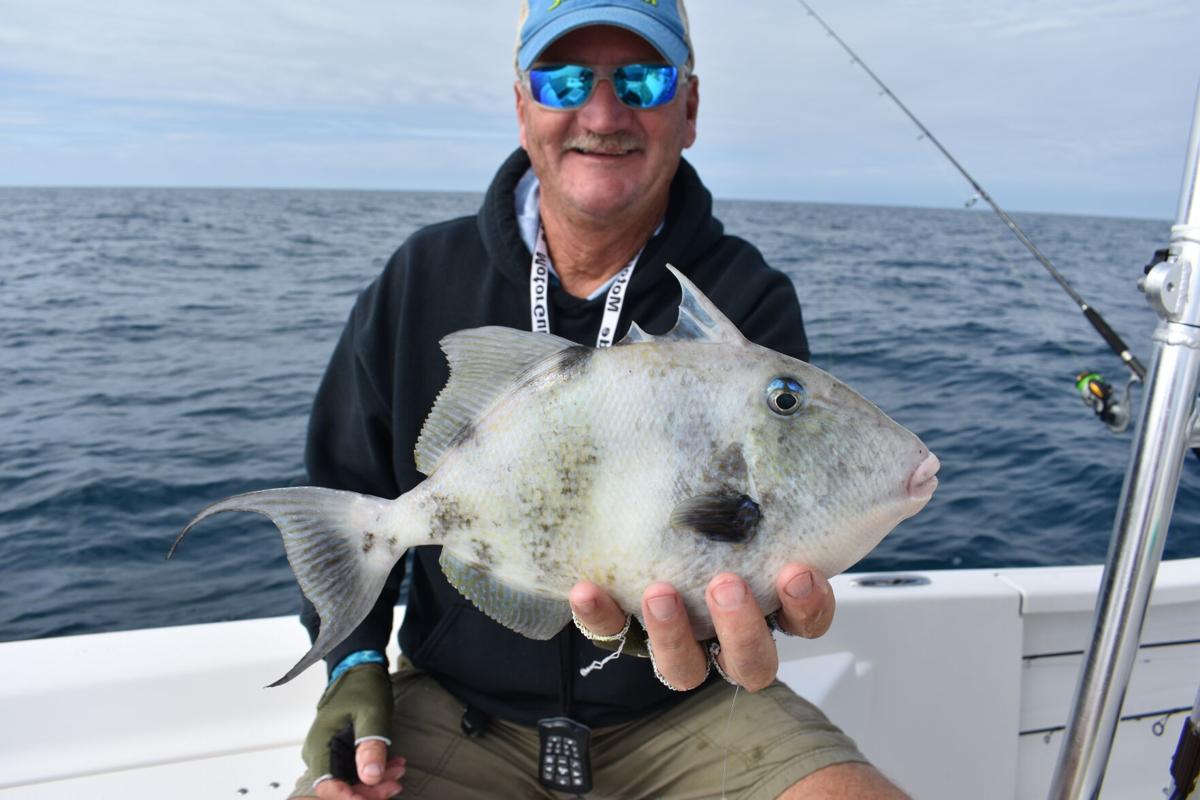 Steve Barry shows off a triggerfish. 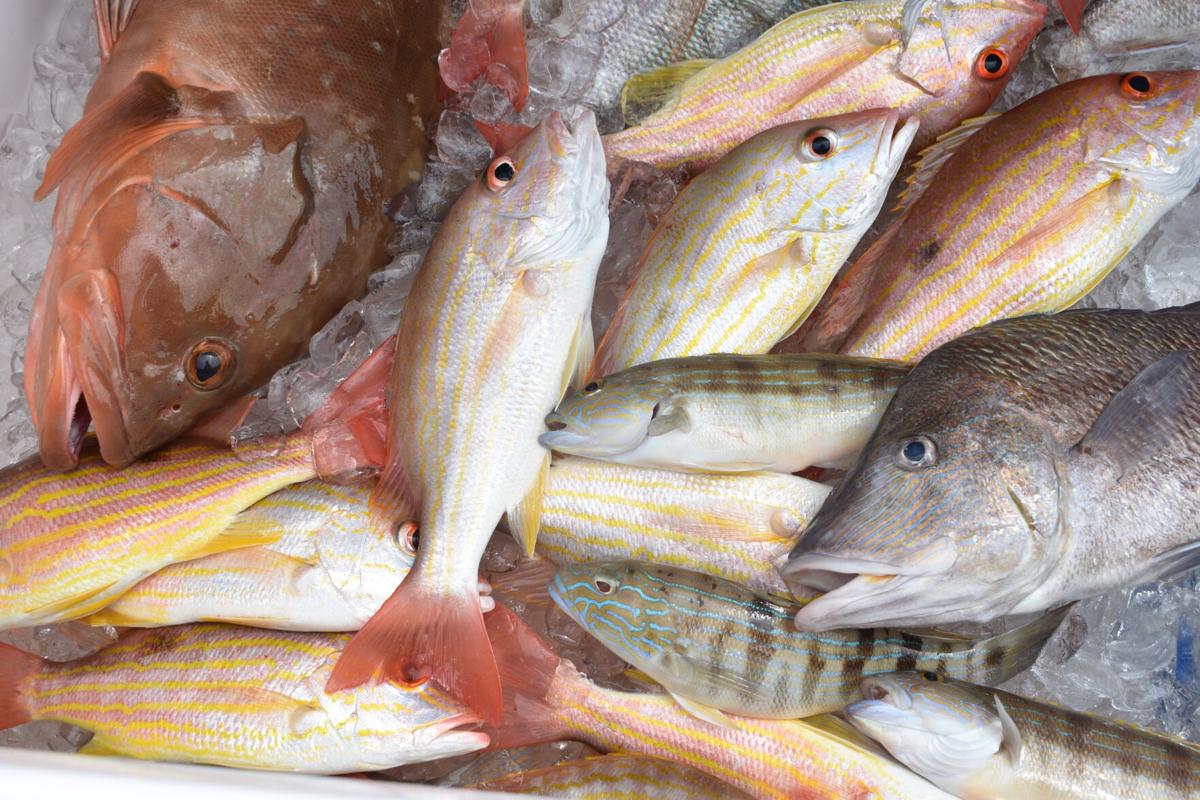 A mixed bag of reef fish from the Gulf of Mexico.

Steve Barry shows off a triggerfish.

A mixed bag of reef fish from the Gulf of Mexico.

ST. JAMES CITY, Fla. — The whole idea of a dateline on a newspaper story is to give the readers an idea of where the action is taking place. But we were 30 miles out into the Gulf of Mexico from the home base, far enough away to make a dateline almost meaningless.

But the fishing was excellent.

I was with Steve Berry, a local resident here now, but a relocated Michigander, who one day, sold off his ice fishing gear and moved to where the whole idea of hard water is something you put in a cocktail glass.

The son of a pair of snowbirds who had wintered in the other peninsula state for 25 years or so, Berry said he’d always planned on moving to Florida and when everything came together, he made the move, telling all his buddies to make sure they looked him up if they ever got down to the Sunshine State.

He’d picked a day when the forecast called for relatively modest winds because you can’t get out here every day and though there are about a billion potential fishing opportunities in Florida, going offshore to fish reefs has become his favorite.

“I like it all,” said Berry, 58, with whom I had only fished for walleyes in Michigan, “but going offshore, you can get a pile of fish in the boat in no time. It’s like grocery shopping.”

Indeed. Berry said it only took him a couple of trips out with friends to pick up the drill and when we made our first stop, we caught fish almost immediately.

We used chunks of cut squid for bait, fishing on bottom in 70 feet of water with a 1 1/2-ounce tunnel sinker and a circle hook.

“It’s easy fishing if you know how to read a graph,” Berry said. “You’re looking for hard bottom. It’s just like just like looking for perch out in the big lake. If you land right on them, it can be fast and furious. It’s easy to get spoiled down here because the fishing can be so good.”

Within minutes of starting, Berry reeled in a sand perch, a smallish fish that looked rather like our yellow perch in shape, but with different coloration, that Berry says are the best eating of them all. Then I hauled in a porgy, a panfish of which there are dozens of species and are also good eating, Berry said.

Then Berry caught a triggerfish, that was just an inch or so too small to keep, and then I caught a grunt, of which there about 150 species in the family — I can’t even begin to tell which species this one was — which have been called the most underappreciated fish in the Gulf, both as quarry and table fare.

And it seemed like everything we caught was good tale fare, according to Berry.

We stayed on that spot for about an hour and put about a dozen fish of various varieties on ice when Berry said it was time to move because the fishing was too slow.

“If you land right on them, it’s drop it down and set the hook, just like perch fishing used to be,” he said.

Except all these fish would shame perch on the end of the line.

Our second spot, a few miles away from our first, was what he was talking about. We started catching them immediately: sand perch, red grouper and lane snapper — a colorful panfish, which is also good eating.

We caught a bunch of undersized red grouper (they have to be 20 inches to keep) and suddenly the catching came to a halt.

“A big fish must have moved in,” Berry said. “Probably a shark or a goliath grouper. It’s just like bluegill fishing — when a pike or a big bass moves through, they scatter.”

The lull didn’t last too long. The catching picked back up again.

We stayed on our second spot for about 90 minutes and caught fish pretty steadily. But the wind was building — it was from the east so we’d have to fight it on our way back in — and Berry suggested we call it a day.

It was a pretty good day’s fishing, Berry said.

“It’s very typical to catch a variety of species,” he said. “There’s all sorts of food on hard bottom out here, crabs and shrimp, and it attracts all your reef fish — triggerfish, snappers, grouper, porgies, sand perch and grunts. They’re all in here.”

Berry said the most important variable in this fishery is the tides.

“You’ve got to have a moving tide,” he said. “Coming out or going in, it doesn’t matter, but if it’s not moving, they don’t bite. I have talked them into biting by drifting; if you can keep it moving. I think it’s a reaction bite.”

It took about 90 minutes to get back in, fighting the seas in Berry’s 20-foot bay boat. As we pulled into the canal heading to the launch ramp, the pelicans abandoned their perches on the dock posts and swam behind the boat. By the time we made it do the cleaning station, there were a dozen of them floating around, just waiting for us.

So much for the term “bird-brained,” eh? They — as well as a great blue heron and large egret — knew exactly what was coming: It was dinner time.