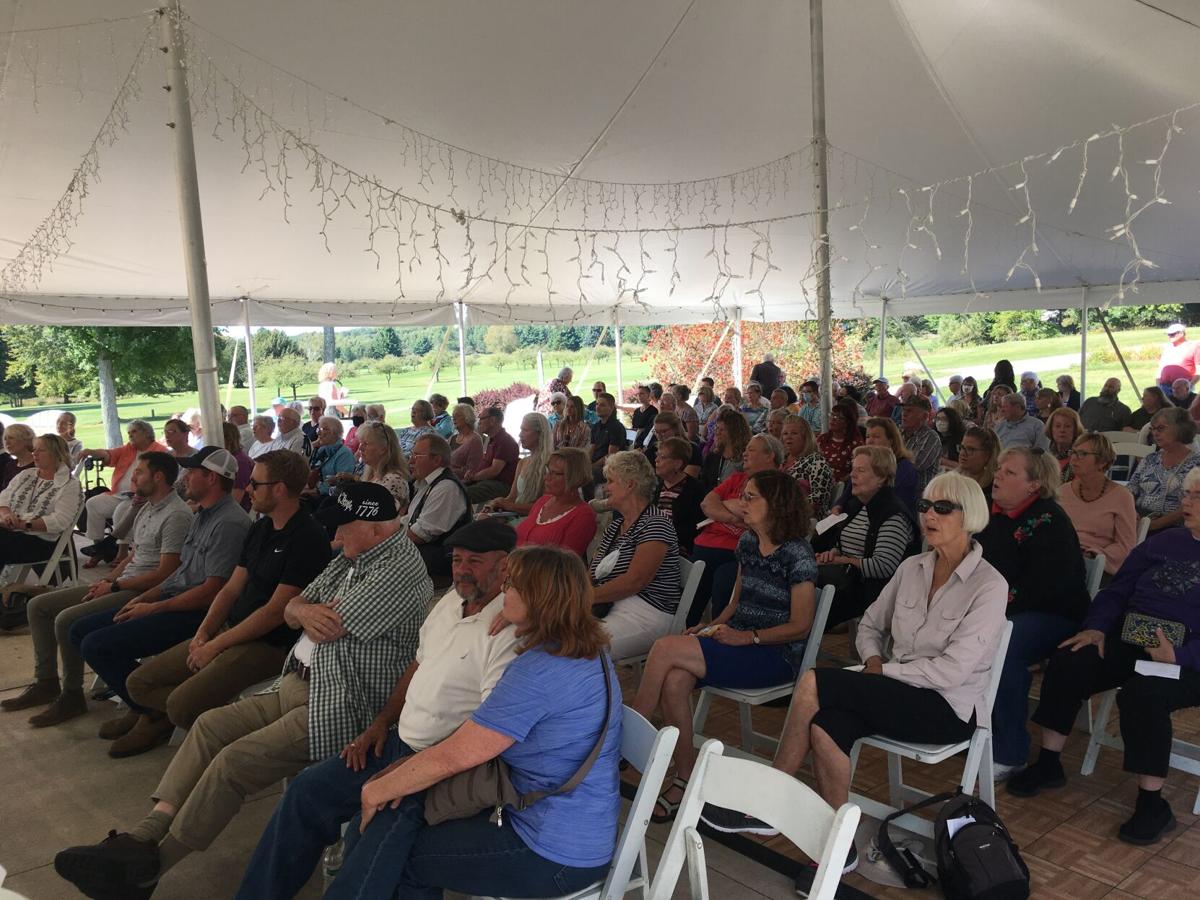 A Benzie county-based Michigan Faith in Action Group meets at Crystal Lake Golf Course to discuss the housing crisis and access to internet. 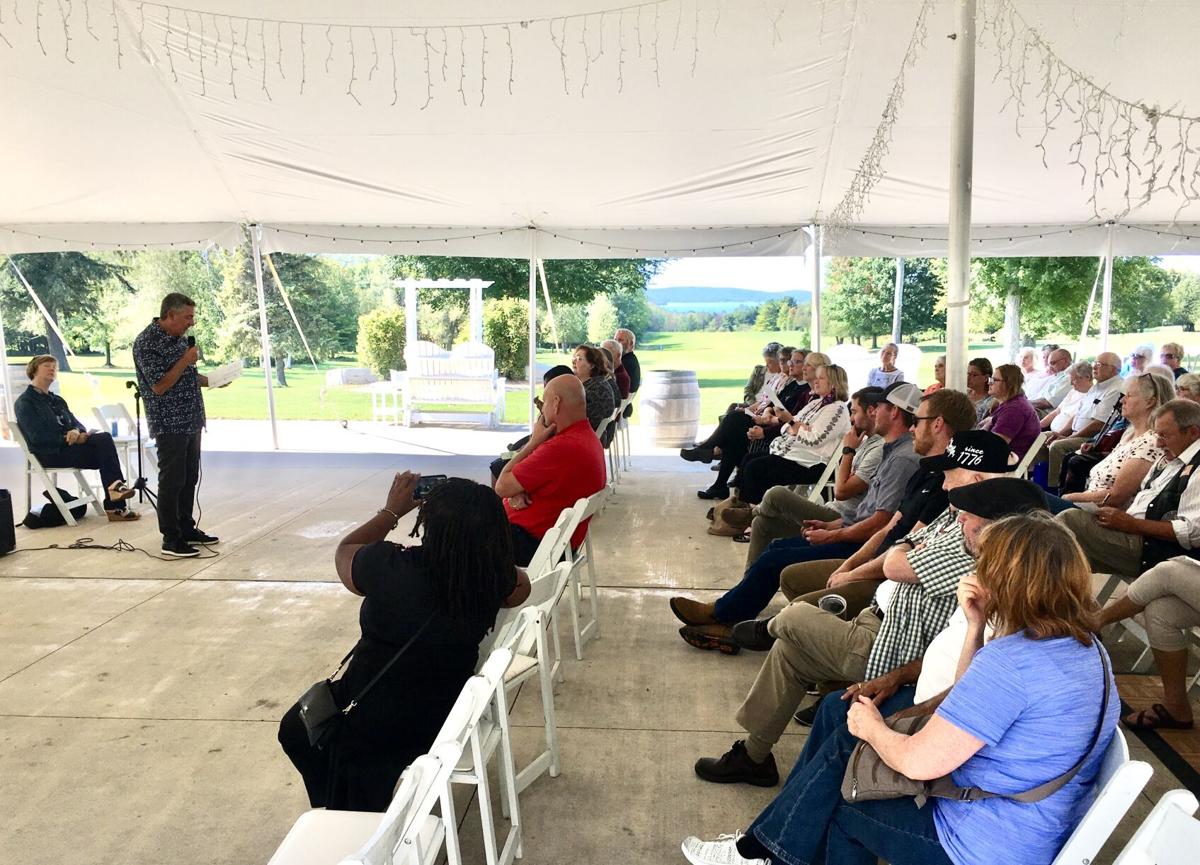 Rev. Chuck Towersey of Interlochen's Fresh Wind Christian Community, right, speaks at a launch event for a group of Benzie County churches who organized to help address the county's housing crisis and access to internet.

A Benzie county-based Michigan Faith in Action Group meets at Crystal Lake Golf Course to discuss the housing crisis and access to internet.

Rev. Chuck Towersey of Interlochen's Fresh Wind Christian Community, right, speaks at a launch event for a group of Benzie County churches who organized to help address the county's housing crisis and access to internet.

BEULAH — More than a dozen churches are forming a coalition to help address access to affordable housing and internet in Benzie County.

The group, Benzie Faith in Action, held a founding ceremony at Crystal Lake Golf Club in Beulah with about 180 community members attending in support.

“What excites me about this is we have a variety of pastors and congregations coming together from a variety of theological perspectives that are saying we’re going to set our differences aside,” said Rev. Chuck Towersey of Interlochen’s Fresh Wind Christian Community.

Guest preachers attended from both the Detroit and Flint areas, aided in part by Luke Allen of Michigan Faith in Action, a native of Bear Lake.

Such a group is rare for a rural county. Faith in Action groups are primarily downstate.

“We are going to, together with unity around Jesus, and out of that unity, work together to accomplish something that individually as pastors as individual congregations, we could never do on our own. But together, we’ll be able to really accomplish much more,” Towersey said.

Attendees are seeking long term solutions to the problems facing the area, and are seeking partnership with other churches and elected officials.

Sen. Curt VanderWall, R-Ludington, and school district officials attended to the event Sunday. Towersey said he agreed to help the group address the issues. The faith-based organization hopes to work with other agencies for change in the community. The next step is figuring out how.

“We’re at the beginning of that process,” said Rev. Ann Hébert of St. Andrews Presbyterian Church in Beulah, co-chair of the group. “These issues are real issues here. For our families, and for our communities.”

The housing issues Benzie County faces compared to Grand Traverse are different animals of the same beast, Towersey said, who has worked with the homeless in Traverse City.

The booming northern Michigan real estate market as of a result of the pandemic has led many landlords to sell their rentals, displacing tenants in the process.

Other homelessness issues in the county stem from a lack of transitional housing for those previously incarcerated, also a lack of a “safe house” to those living with an abusive partner.

“The changing demographics are staggering in terms of household income, in terms of the median home values,” said Towersey, who added that the same trends in Grand Traverse County are moving in every direction.

Regarding the access to internet, co-chairmen said many residents simply don’t have access to high-speed internet unless they make use of expensive satellite alternatives. That put students and school districts in a difficult spot amid the COVID-19 pandemic.

Hébert said the common goal the churches have — make a difference in their own community — is wonderful to see.

“I haven’t seen this kind of thing done so often,” Hébert said.