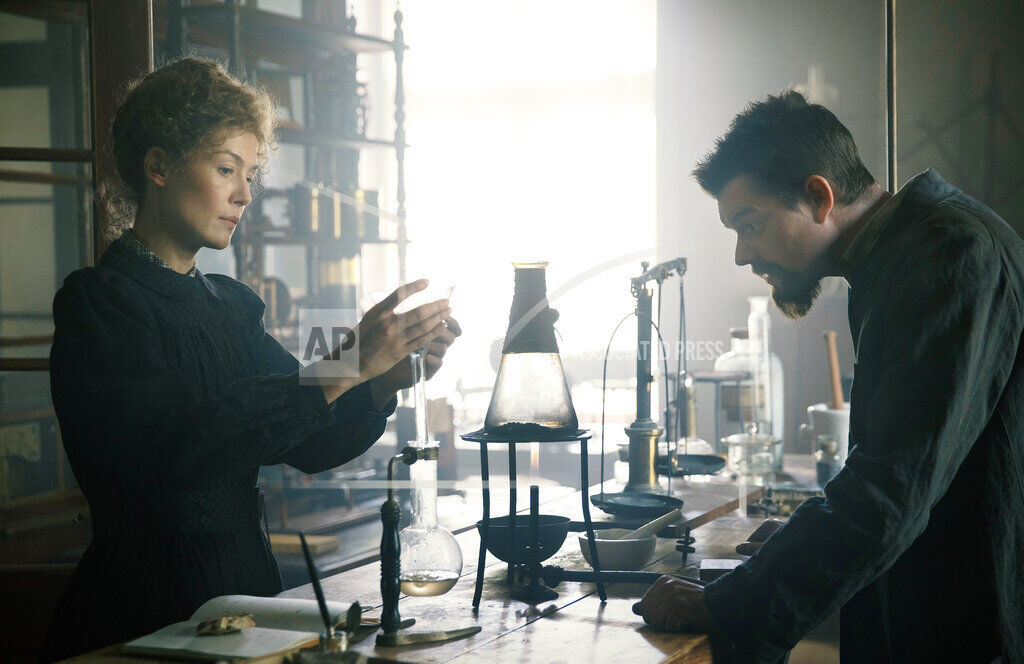 This image released by Amazon shows Rosamund Pike as Marie Curie, left, and Sam Riley as Pierre Curie in a scene from “Radioactive.” 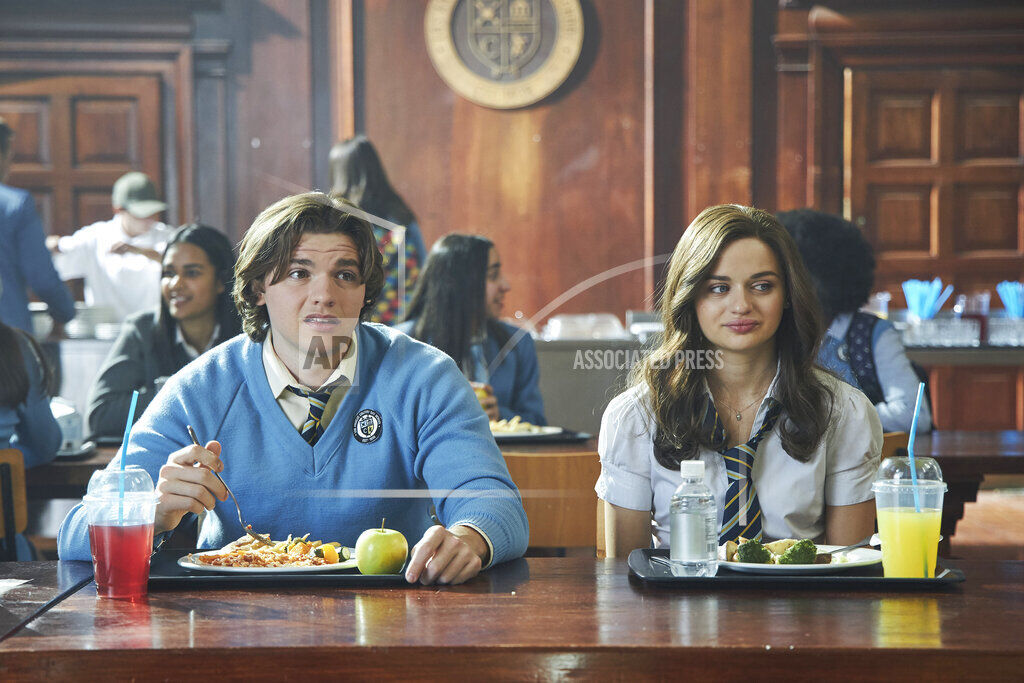 This image released by Netflix shows Joel Courtney, left, and Joey King in a scene from "The Kissing Booth 2."

This image released by Amazon shows Rosamund Pike as Marie Curie, left, and Sam Riley as Pierre Curie in a scene from “Radioactive.”

This image released by Netflix shows Joel Courtney, left, and Joey King in a scene from "The Kissing Booth 2."

2. Jack Whitehall: I’m Only Joking: The award-winning actor, comic and presenter shares stories of his infamous father, a disastrous audience interaction and an uncomfortable encounter at the Berlin airport in this special recorded in January 2020 at Wembley Stadium in London.

3. Fear City: New York vs. the Mafia: In the 1970s, New York City was ruled with an iron fist by five families until a group of federal agents attempted the unthinkable: taking them down. This documentary tells how “La Cosa Nostra” was broken during the height of its power in the 1980s.

4. The Kissing Booth 2: A high school senior is torn between her long-distance relationship with her Harvard freshman boyfriend and a promising friendship with a handsome new classmate in this sequel to the 2018 romantic comedy. Rated TV-14.

1. Marianne & Leonard: Words of Love: A chronicle of the relationship between Canadian poet, writer and singer Leonard Cohen and his muse Marianne Ihlen, who inspired many of Cohen’s songs. Much of the film focuses on the couple’s time together on the Greek island of Hydra in the 1960s and ‘70s. Rated R for some drug material, sexual references and brief nudity.

2. To the Stars: Set in 1960s Oklahoma, the drama follows a withdrawn farmer’s daughter who forges an intimate friendship with a worldly but reckless new girl in her small town.

3. The Assistant: An assistant to a powerful film executive becomes aware of the insidious abuse in her office. Rated R for some language.

4. The Last Full Measure: Director Todd Robinson presents this drama about the efforts of a Pentagon staffer to see that a heroic Vietnam War airman receives the U.S. military’s highest honor, the Medal of Honor, 34 years after his death. Rated R for war violence and language.

1. My Spy: An FBI agent is at the mercy of a precocious 9-year-old girl after being sent under cover to surveil her family in this comedic film from director Peter Segal (“Anger Management”). Rated PG-13 for action/violence and language.

2. Vivarium: Jesse Eisenberg and Imogen Poots (“The Look of Love”) star as a young couple who buy into a seemingly picture perfect subdivision but can’t seem to leave. Rated R for language and some sexuality/nudity.

3. Radioactive: This U.K. drama follows the scientific and romantic passions of Marie Sklodowska-Curie and Pierre Curie and the repercussions of their work throughout the 20th century. Rated PG-13 for thematic elements, disturbing images, brief nudity and a scene of sensuality.

4. Jim Gaffigan: The Pale Tourist: This stand-up special was filmed in Barcelona, Spain and Ontario, Canada as part of his most recent worldwide tour. Gaffigan meets people, enjoys their food and learns about the history. He used those experiences as material for his act.

1. Pirates of the Caribbean: Dead Men Tell No Tales: Captain Jack Sparrow is pursued by old rival Captain Salazar and a crew of deadly ghosts who escaped from the Devil’s Triangle. Rated PG-13 for sequences of adventure violence and some suggestive content.

2. Rogue Trip: Journalist Bob Woodruff travels the world with his 27-year-old son, focusing on places the average tourist is least likely to visit.

3. Fantastic 4: Four young outsiders teleport to an alternate and dangerous universe that alters their physical form in shocking ways. They must learn to harness their new abilities and work together to save Earth from a former friend. Rated PG-13 for sci-fi action violence and language.

4. Monsters University: A look at the relationship between Mike Wazowski (voiced by Billy Crystal) and James P. “Sully” Sullivan (John Goodman) during their days at Monsters University, when they weren’t necessarily the best of friends. Rated G.