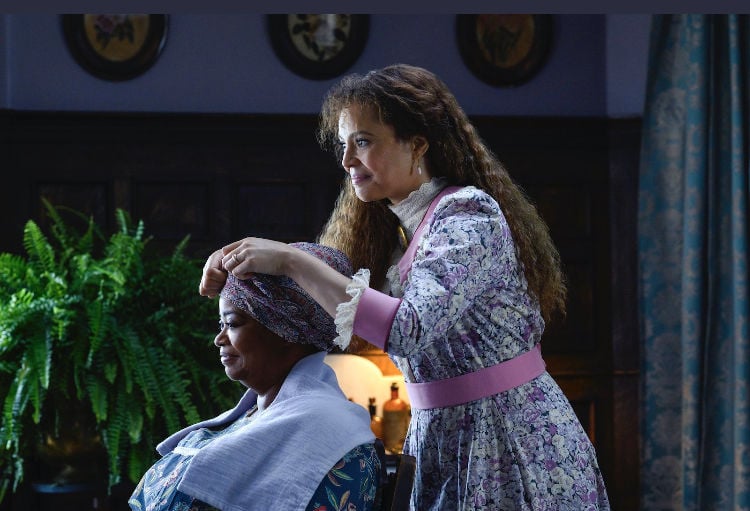 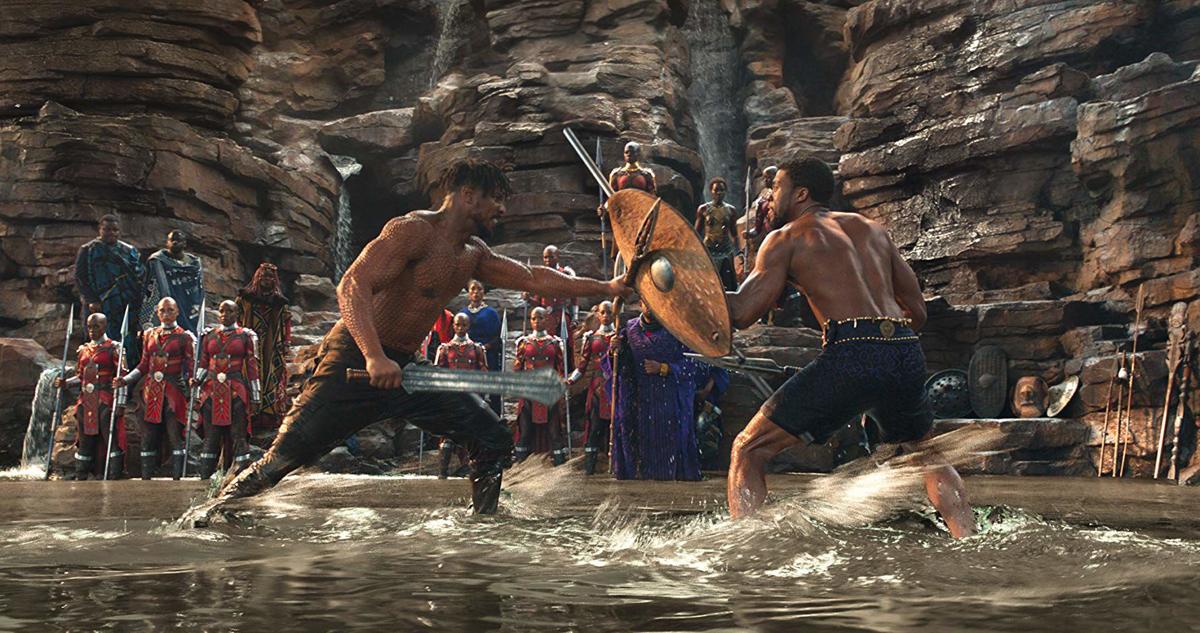 Michael B. Jordan, left, and Chadwick Boseman in a fight scene from “Black Panther.”

Michael B. Jordan, left, and Chadwick Boseman in a fight scene from “Black Panther.”

3. Ultras: An aging soccer fanatic faces the reality of his past, while struggling to give himself and a young follower different futures in this drama movie from Italy.

4. A Life of Speed: The Juan Manuel Fangio Story: This documentary from Argentina tells the story of the five-time Formula One champion Juan Manuel Fangio’s life and career through archival footage and interviews with those in the sport, family and friends.

5. The Magicians: After being recruited to a secretive academy, a group of students discover that the magic they read about as children is very real and more dangerous than they ever imagined. Rated TV-14.

1. Monos: On a remote mountaintop, eight kids with guns watch over a hostage and a conscripted milk cow. Rated R for violence, language, some sexual content and drug use.

2. Keeping Up with the Kardashians: Season 17 of the unscripted Bravo series finds Kim Kardashian West revealing some of the most intimate aspects of her relationship, while embarking on the most transformative year of her life yet. That is, until Season 18. Rated TV-14.

4. Big Time Adolescence: A suburban teenager comes of age under the destructive guidance of his best friend, an aimless college dropout. Rated R for drug content, alcohol use, pervasive language and sexual references — all involving teens

5. Fighting with My Family: A former wrestler and his family make a living performing at small venues around the country while his kids dream of joining World Wrestling Entertainment. Rated PG-13 for crude and sexual material, language throughout, some violence and drug content.

1. Pet Sematary: The second adaptation of Stephen King’s novel. Dr. Louis Creed and his wife Rachel relocate from Boston to rural Maine with their two young children. The couple soon discovers a mysterious burial ground hidden deep in the woods near their new home. Rated R for horror violence, bloody images and some language.

2. Blow the Man Down: Mary Beth and Priscilla Connolly attempt to cover up a gruesome run-in with a dangerous man. To conceal their crime, the sisters must go deep into the criminal underbelly of their hometown, uncovering the town’s darkest secrets. Rated R for language, some violence, sexual material and brief drug use.

3. The Test: A New Era for Australia’s Team: The Australian Mens Cricket Team has been rocked by a cheating scandal, and now they must rebuild their culture and reclaim their status as the world’s number one side. Rated TV-14.

4. Jessy and Nessy: A show for preschoolers about a little girl named Jessy, whose magical glasses allow her to see a whole world of animated characters — which she explores with her sea monster friend, Nessy. Rated TV-G.

5. Carnival Row: A human detective and a fairy rekindle a dangerous affair in a Victorian fantasy world, where the city’s uneasy peace collapses when a string of murders reveals an unimaginable monster. Rated TV-MA.

1. Frozen II: Anna, Elsa, Kristoff, Olaf and Sven leave Arendelle to travel to an ancient, autumn-bound forest of an enchanted land. They set out to find the origin of Elsa’s powers in order to save their kingdom. Rated PG for action/peril and some thematic elements.

2. The Finest Hours: The Coast Guard makes a daring rescue attempt off the coast of Cape Cod after a pair of oil tankers is destroyed during a blizzard in 1952. Rated PG-13 for intense sequences of peril.

3. Wicked Tuna: Teams of tuna fisherman battle the elements and each other to catch the most Giant Bluefin Tuna. Rated TV-14.

4. Black Panther: T’Challa, heir to the hidden but advanced kingdom of Wakanda, must step forward to lead his people into a new future and must confront a challenger from his country’s past. Rated PG-13 for prolonged sequences of action violence and a brief rude gesture.

5. The Mandalorian: The travels of a lone bounty hunter in the outer reaches of the galaxy, far from the authority of the New Republic. Rated TV-PG.