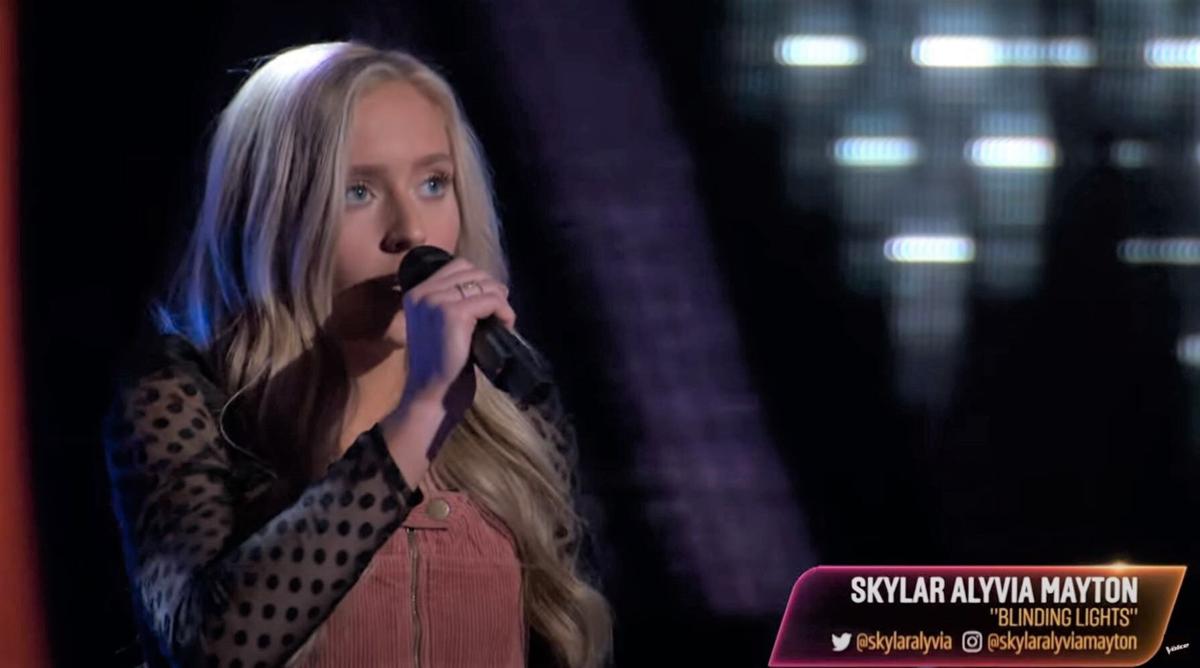 Skylar Mayton in a screenshot from “The Voice.” 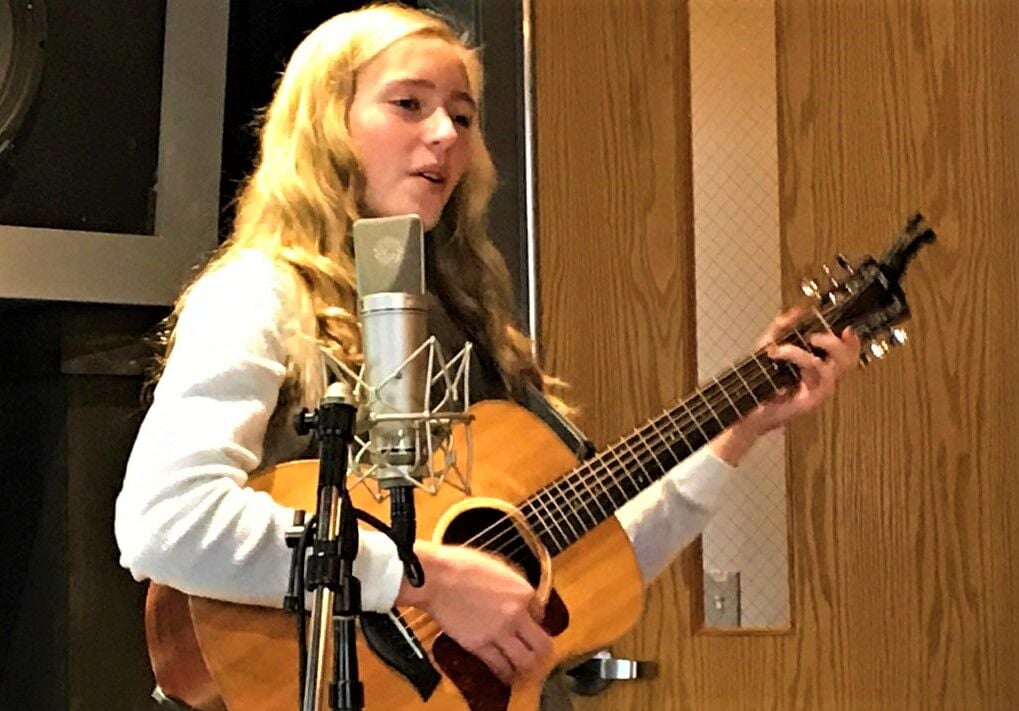 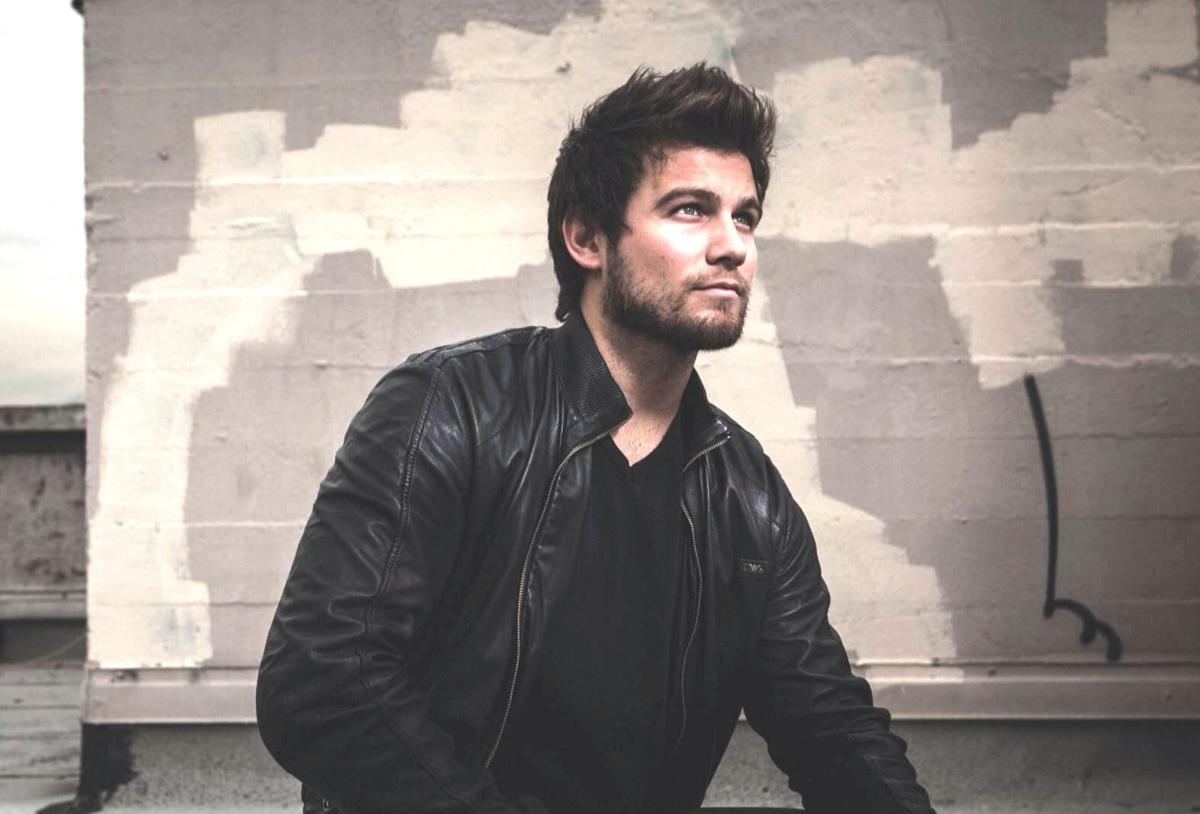 Skylar Mayton in a screenshot from “The Voice.”

TRAVERSE CITY — Michigan-bred singers have turned a lot of heads on NBC’s “The Voice” over the years.

This season, two Grand Rapids-area singers have made a splash during the show’s blind auditions.

Last week, 15-year-old Skylar Mayton from Ada, Mich., performed a rendition of The Weeknd’s “Blinding Lights” on the show, making a big impression on judge Kelly Clarkson who chose the teen to continue performing in the next round of the Season 19 competition. Mayton will be part of Clarkson’s team of singers on the show.

“I’m so stoked to know you’re that gifted that young. It’s really awesome,” Clarkson gushed after Mayton’s performance on “The Voice.”

Mayton is the second Ada native in two weeks to make the first cut on “The Voice.”

In October, classically trained singer Ryan Gallagher, 31, who’s now based in Los Angeles and has served as a backing vocalist for Josh Groban, impressed judges with a soaring version of Andrea Bocelli’s “The Prayer” during his blind audition.

Clarkson, who called Gallagher’s voice “so magical,” will also be his coach on the show.

For Mayton, it’s been a whirlwind ascent in the world of entertainment.

The young singer and actor already has appeared in films, recorded songs in Nashville at age 12, performed the national anthem for the Chicago Bulls and West Michigan Whitecaps, and collaborated with Nashville producer and songwriter Nathan Walters.

“I’ve been singing pretty much since I could start talking,” she said. “I started piano at 6 and then took up guitar. … My goal is to become a much better songwriter and guitar player.”

Just a year ago, she was chosen during “American Idol”-style auditions to become the lead vocalist for Five Strand Fusion, a teen band formed by Walk the Beat and Spread the Music founder Dave Palmer of Grand Haven.

The West Michigan band played its first official show in February, then fired up West Michigan’s first drive-in concert during the pandemic in June in a Grand Haven parking lot.

“We have all loved Skylar from the moment we met her at the Five Strand Fusion auditions,” Palmer said. “She has always been truly professional about any of the decisions she makes in her career. She’s very talented, ambitious and hardworking.”

Cheryl Roberts, the mother of a Five Strand Fusion band member, called Mayton “truly a gem with an incredible voice. Skylar has a heart of gold and I am super excited to see where her musical journey takes her.”

Praise rolled in from a bevy of fans on Mayton’s Facebook pages after her network TV debut.

“I just watched you sing on ‘The Voice.’ You are amazing, especially for 15,” one commenter wrote. “Your mom looked so proud of you. I am also from Michigan. Way to represent!”