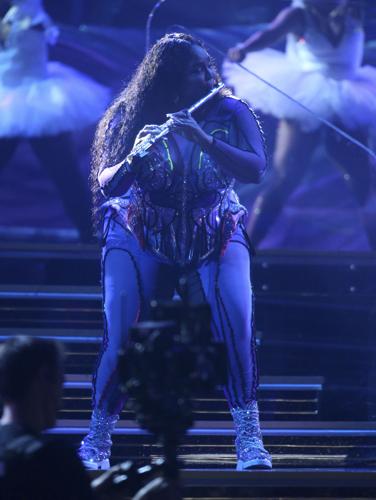 Lizzo plays the flute during her performance at the 62nd annual Grammy Awards, Jan. 26, 2020, in Los Angeles. 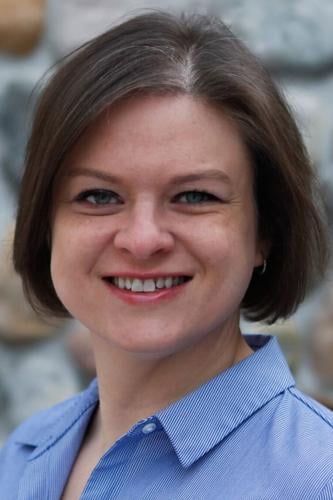 We received multiple complaints from listeners recently when we broadcast music performed by the Vitamin String Quartet. They’re a standard string quartet in terms of instrumentation, but they play their own arrangements of pop songs.

Another listener was very upset that IPR broadcast a story about Lizzo playing James Madison’s flute during a recent concert in Washington, D.C.

Lizzo is a pop artist, sure, but she’s also a classically trained flutist who had spent the day of the concert at the Library of Congress exploring a curated collection of historical flutes.

What these two strong, negative responses have in common is the sense of separation that people want to maintain between popular music and classical music.

The smarty pants in me wonders if that means classical music has to be unpopular.

The historian in me knows that the Vitamin String Quartet is just one example in a long line of classical musicians drawing on popular music favorites.

The distance between “popular” and “classical” music isn’t nearly as spacious as I think some people wish it was — that’s true now, and it’s true historically.

Beethoven composed more than 20 sets of piano variations (also called theme and variations), the vast majority of which used a popular song of the time as the theme. It’s akin to writing a set of variations on the latest trending Taylor Swift or, yes, Lizzo song.

Brahms jammed his Academic Festival Overture full of melodies from popular drinking songs of the era like “Gaudeamus Igitur,” or “Therefore, let us be merry.”

Renaissance composers frequently wrote masses whose melodies were based on popular songs of the day. Dozens of composers wrote masses — performed in churches — based on “L’homme armé,” a French secular tune that was a favorite of Charles the Bold.

There’s plenty of historical precedent for overlap between “popular” and classical (unpopular?) music.

So why do people find it so off-putting when Classical IPR has the occasional pop tune or artist on the air performed with classical instrumentation?

Someone asked me recently why Classical IPR had stopped playing “pure” classical music in recent years. I wasn’t quite sure how to respond.

The smarty pants in me wanted to say, “Puri? Like the choral composer Stefan Puri?”

The historian in me wanted to raise the alarm about the terrible things that have happened in American and global history in the name of keeping institutions, music, art and populations “pure.”

Instead, I said, “What do you mean by ‘pure’ classical?”

They responded, “You know, Beethoven and Brahms.”

The smarty pants in me wanted to say, “Oh, like, Beethoven’s variations on the song ‘Es war einmal ein alter Mann,’ or ‘Once upon a time there was an old man’?”

Instead, I said, “Thanks for your feedback.”

Amanda Sewell is the music director at Interlochen Public Radio. Reach her at amanda.sewell@interlochen.org.