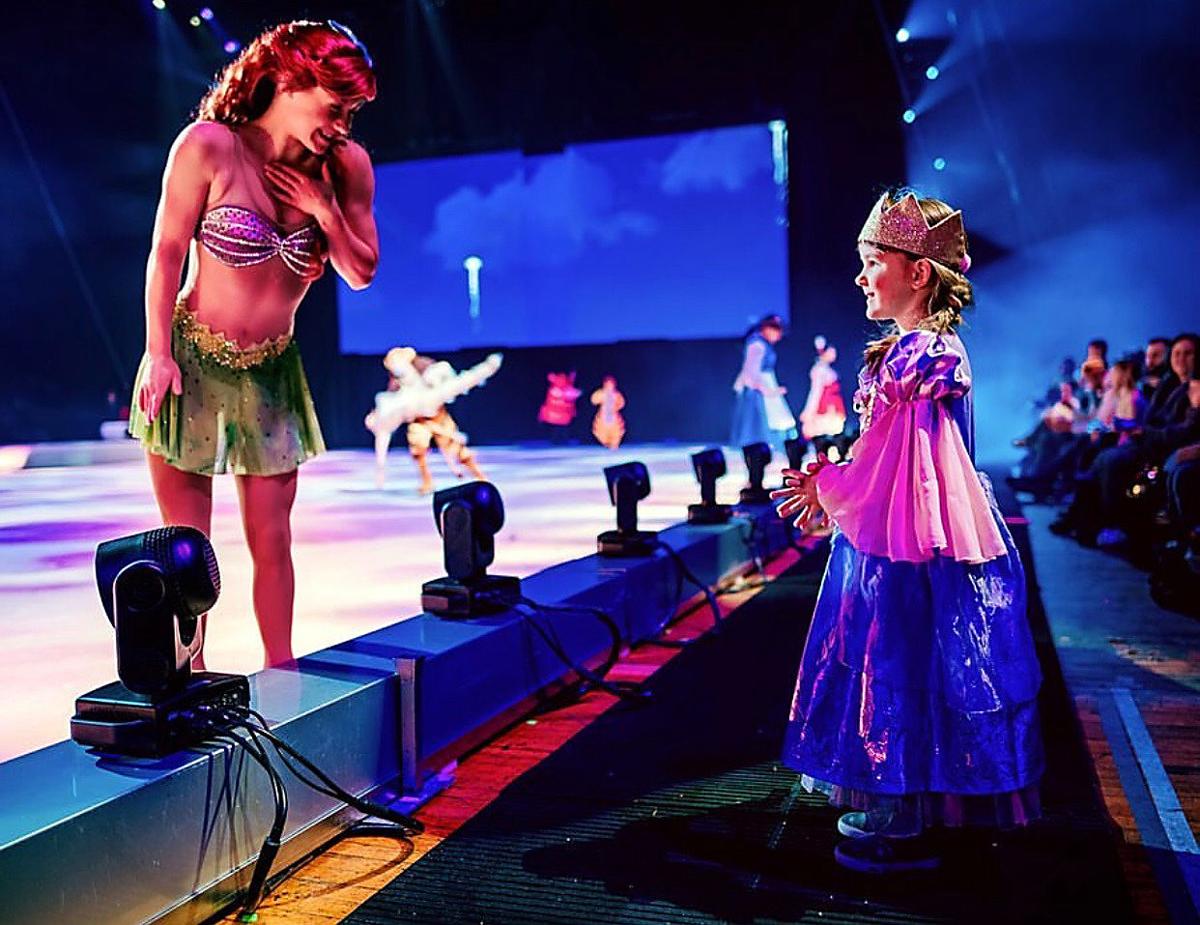 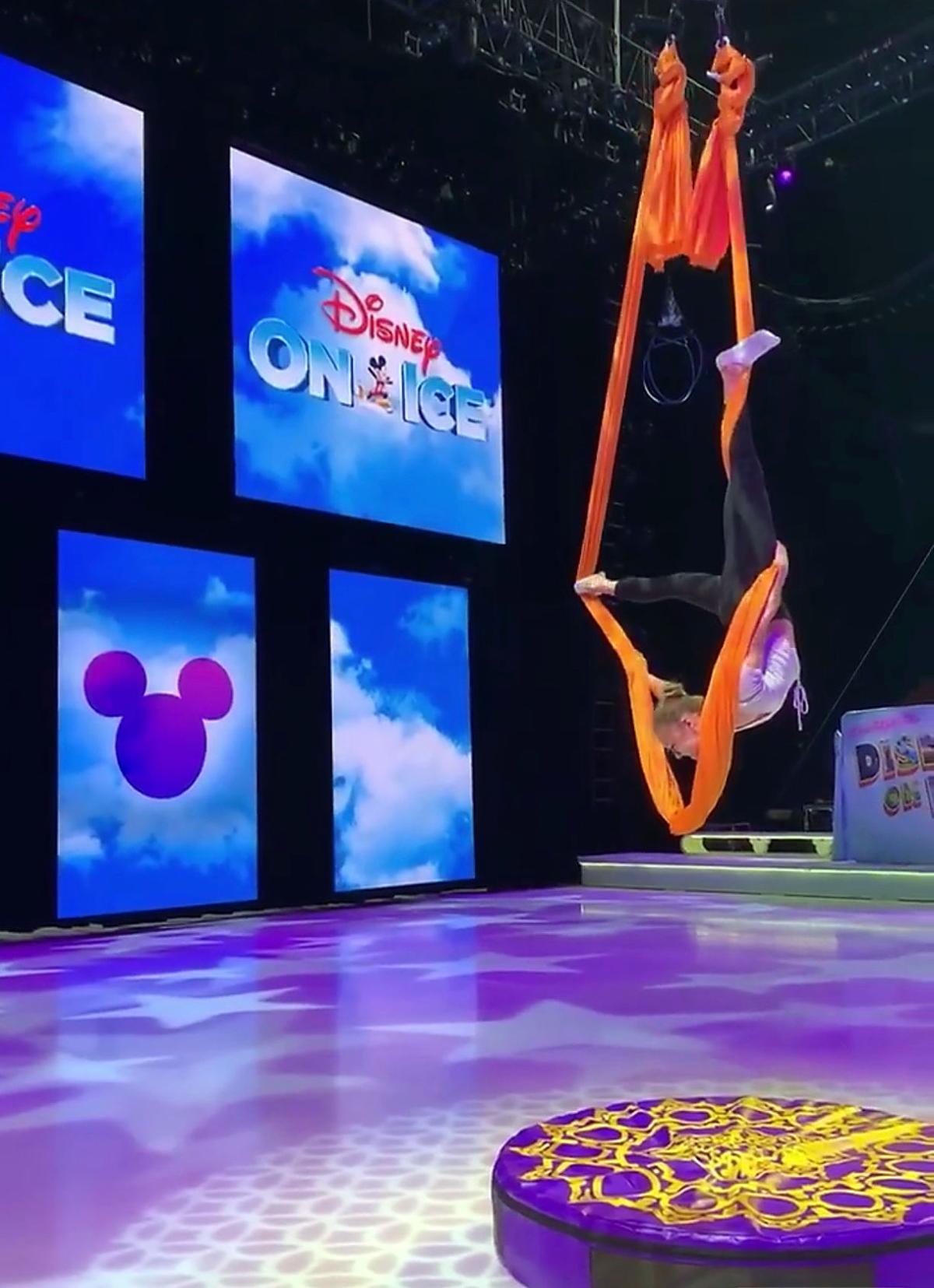 Not for college and, more importantly, not to be done figure skating.

“I wanted to travel. I wanted to keep skating,” Davies said. “I wanted to do something else before going off and continuing my schooling.”

Davies is a cast member of “Disney On Ice presents Road Trip Adventures,” skating in the ensemble, performing aerial acrobatic tricks and portraying Ariel from “The Little Mermaid” in the show’s princess power number.

“I always loved the challenge of everything, of learning something new,” Davies said of ice skating. “I’m always trying to perfect everything and get better. Mainly, I love the performance of it, and that’s what really correlates to what I’m doing now.”

“Road Trip Adventures” two-year, 60-city tour premiered Sept. 6 in Orlando, Fla., and is in Detroit this week for eight performances. The show is marketed as the “most participatory and innovative production in ice show history.”

More than 50 guests will be brought onto the ice during the course of the show, joining Mickey Mouse and his friends at “favorite Disney destinations,” according to a press release from producer Feld Entertainment. Stops include London rooftops seen in “Mary Poppins Returns,” the Pride Lands of “The Lion King,” “The Incredibles” town of Metroville and North Mountain from “Frozen.”

Molly’s favorite stop is the city of Agrabah — the setting of “Aladdin” — and the parade for Prince Ali that takes place.

“There’s so much going on,” said Davies, who executes tricks above the ice in an aerial hammock during the segment.

Molly first took to the ice at age 3, but was in hockey skates at the time, said Patty Davies, her mother.

However, the then-toddler’s speed and fearlessness caught the attention of Traverse City Figure Skating Club coach Heidi Massé and, within about three weeks, Molly was in figure skates, Patty said. It was a switch that took hockey-playing husband and father Matt about eight — or 12 — years to get over, Patty joked.

Heidi and her husband, Laurent Massé, coached Molly for the next 15 years.

“(Molly was) always up for everything and always trusted us as coaches, which I think has made her the skater that she is today,” Heidi said. “She put so much trust into us — and it’s made me who I am, too. It’s made me a better coach.”

“For me to see one of my skaters move on with their skating just besides what we’ve done for them is just really, truly amazing,” she said.

Molly always lays everything out on the ice when she performs, Patty said. She wasn’t always No. 1 in competitions, but her daughter entertained, Patty said.

It was a love of skating that first drew her to Disney On Ice, Molly said. Meeting existing cast members and experiencing the welcoming atmosphere during auditions in Grand Rapids last February reinforced her desire to skate for Disney On Ice, she said.

“Just skating in a huge arena (during auditions) and picturing it filled with people drew me to do this,” Molly said.

Skating is a lot of hard work, but it’s worth it to be able to work doing something she loves, she said. It’s like the saying, “Find something you love and you’ll never work a day in your life,” Molly said.

“I’m not completely sure yet when I’m going to go to school or what I’ll be doing, but I definitely see working with Disney in my future,” Molly said.

Eds: With BC-BKH--Class A All-State Girls.