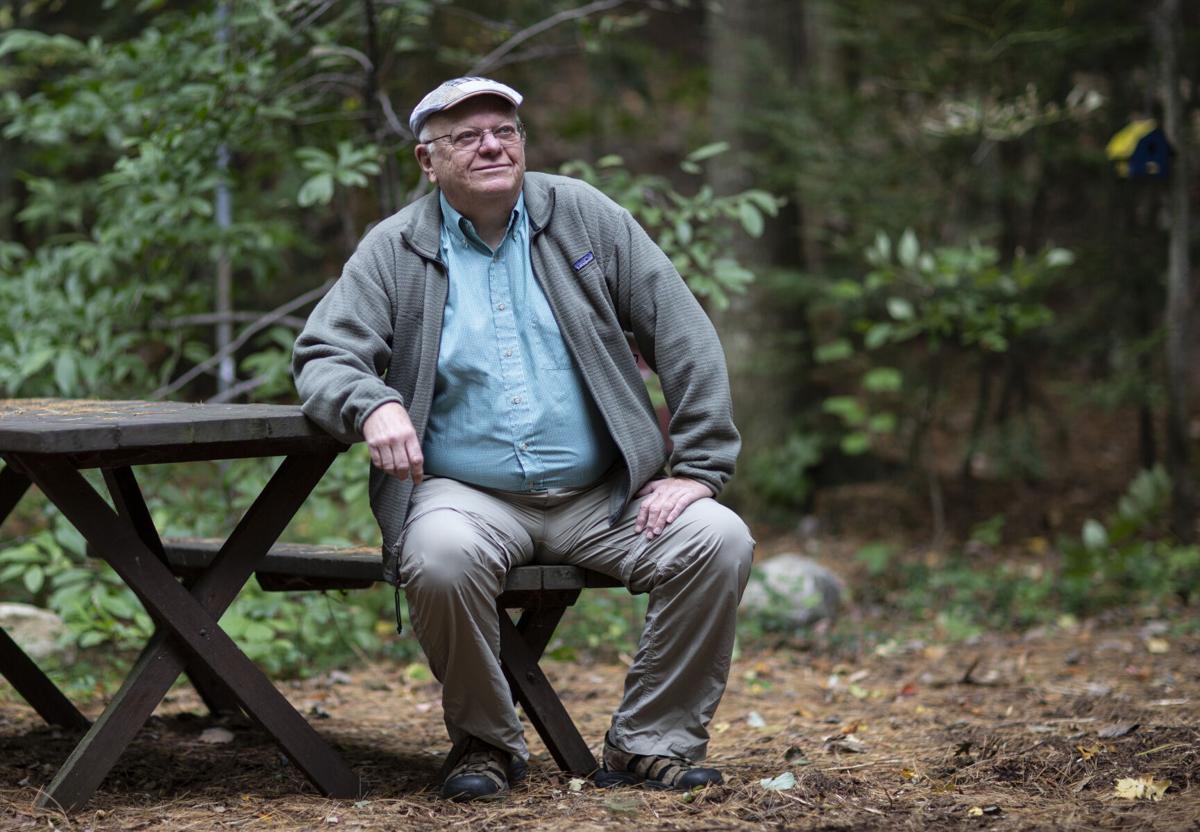 David McDonnell poses for a portrait at his home in Kewadin on Wednesday. 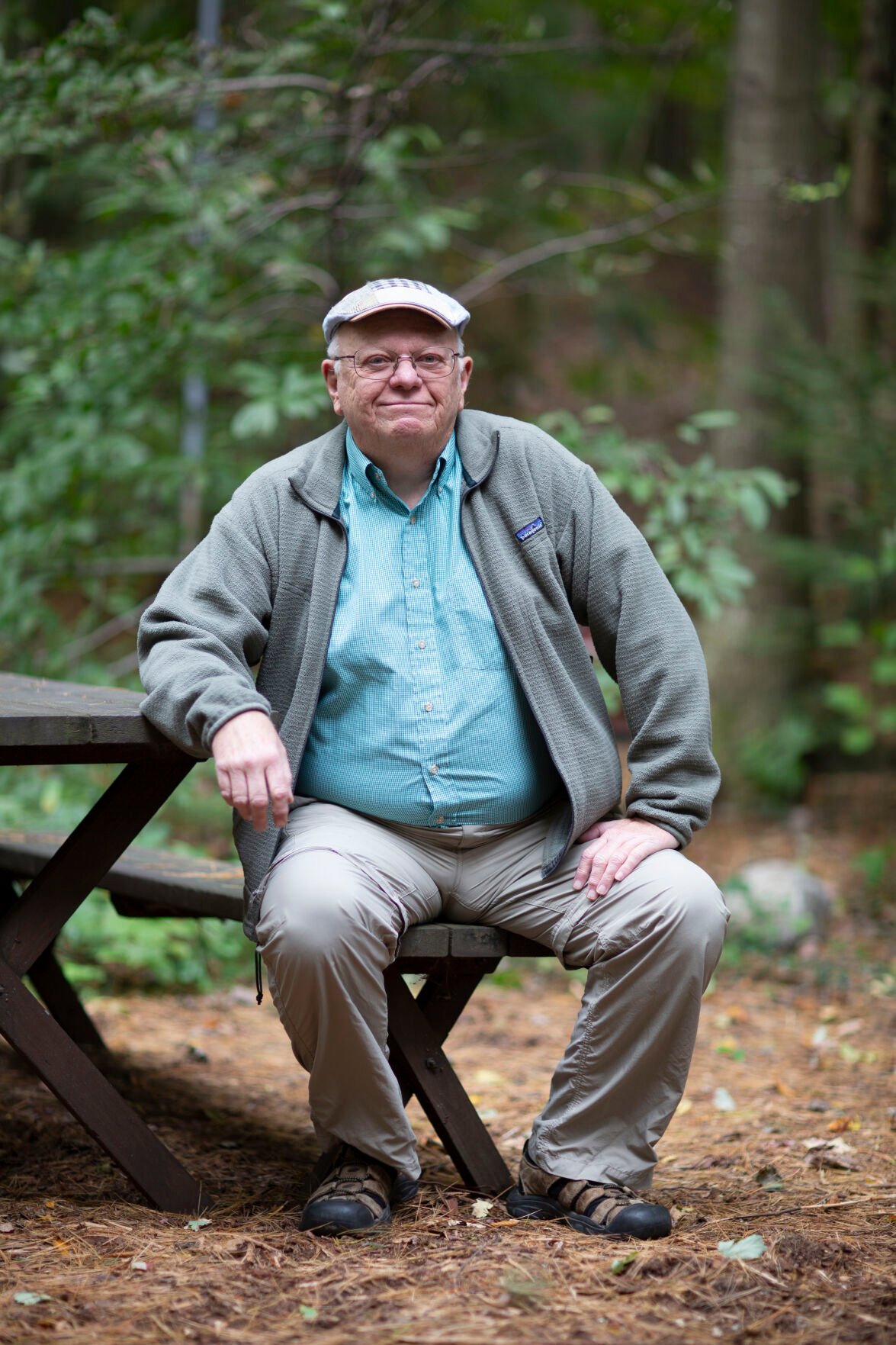 David McDonnell poses for a portrait at his home in Kewadin.

David McDonnell poses for a portrait at his home in Kewadin on Wednesday.

David McDonnell poses for a portrait at his home in Kewadin.

KEWADIN — David McDonnell didn’t make a typo when he named his podcast.

The Antrim County author’s podcast, “Random thoughts from County Antrim,” is meant to be read exactly as is.

If you gave it a listen, you might be lucky enough to hear the stories McDonnell has shared throughout his life after visiting Northern Ireland and Detroit, and now his family’s Lake Michigan summer residence in Antrim County.

He wrote a nonfiction book in 2015, “ClanDonell,” about his ancestral clan in Ireland.

“Since then, I’ve been telling stories, yarns, legends whatever of Ireland,” McDonnell said. He published a second book of short stories “Buy the Horse a Guinness.”

The namesake of Antrim County, of course, comes from County Antrim in Northern Ireland.

It’s one of four northern Michigan counties named after Michigan’s Irish settlers. The others are Roscommon, Clare, and Wexford, which are also counties in Ireland.

“I’ve been fascinated by Irish history, of Irish American history and the culture,” McDonnell said. “My wife is even trying to learn the tin whistle — which is an Irish instrument.”

In his free time, McDonnell said he would often tell stories of Ireland to live audiences in Irish pubs, summer festivals and libraries across northern Michigan. He traveled to Ireland to tell stories at festivals there, which he says were favorable despite being an American telling the history of Ireland.

He had a whole lineup of festivals for 2020, then the coronavirus pandemic closed doors to bars and taverns nationwide. McDonnell lost his audience and felt eager to get in front of a crowd and tell them what he knew.

So he did just that. Only this time his crowd was separated by a screen.

“I started doing a podcast once a week, a half hour session, just to tell stories,” McDonnell said.

He calls his shows “Random Thoughts,” but every episode has a pointed topic. Each episode is broadcast on Facebook Live and YouTube, and garners a little over a dozen views.

One related the cases of COVID-19 among Republican lawmakers after event to celebrate Amy Coney Barrett Supreme Court nomination at the White House Rose Garden to Aesop’s Fables.

“The general denial of what’s going on in the world, there were lessons not learned from children’s stories,” he said. “I used the fables as a way of saying ‘These were lessons we learned as a kids,’ or some of us did.”

He also did a podcast on how many counties in Michigan got their names, relating County Antrim to Antrim County that they are both similar in geography.

“County Antrim is in the northeast corner of Ireland with a beautiful shore of the Atlantic,” McDonnell said. “Part of it is the north channel that separates Ireland from Scotland, so you’ve got beautiful blue water.”

McDonnell said there’s seven main glens of County Antrim with a river flowing in between them.

“You have these beautiful valleys and ridges on each side going into the sea, and you got to village,” McDonnell said. “There’s village is kind of dotted all over, but the main villages at Antrim are right along the edges of these glens.”

Telling stories in front of a screen, McDonnell said is a lot different than the events he’d normally do. He doesn’t get feedback or energy from a live audience.

“I love when I tell stories in front of an audience,” McDonnell said. “I just love engaging them and getting them to to react or throw out comments that could see their body language of their laughter.

“You don’t get that when you’re telling a story in front of a camera.”

He said solitude isn’t a bad thing, however, in his position as a novelist. He’s written a few short stories while attempting to start a third book over the next few months. In the meantime, until events and festivals return to northern Michigan, you can hear McDonnell’s stories from your living room.

The podcast airs on YouTube Live and the Facebook page for “ClanDonnell: A Storied History of Ireland” three times a week.