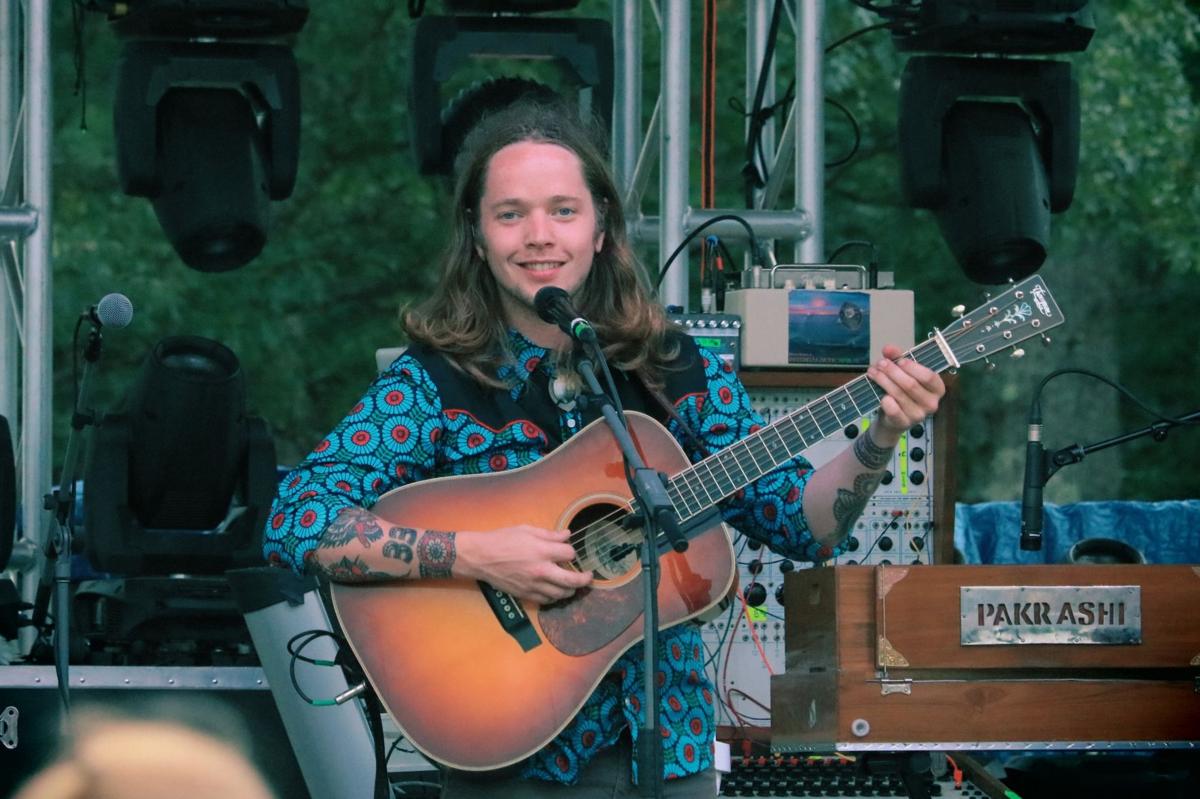 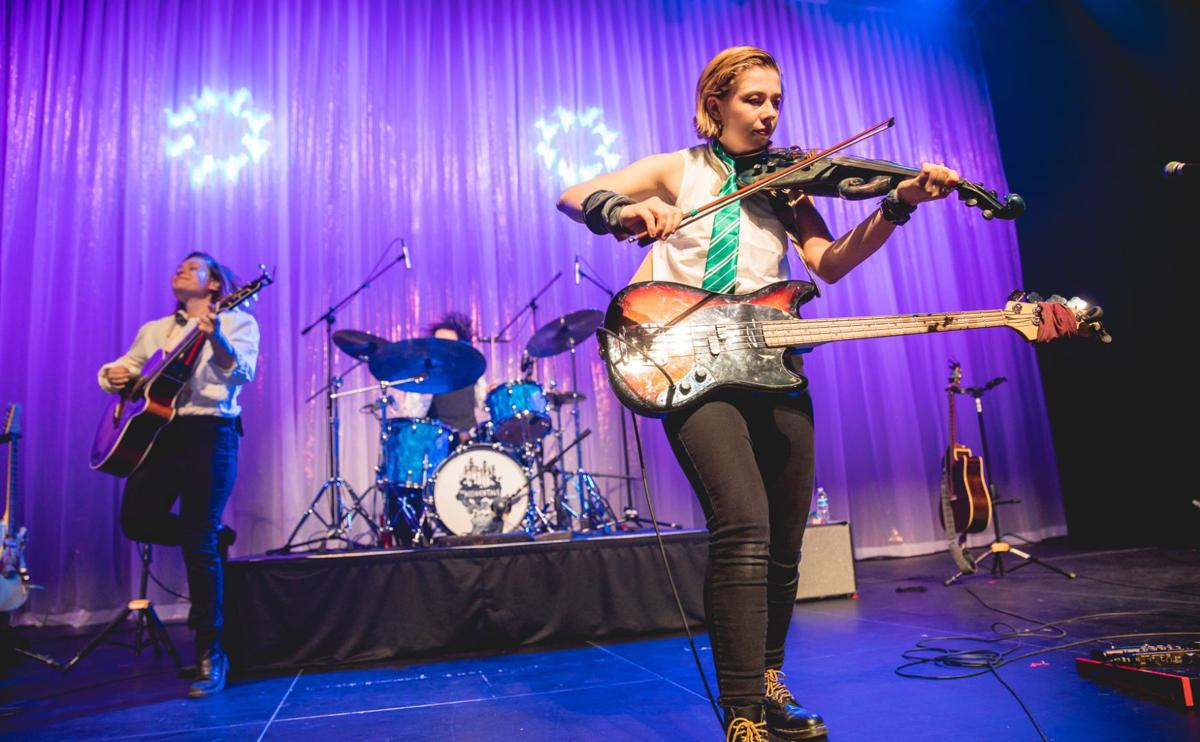 The Accidentals at 20 Monroe Live in Grand Rapids. 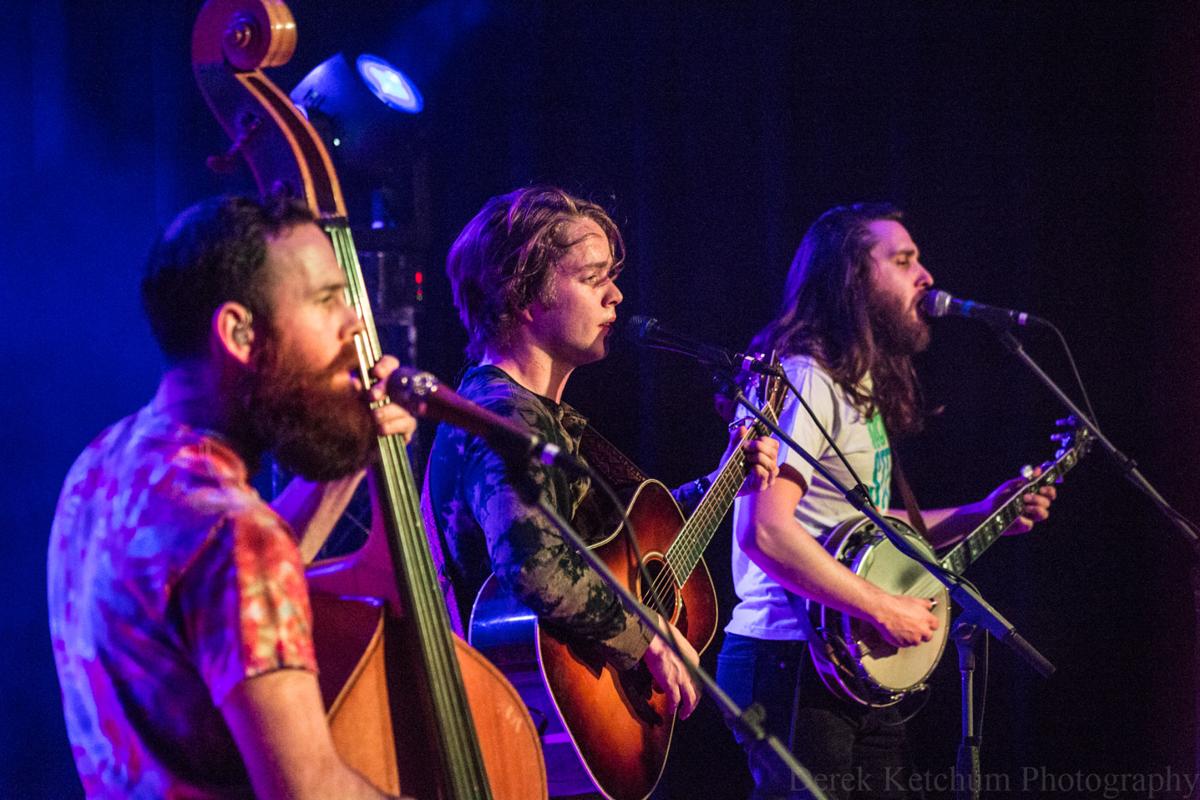 Billy Strings, center, and other performers.

The Accidentals at 20 Monroe Live in Grand Rapids.

Billy Strings, center, and other performers.

As Savannah Buist of Traverse City’s The Accidentals puts it, things are not always what they appear to be for the successful, acclaimed touring band.

“It might seem like we have it all together, but we all struggle with mental health,” she said.

“The road is a grueling pace and the hardest part is transitioning back to a stationary life long enough to settle in before hitting the road again. Relationships are hard to maintain and nothing is consistent except constant movement.”

Fast-rising national bluegrass star and one-time Traverse City resident Billy Strings knows that all too well, playing hundreds of shows across the country amid relentless touring behind a No. 1 album that’s earned him widespread media attention.

“I’ve got everything going for me and it’s unreal; this is literally my biggest dream coming true. This is what I’ve always wanted, but it’s amazing what touring 200 days a year does to a person mentally,” said the guitarist, whose real name is William Apostol.

“I never really realized what traveling musicians go through until I’ve been doing it for seven or eight years. There’s a lot of pressure.”

So much pressure and such a hectic schedule that Apostol said he was having panic attacks and has sought counseling with a therapist.

“People think I must be the happiest kid ever, but in real life, I’m having panic attacks. I’m the busiest guy ever. It’s just a lot to take in,” said Apostol, noting there’s been “a huge awakening” about mental health in the music industry following the deaths of several well-known artists who suffered from depression and anxiety.

“Everybody that’s in the limelight has to deal with that. We’re always objectified. (But) I’m a person, I’m a complex person with thoughts and feelings and points of view.”

The Accidentals and Apostol both say they’ve taken steps to ease the pressure, relax away from the chaos and strike a balance in their lives.

“The whole year, I’ve had to learn how to settle down a little bit and take my foot off the gas pedal,” said Apostol, noting he started feeling overwhelmed and experiencing “some real anxiety” last January.

“I just have to remember to take a step back and breathe. I’ve devoted every ounce of my life and my being to this musical project that I’ve almost forgotten about living my life and being a person.”

Katie Larson of The Accidentals said while they don’t have “all the answers,” they’re constantly working on it.

“This year especially I’ve been trying to achieve a healthier balance between family, personal health, travel, music and working on the business. We joke about being workaholics, but it’s important to us to be present and keep everything in perspective,” she said.

“On the road, we are intentional about eating healthy and exercising. The last tour was across the entire country, two 30-hour drives, two flights, seven shows, 15 workshops, four festivals, and we backed up Keller Williams, Martin Sexton, and May Erlewine on strings. We had a couple of vehicular catastrophes and got stuck in one of the wildfires in Arizona.

“To counter all the crazy, we have learned to talk it out as a band family. We do check-ins to see where everyone’s anxiety level is and we have a ‘no judgment’ rule. We communicate when we are having a bad day so everyone gives a little grace on those days.”

In the case of Billy Strings — who played three sold-out Michigan shows to close out the year, including a homecoming New Year’s Eve concert at The Intersection in Grand Rapids, 38 miles from his hometown of Ionia — the first part of January will be spent around relatives and friends in his home state after nearly non-stop touring in 2019. He goes back on tour in mid-January.

“I miss them and that’s tough. It’s tough being away from them,” he said.

“I’m trying to get back to earth — get out of the stratosphere and get my feet back on the ground. It’s a balance. … I’m looking forward to taking some of that time off and spending it with family.”

Larson, Buist and Apostol also credited the diehard support of fans and their management teams for relieving some of the pressure and keeping them happy when things get tough.

“The support we have received from our core base gives us the confidence to power through the hardest times,” Buist said.

“We know it will pass and they have our backs. Sometimes we just need a laugh and someone sends us fan art or … a surprise dinner or gas cards, or they just let us know they sent friends to a show.

“Having that kind of support is critical. They remind us that we are OK. Sometimes they send us pics of their kids dancing or singing one of our songs and it makes the whole tour worth it.”

Apostol said it’s also important to stay true to yourself.

“I’m just taking the mask off. I don’t care being somebody I’m not. I’m just trying to be myself and make music. I’m just a guy that plays a guitar,” he said.

“I don’t have to dress up like a doll to go on stage. This is what I do, I play music and if you like it, fine, but I’m just being myself and that’s the healthiest thing for me to do.”

December is an ideal time to embrace new Michigan music, especially when it comes to adding albums to your holiday shopping lists. Here’s a re…