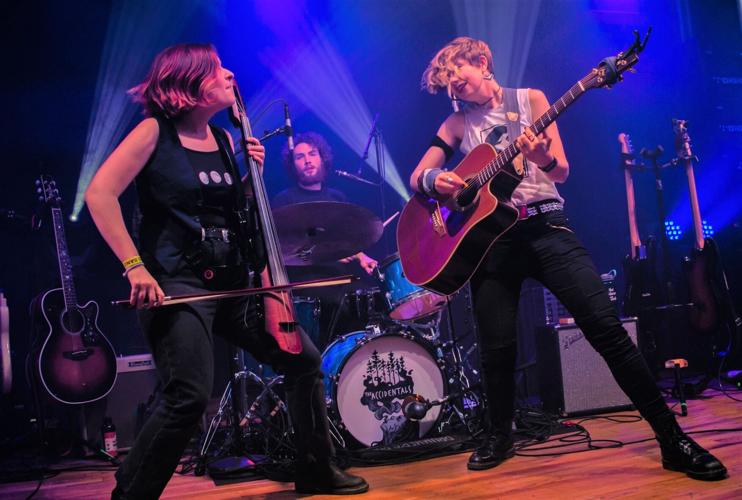 The Accidentals reinvented their approach after they had to cancel 100 concerts in 2020. They moved many shows online, monetized live-stream workshops and worked to boost sponsorships and revenue streams for the winter months. 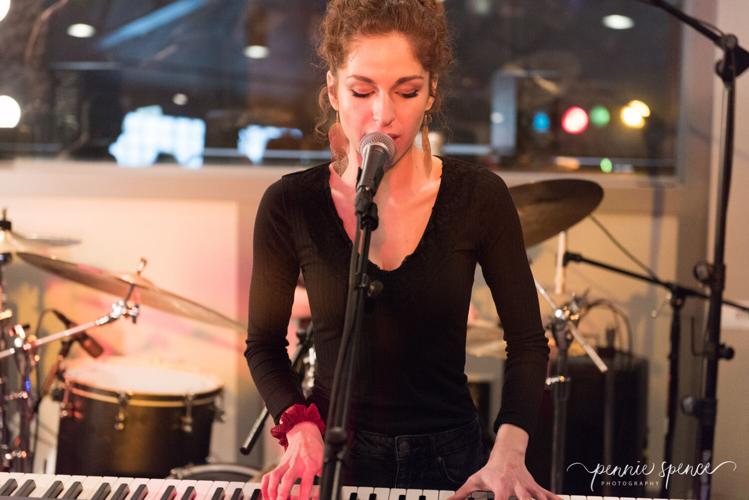 The Accidentals reinvented their approach after they had to cancel 100 concerts in 2020. They moved many shows online, monetized live-stream workshops and worked to boost sponsorships and revenue streams for the winter months.

TRAVERSE CITY — It’s not as if gigging musicians — and the venues they play — needed any more hurdles to overcome.

“The Year of COVID” has upended the livelihood of many bands and solo artists already struggling to survive financially.

Even more crippling, the pandemic threatens to undermine the foundation of the music industry as a whole:

Some concert venues shuttered by the coronavirus may never reopen, touring already postponed until 2021 may not return to the same pre-COVID capacity, music festivals that survive likely will face drastic changes in procedures, and associated professions — from sound and lighting techs to stage crews to artist agents — face an uncertain future at best.

“We’re crushed about the music that won’t get made, the venues that can’t survive, the bands that were just getting started. The agents and the backline crew. It’s devastating,” said Savannah Buist of Traverse City’s normally hard-touring band, The Accidentals, which has had to cancel about 100 concerts in 2020.

“Nothing is normal. There are definitely moments that feel overwhelming. The political division, election year, and COVID together are mind-numbing. We’ve laughed and cried and cycled though the emotions; we’ve had to find new ways to approach mental health.”

Much of that mental stress is provoked by uncertainty about when venues might reopen and what the long-term financial repercussions will be.

Some restaurants and bars that previously hosted live performances can no longer afford to pay for entertainment due to capacity restrictions, or have cut musicians’ pay. Opportunities to play live music across Michigan will likely be curtailed for quite some time.

As a result, many full-time players have leaned more heavily on performing at private parties to make up the difference, worked to boost sales of merchandise and collected donations from fans via online tip jars during live-stream sessions.

They’ve also applied for grants and unemployment assistance, though none of that has replaced all of the income lost due to canceled performances.Even before COVID, there were plenty of bands earning less for performances today than rock groups of a similar ilk who played bars and parties in the ’70s and ’80s.

This doesn’t even count the rigors of touring and hauling equipment to shows.

Casey Butts, percussionist for Michigan’s Ultraviolet Hippopotamus, estimated that after working 12 hours a day on the road, band members would end up “making about $10 to $15 a day after paying for hotels, gas and expenses. It’s tough, especially when you have families and house payments. People think it’s the 24-hour party. But that’s not what it’s like at all.”

Whether bands will ever even tour — or get booked for the same sorts of shows — quite the same way again remains a mystery as the world negotiates the minefield of travel during a pandemic. A recent survey conducted in the United Kingdom indicated that more than 60 percent of musicians in that country have considered quitting due to COVID’s impact.

Is there an upside to all of this, a light at the end of a long tunnel? Many devoted artists remain hopeful.

“I have kept my chin up, my head above water and managed to get by fairly decently,” said Grand Rapids keyboard player and singer Dennie Middleton, a veteran full-time musician who estimates he’s lost $10,000 in business thus far in 2020.

“There is no way I will give up my night job because of COVID; not gonna let this shut down 37 years of ‘doing what I do’.”

The Accidentals have reinvented their approach — moving many shows online, monetizing live-stream workshops and working to boost sponsorships and revenue streams for the winter months.

“We’ve changed everything,” Buist said. “We have overcome more than most in the last eight years. We have learned to trust our core family. They won’t let us fail.”

Olivia Vargas, keyboardist and singer for Grand Rapids’ soul/pop band August, conceded the pandemic “has taken a toll” on her finances, though she’s continued to teach music lessons and do other work to help cushion the blow of a 30- to 40-percent drop in revenue.

“We save money by learning how to do everything on our own and we are able to keep things going from the safety of our homes,” she noted. “The answer for us is through consistent online releases, greater reach in our social media, and creating our own gigs through live-stream shows. Once again, we must adapt.”

As The Accidentals put it: “We keep telling ourselves, this will end. We will rebuild. Maybe we will build it better.”

“We’re crushed about the music that won’t get made, the venues that can’t survive, the bands that were just getting started. The agents and the backline crew. It’s devastating.” Savannah Buist, The Accidentals