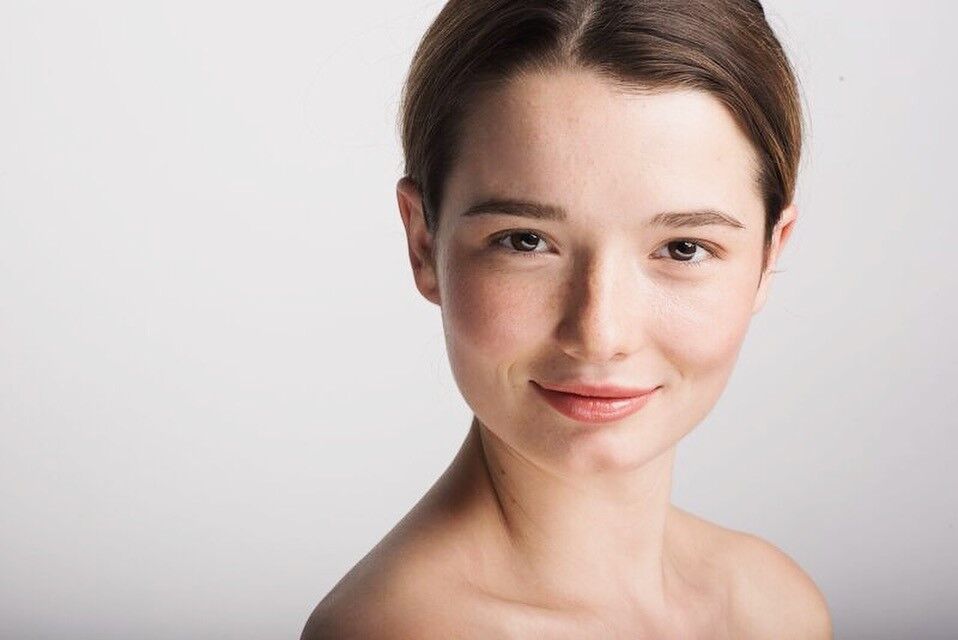 Madison Vomastek’s mugshot from the Broadway revival of “West Side Story.” 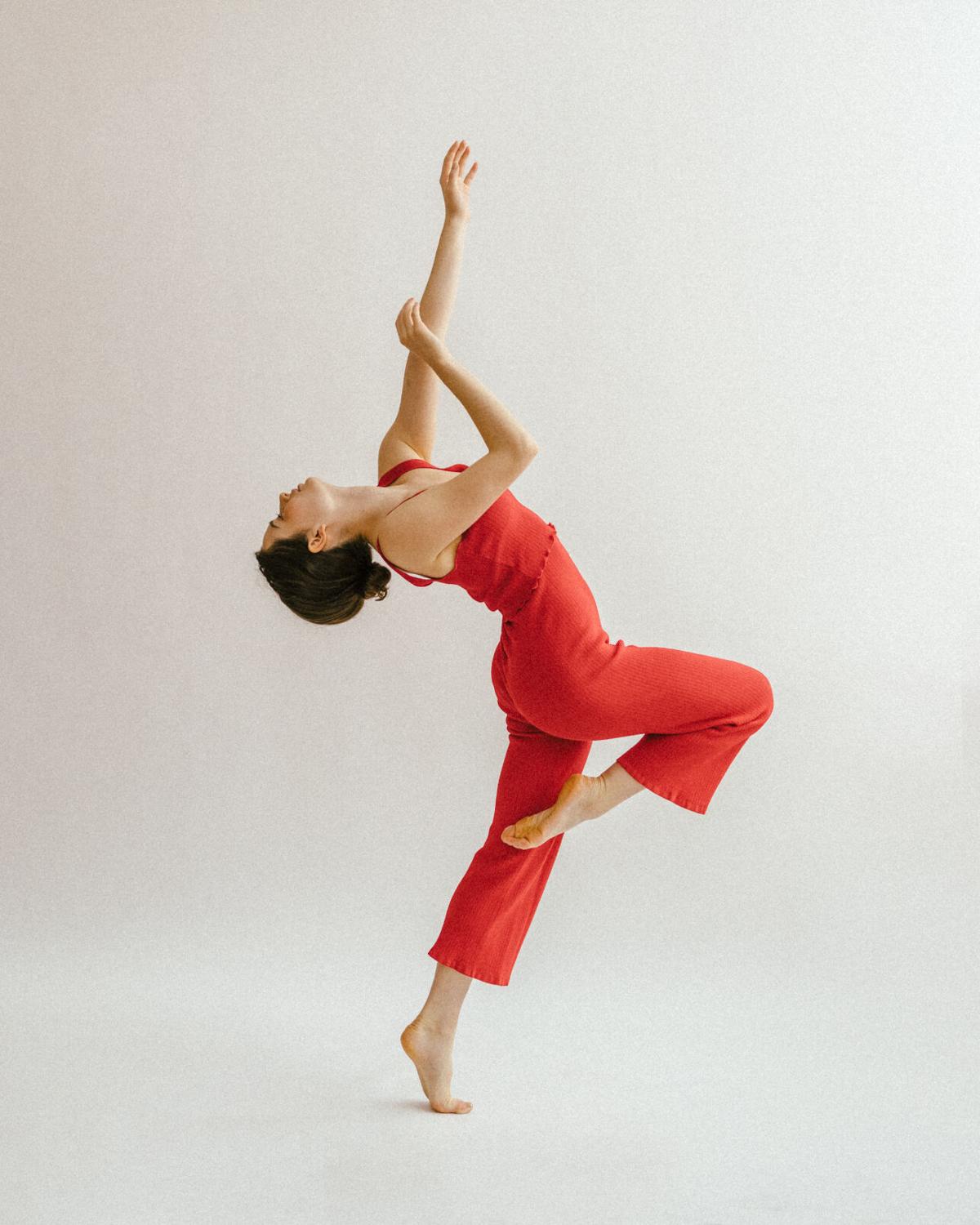 Madison Vomastek wants to bring the Up North Dance Initiative to her hometown. 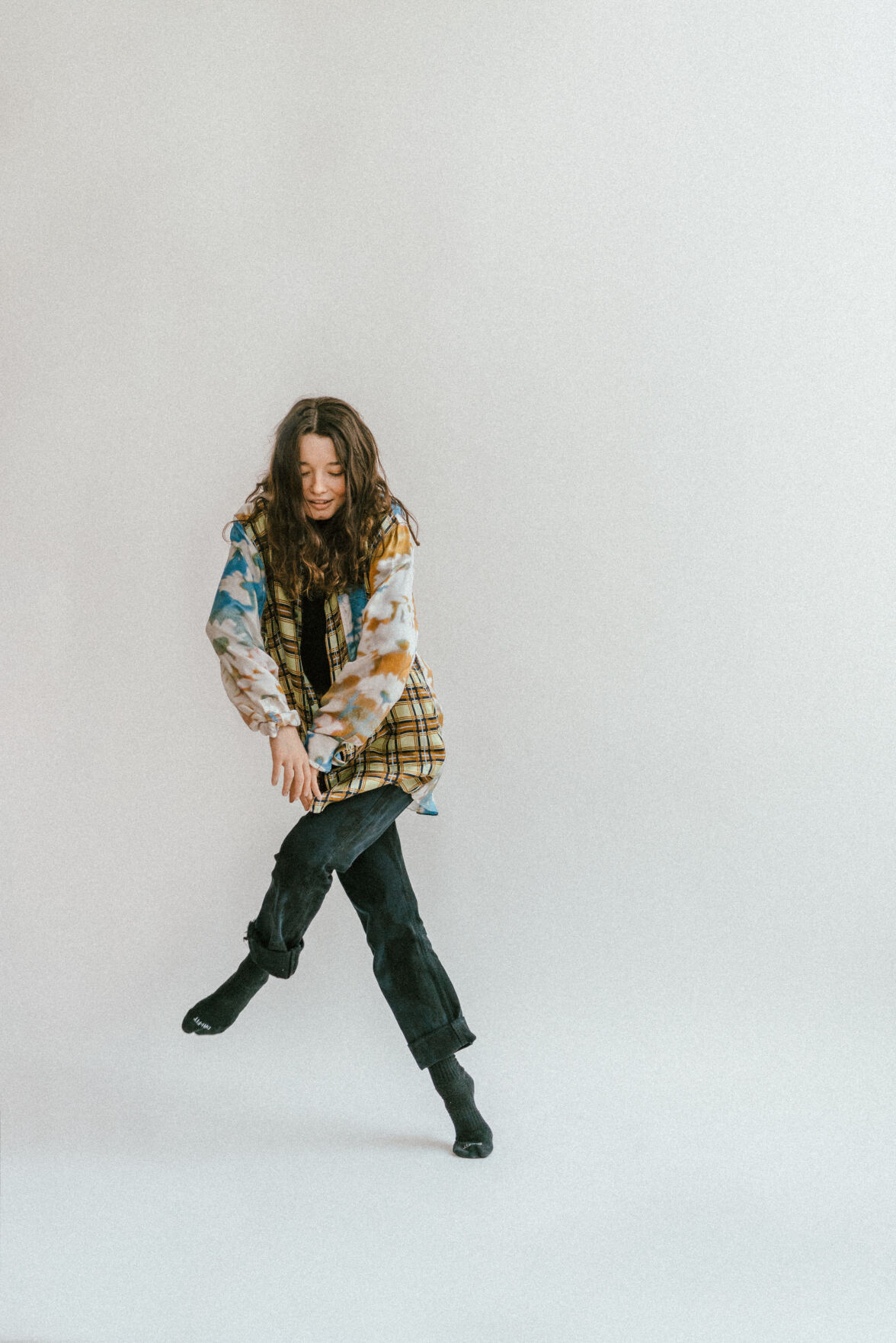 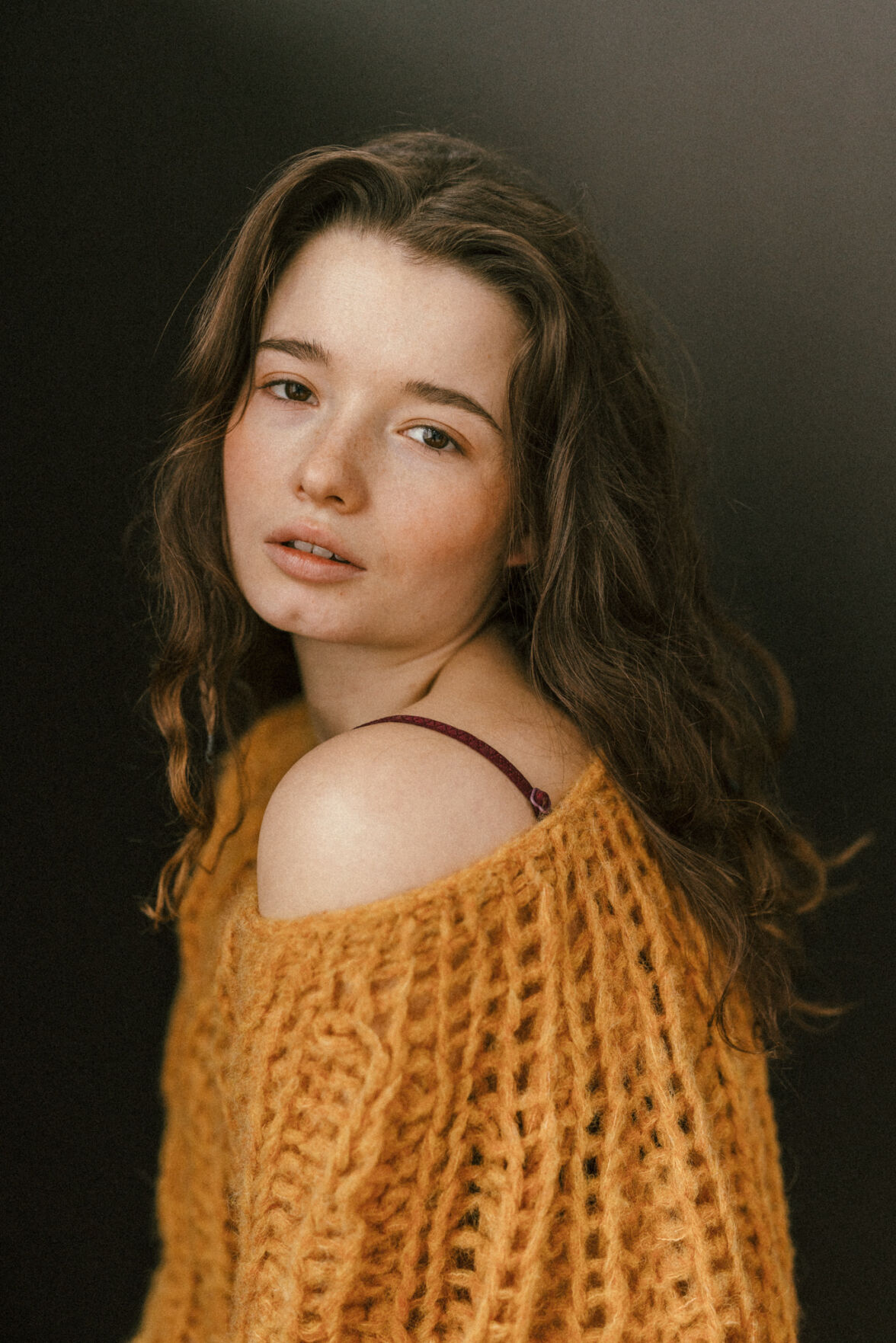 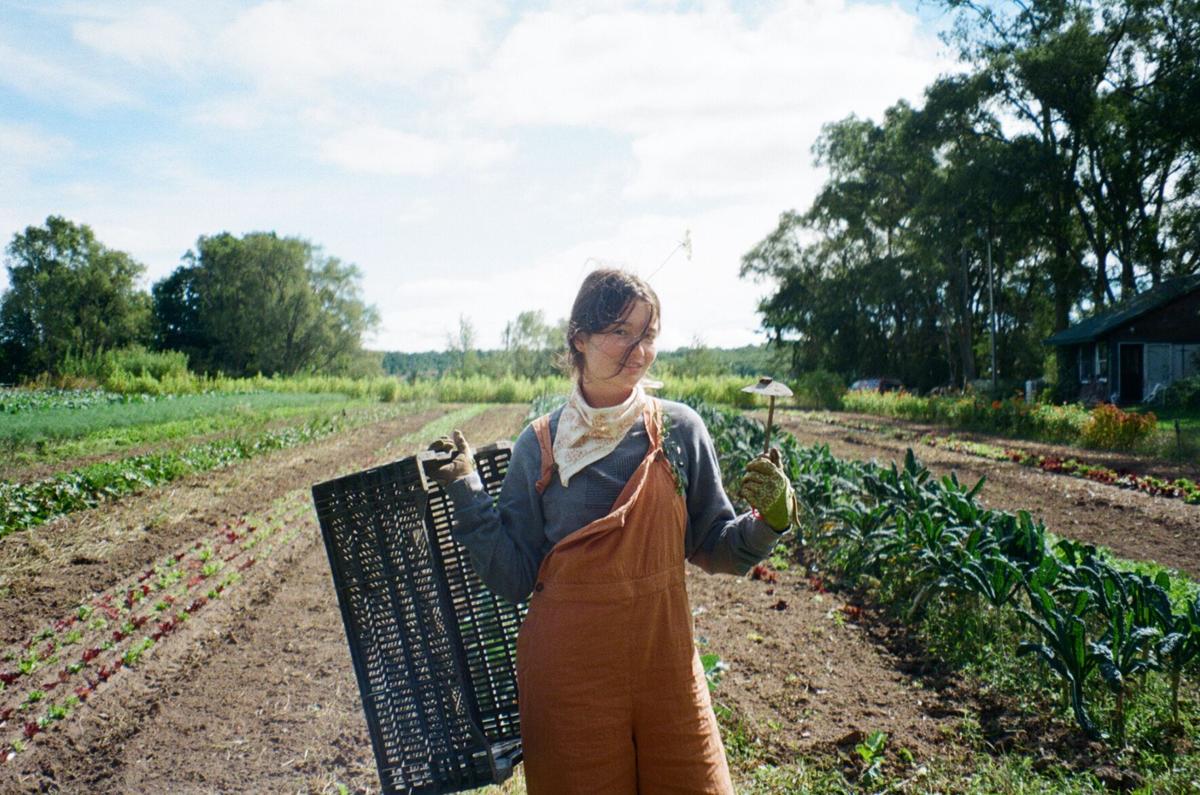 Madison Vomastek working on the Loma Farm in Elmwood Township in the summer of 2020. Sustainability and “living off the community” are important factors for Vomastek.

Madison Vomastek’s mugshot from the Broadway revival of “West Side Story.”

Madison Vomastek wants to bring the Up North Dance Initiative to her hometown.

Madison Vomastek working on the Loma Farm in Elmwood Township in the summer of 2020. Sustainability and “living off the community” are important factors for Vomastek.

TRAVERSE CITY — As the pandemic put professions on pause, quarantine made some question what things will look like in retirement.

Madison Vomastek is no exception.

With her career on hold indefinitely, the Traverse City woman is already taking the first few steps toward her post-professional plans as she projects what the next stage of her life holds in store.

The difference is Vomastek is on “leave” from her role as Velma in the Broadway revival of “West Side Story” directed by Ivo van Hove with choreography by Anne Teresa De Keersmaeker.

And Vomastek is just 23 years old.

Vomastek is in the early “brewing process” of bringing the Up North Dance Initiative to her hometown of Traverse City. She has a mentor with the Traverse City SCORE chapter to begin work on a formalized business plan and she made a presentation about her plans at the first 2021 meeting of TCNewTech on Jan. 5.

She will need to form a board of directors this year. Then there’s the matter of raising funds, sure to run in the millions of dollars.

But every idea has to begin somewhere and Vomastek certainly has big aspirations at a young age.

“My dream of the Up North Dance Initiative is to have a dance space in downtown Traverse City that can also function as a living space for artists,” Vomastek said. “It’s a form of tourism as well as a space for artists to come work surrounded by dance. It will be a cultural hub for the community as well as dance and art.”

The daughter of Dr. Edward and Tamara Vomastek, Madison also envisions Up North Dance Initiative as a place for professional artists to visit, create and perform. She said it would be a place where other cultures could have a voice as well as a home to artists-in-residence who would “live off the community” thanks to access to the TART Trail and with Community Supported Agriculture.

“I started this idea in quarantine,” Vomastek said. “Being an artist myself and a professional dancer, I discovered how much dance has a voice in Traverse City.

“It’s already there in the educational sense. But dance as a profession, we can elevate it in the community.”

Vomastek also knows one person can’t bring an idea this big to fruition.

“It takes a lot to form something like this at this time,” she said. “I also don’t want it to be my thing; I want to it be community-based.”

Besty Carr, co-owner of Dance Arts Academy and artistic director of Company Dance Traverse, said the pandemic has put a spotlight on performance, especially when restrictions has taken a lot of forms away.

“I think people are really hungry for the arts,” said Carr, who has been teaching virtually. “It’s so needed. After we get through this rough part of the pandemic, it will be real good.

“We have definitely all had to think outside the box working with kids and keeping dance in their lives.”

When she was notified March 11 about “West Side Story” being put on hold weeks after its Feb. 20 opening following a lengthy preview period, Vomastek returned to northern Michigan from the end of March until September after “it got pretty gnarly” in New York City.

Vomastek was able to use the large parking lot for a socially-distanced event. The donation-only event raised $1,000 for the Women’s Resource Center, Black Lives Matter and the TART Trail.

“It was a great way for me to connect with artists in the community because I haven’t been around them or interacted with the community in quite some time,” she said.

When Vomastek was ready to choreograph the Class of 2021 senior performance for Company Dance Traverse this fall, she came up with another way to deliver.

The performance moved outside at Ruby Ellen Farms in Leelanau County on what turned out to be a 70-degree day in mid-September.

“It was such a gift,” Vomastek said. “It was amazing.”

Vomastek was a member of Dance Arts Academy until she was 15 years old and attended the Walnut Hill School for the Arts in Boston. After graduating from Walnut Hill in 2015, Vomastek went to the University of California Glorya Kaufman School of Dance.

After graduating in 2019, Vomastek joined Ballet of Difference in Colonge, Germany in the summer when she found out about “West Side Story” and the opportunity to work for a choreographer she long-admired like De Keersmaeker.

Vomastek landed the role of Velma in her first Broadway audition, signed a contract and “uprooted my life to New York.” Not that she got to see much of it, “walking around like a zombie” with rehearsals from 9 a.m. to 5 p.m. followed by a 7 p.m. performance six days a week, with two shows on Wednesdays and Saturdays.

Rehearsals began in 2019 followed by an exhaustive three-month preview process, the second-longest on Broadway since “Spider-Man: Turn off the Dark.”

“This was my Broadway debut,” Vomastek said. “I was really invested in the work and the show.”

The much-acclaimed revival of “West Side Story” opened on Feb. 20, 2020 to 2,500 people every night at the Broadway Theatre, on the corner of Broadway and 53rd. It was rolling along and so was Vomastek, who missed a handful of performances with a concussion, when an email arrived.

“I was back for three days,” she recalled. “It was March 11. It was a Wednesday. We had such great shows the day before. The following day I got an email that we were closed until the middle of April.”

But the curtain never rose again, leading Vomastek to return to her hometown for a half dozen months. Vomastek is teaching and is part of a dance collective called Body Sonnet, an artist-in-residence program at Berkshire Pulse in Great Barrington, Massachusetts.

When the lights go up on Broadway, she’ll have some decisions to make.

Vomastek doesn’t rule out going back to school to get her master’s degree. She believes deeply in sustainability and zero-waste architecture and has also pivoted to other creative outlets, such as co-designing a website for the downtown TC store Eleven and grant writing.

“I think the pandemic has made everybody, think what’s next or what’s next in 10 years?” said Carr, who said Vomastek will “utilize our resources and continue to be a part of us as she has her whole life.”

While her immediate career path is uncertain, Vomastek is confident the Up North Dance Initiative is part of her future. As a professional dancer, Vomastek knows there is a timeline on how much physically her body can endure, but dance and movement will always be a part of her life and so will Traverse City.

“It’s going to be my 10-year program,” Vomastek added. “It’s my retirement and also my present. I’m working on it now and hopefully then it will be in existence at some point.”