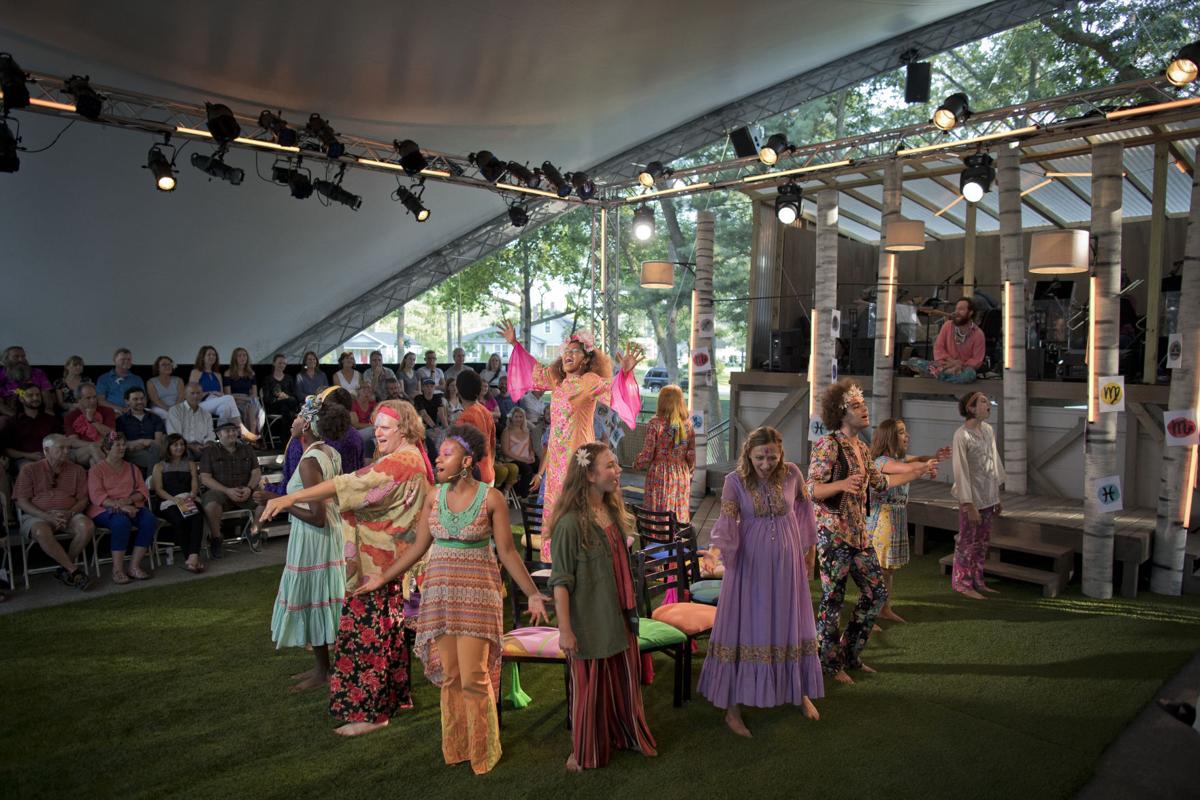 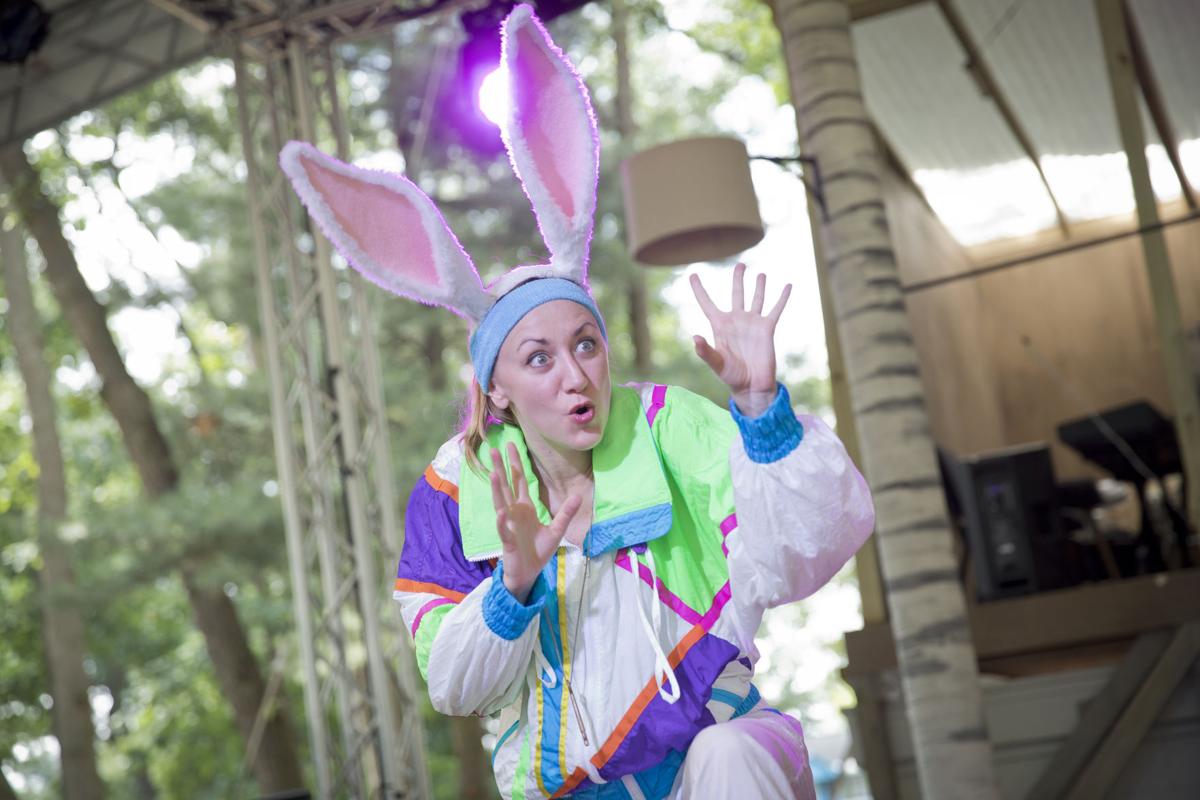 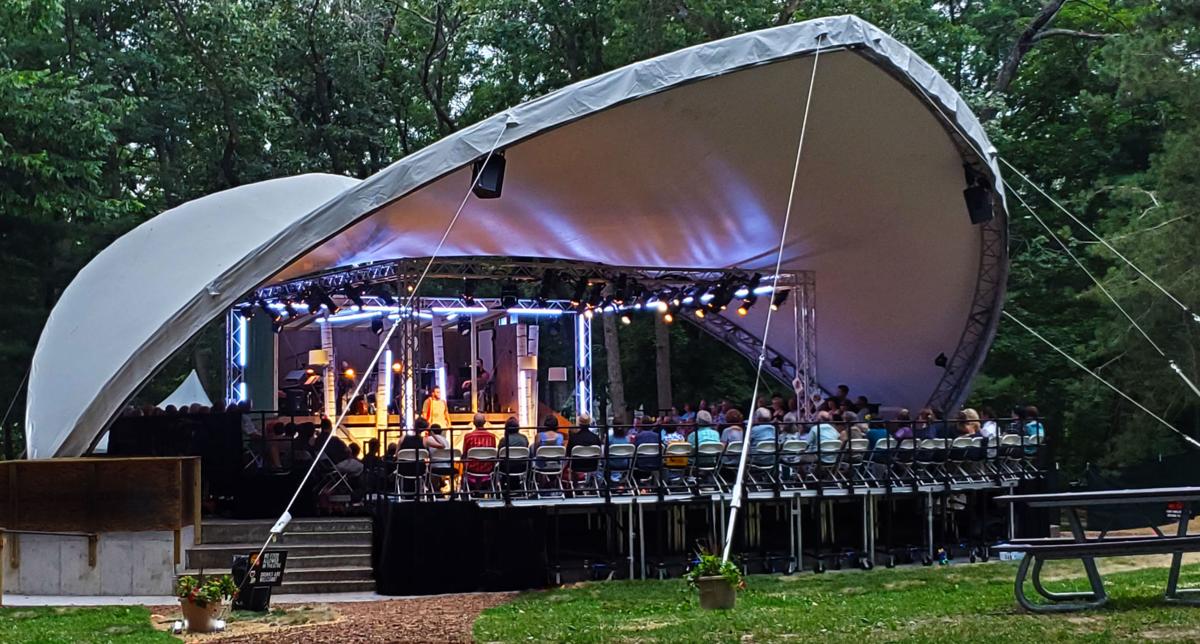 The 2019 season introduced a renovated amphitheater at Civic Center Park. The collaborative project between Grand Traverse County Parks and Recreation and P45 resulted in an upgraded stage featuring state-of-the-art sound equipment, lighting and seating for 148. 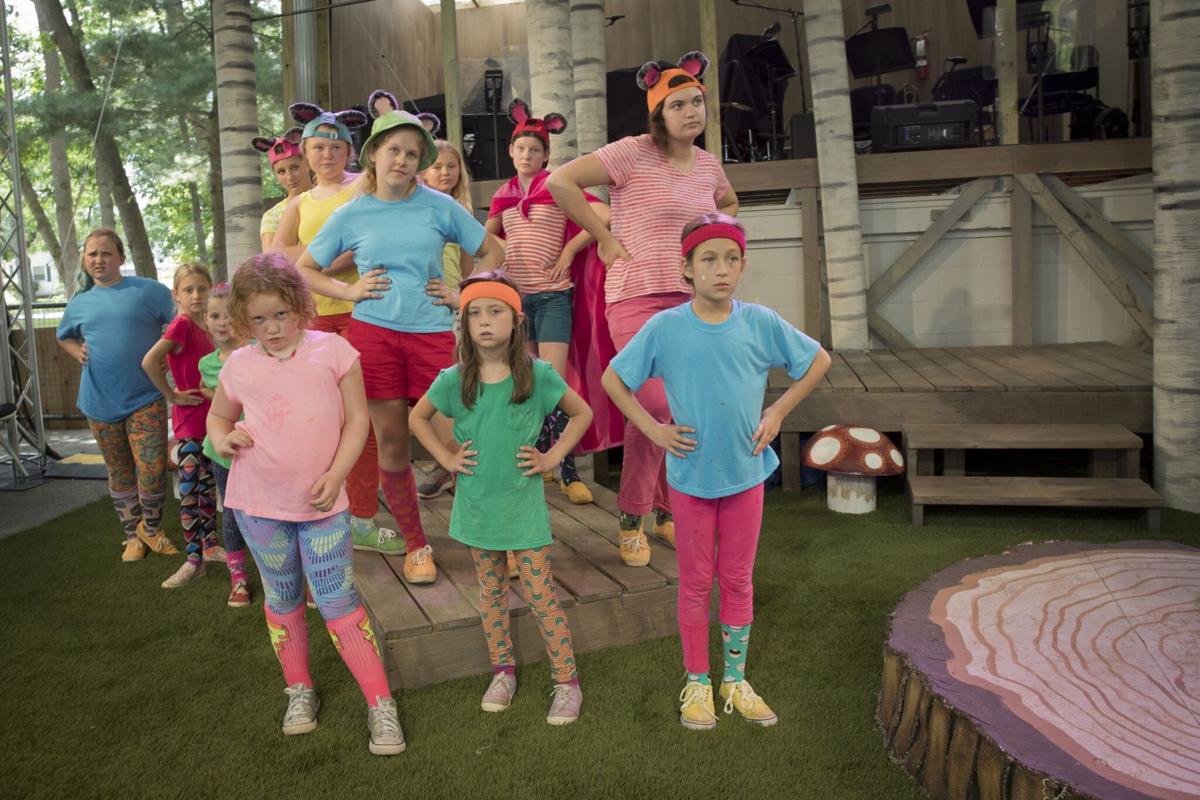 P45’s role within the region’s arts scene expanded with the 2019 launch of an arts education program for local students.

The 2019 season introduced a renovated amphitheater at Civic Center Park. The collaborative project between Grand Traverse County Parks and Recreation and P45 resulted in an upgraded stage featuring state-of-the-art sound equipment, lighting and seating for 148.

P45’s role within the region’s arts scene expanded with the 2019 launch of an arts education program for local students.

TRAVERSE CITY — Founding a professional theater company in Traverse City 10 years ago was a risky venture for Kit McKay and Erin Anderson Whiting.

Their Parallel 45 Theatre has since proven itself a dynamic part of the region’s cultural landscape.

P45 marks its 10th anniversary season in 2020 having grown into a venue with the clout to attract artistic talent from as far as Europe to its outdoor stage at Civic Center Park.

“We have a community with sophisticated tastes in arts and culture,” McKay said.

She noted that P45 launched into a rich arts scene fueled by the Traverse City Film Festival, National Writers Series, Interlochen Center for the Arts and other platforms.

“We are part of the Traverse City success story.”

“That summer set the stage for what I now know to be quintessential P45 Theatre. It’s a bit scrappy, it’s incredibly ambitious and more than anything else, it is a laboratory for creativity to flourish without the restrictions of creating in more urban spaces,” he said. “These two have created a theater that champions risk, play and curiosity, and I’m continuously delighted to return to Traverse City and see the growth they’ve experienced since that first production.”

Since the theater debuted, Norton worked five additional P45 productions and returns for the anniversary summer theater festival which will present four rotating shows. The line-up includes contemporary versions of the classics “The Sound of Music,” “Hedwig and the Angry Inch” and “The Crucible.” Norton will direct “The Crucible” and perform in “Hedwig and the Angry Inch,” sometimes doing both in one day.

The theater’s boundary-pushing productions presented between July 2-August 2 are designed to spark critical thought and inspire conversation within the community.

“We’re re-examining classics,” McKay said. “People are always hungry for new perspectives and I feel Traverse City people are open and smart and willing to look at something with fresh eyes.”

P45’s role within the region’s arts scene expanded with the 2019 launch of an arts education program. Workshops, internships for performers and stage and production designers each immerses local students into the theatrical world.

“We have so many theater opportunities in the community, but this is the only opportunity in which students are able to work with a company of working professionals,” said P45’s Director of Education Stacia Sexton.

“I learned to be more open with people,” she said. “At first I took it seriously. Then, I learned to have fun with it.”

Hills plans to audition for a performing internship as one of the Von Trapp children in summer’s “The Sound of Music.”

Sexton said seven to 12 youth will be selected for the internship. Auditions take place February 18-19.

P45’s latest education outreach is a partnership with Interlochen Center for the Arts. This spring the arts entities will establish a dedicated residency for professional directors and theater-makers to create material for Parallel 45 incorporating Interlochen theater students.

Four free one-day workshops for children ages 3 to 7 and their families take place in April and May. Youth ages 5 to 11 may register for P45 summer camp 2020. The camp offers a professional performance opportunity.

“We really hope to cultivate a love of performing,” Sexton said. “And to give youth experiences that will allow for life skills, like collaboration and working in a professional theater environment.”

McKay said P45’s goal going forward is to connect more audiences with the joy of theater and P45’s way of celebrating life in northern Michigan.

‘The Alphabet Experience’ features 26 mini-plays for all ages

TRAVERSE CITY — Devising an entire performance from scratch is much different than re-imagining a pre-existing piece with a history of success.