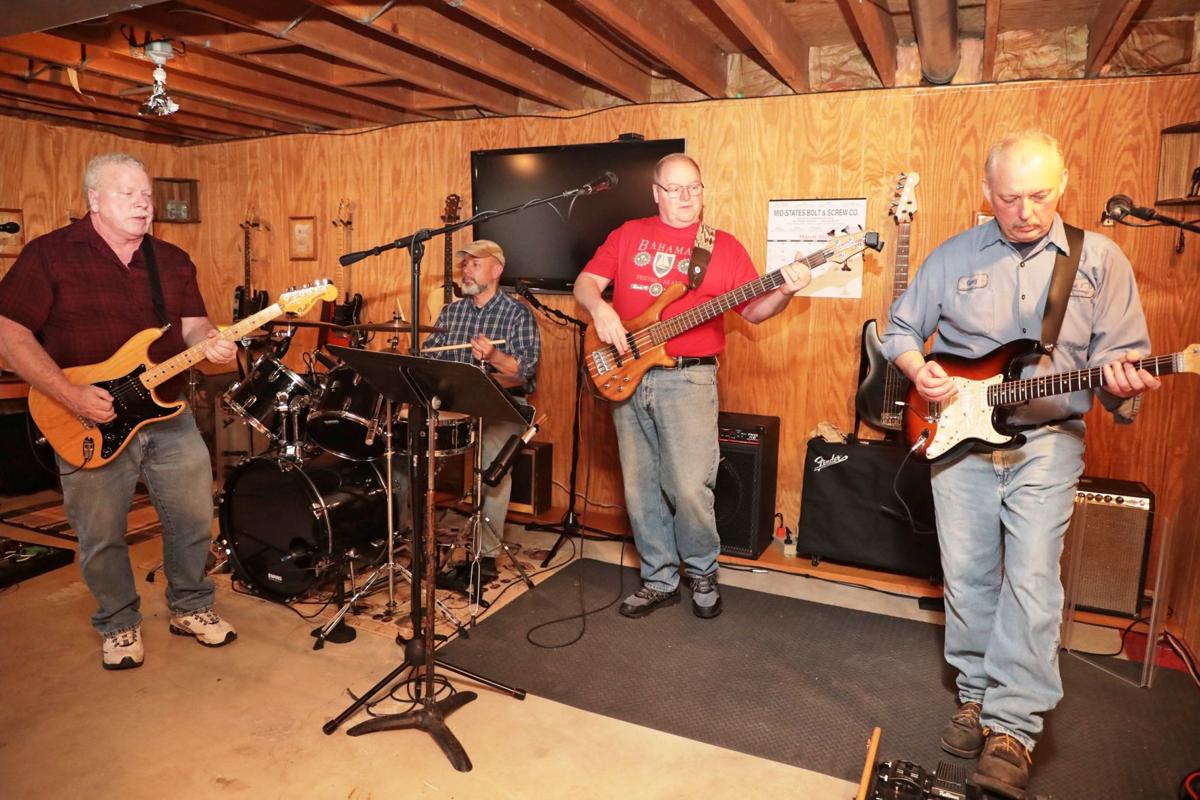 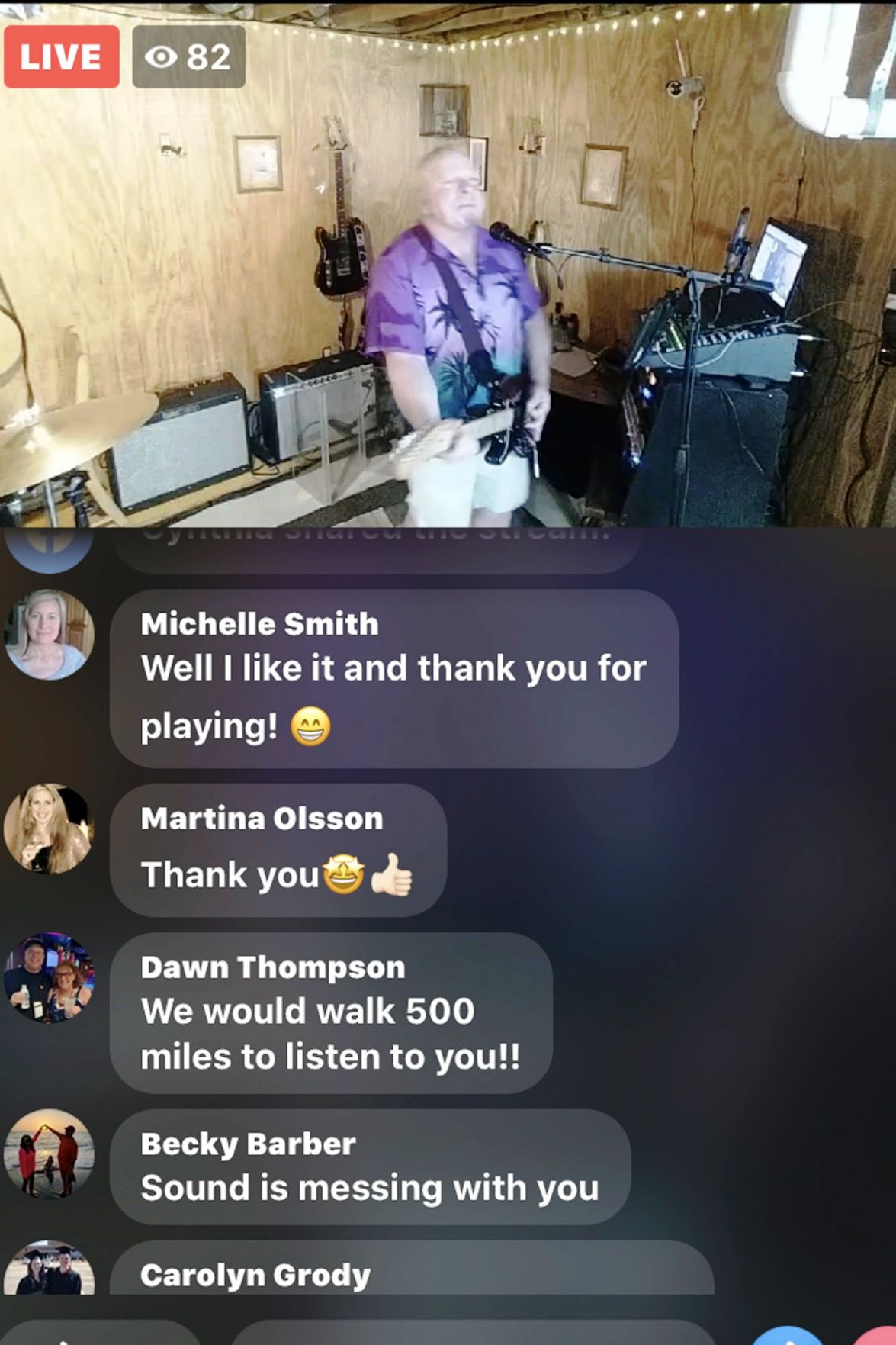 A Facebook Live screen capture shows Kenny Thompson, of Mancelona, performing a music concert March 20, from his home studio. “I don’t think I’m famous but I do play a lot of music and this (virus) situation puts us all in a pickle,” he said.

A Facebook Live screen capture shows Kenny Thompson, of Mancelona, performing a music concert March 20, from his home studio. “I don’t think I’m famous but I do play a lot of music and this (virus) situation puts us all in a pickle,” he said.

MANCELONA — While area businesses are limiting hours, services and direct contact with the public to slow the spread of the coronavirus, one Antrim County entrepreneur didn’t skip a beat taking creative steps to keep both his businesses operating.

Kenny Thompson, of Mancelona, is known as The Computer Guy. At night and on weekends, he performs as a singer at venues around northern Michigan.

“With a good percentage of people staying home in self-isolation and trying to be safe, I wanted to offer some services to help,” Thompson said.

In a Facebook post, The Computer Guy offered services to his customers and community who needed assistance with their personal computers.

Using the internet, Thompson connects remotely to his clients’ computers to resolve their issues.

After the post appeared, Thompson said he started getting requests — but not so much for the computer services.

“I was getting requests to play online from people who usually come to see the shows,” Thompson said, of his entertainment business. “Some thought it would bring light into their homes.”

Wanting to do something to chase away the blues, Thompson then contacted members of the band, Trending Classic, with whom he often practices and performs, and pitched the idea to go live on Facebook during a rehearsal. Thompson jazzed it up by wearing the blue Hawaiian shirt and shorts that his fans are accustomed to seeing him in.

“We were all hyped preparing a set list during dinner that night,” said Thompson. “At 7 p.m., we went live on Facebook and the comments started pouring in.”

Dusty Seifert, of Kalkaska, and her family were among the hundreds of people who tuned in to watch.

She and her family originally planned on celebrating her daughter Alicia’s birthday at Mr. C’s, where Thompson was scheduled to perform.

“Having Kenny do his concert made our night and helped make my daughter’s birthday better,” said Seifert. “I noticed a lot of his fans were watching and enjoying it as well. It was a great idea for us to get our music fix under the blah circumstances.”

With more than 1,500 views, Thompson and Trending Classic accomplished what they set out to do.

“We wanted to try to keep a feel-good going,” said Greg Butler, who, along with Kevin Schultz and Alex Fleet, make up the band. “With everyone strapped at home, if they can’t come to us for the music, this is a way for us to bring it to them.”

The live concert struck a happy chord with viewers.

Janeen and Ron Wardie, of Kalkaska, have been following Thompson and his concerts for nine years and say his music has helped them through some tough times.

“I have severe depression and anxiety, and this time of crisis and uncertainty has been very difficult,” Janeen said. “We sat on the couch with a beer while watching the concert on Facebook.”

“Just being able to hear the band play was more than good for our souls,” she said. “It was great therapy for my mental health.”