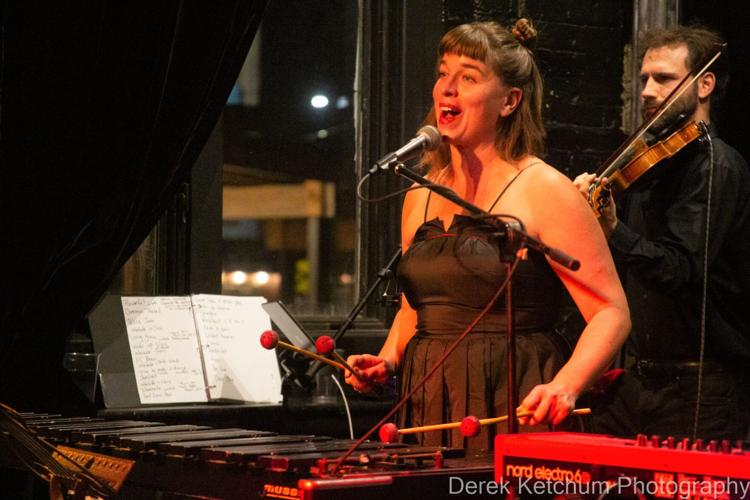 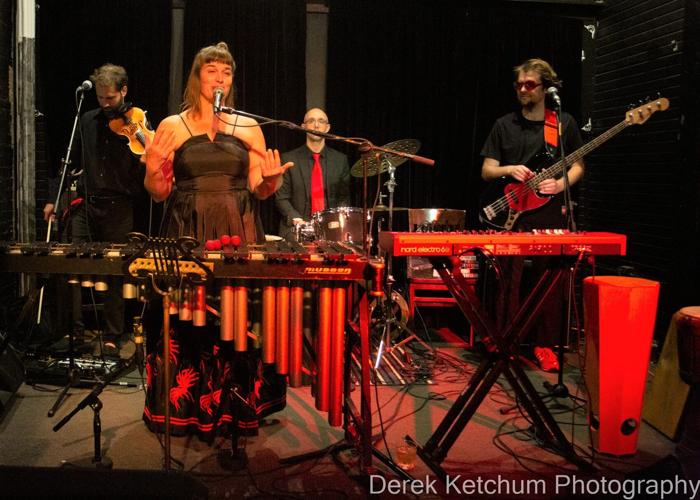 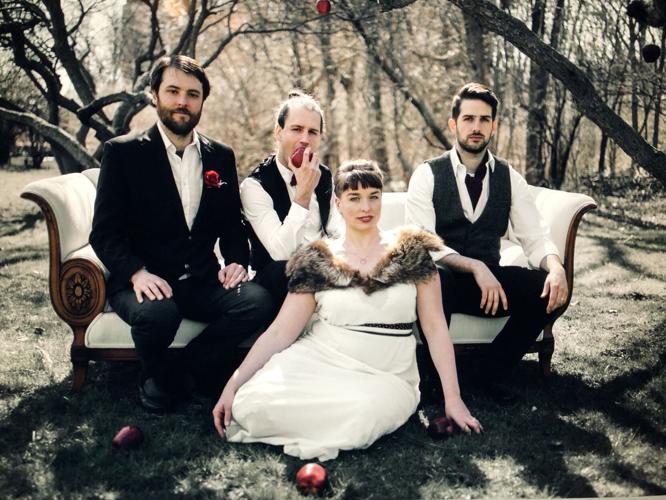 Dede and the Dreamers includes Dede Alder on marimba and keyboards, bassist Chris Michel, with Josh Holcomb on viola and violin, and Scott Pellegrom on drums. (Will Harris, Carolyn Koebel and John Driscoll also rotate in on drums for live shows.)

Dede and the Dreamers includes Dede Alder on marimba and keyboards, bassist Chris Michel, with Josh Holcomb on viola and violin, and Scott Pellegrom on drums. (Will Harris, Carolyn Koebel and John Driscoll also rotate in on drums for live shows.)

TRAVERSE CITY — As a rare marimba player in the world of rock and folk, Dede Alder always has stood out with her music and performances.

But the Traverse City native who now makes her home in the Saugatuck area feels that Dede & The Dreamers have taken an even deeper dive with trailblazing new songs that boast “a real evolution to the sound” of the band.

“I’d say my vocal quality has gotten richer, as well as the lyrical content. There are a few songs on the album which I would describe in the classic Dreamers sound — simple, sweet and quirky — but this album goes deeper and takes songs further than we would have in the past.”

In large part, that singular sound can be attributed to Alder’s desire to follow her own path musically, without leaning on other musicians as influences.

“For the first time in my life, I don’t feel like I’m following another artist’s ideas,” she said. “I’m not trying to emulate their style or career. I am fully trusting in my own musical senses and ideas, and really visualizing what I want to say and how I want to say it in the world right now. I am digging down for my own authenticity.”

Recorded at home studios throughout Michigan, the new album was edited, mixed and produced by band member and bassist Chris Michel, with newest band member Josh Holcomb on viola and violin, Scott Pellegrom on drums and Alder on marimba and keyboards. (Will Harris, Carolyn Koebel and John Driscoll also rotate in on drums for live shows.)

“We present a totally authentic band sound. There are also some unexpected playful qualities on the album that me smile and allow the listener to be surprised,” suggested Alder, a graduate of Traverse City Central High School and Northwestern Michigan College.

“I don’t know if there is an overall theme, but the project comes together with a collective vision. The general themes of the lyrics are one of appreciation and slowing down and resilience.”

Alder said band members plan to take a break after the tour so they can “do some concentrated booking” for 2023, including winter and spring dates in other Michigan cities.

In addition to those full-band shows, Alder plans to launch a duo project next year with Holcomb, dubbed Duo One, which will perform an all-original, musical re-telling of great flood myths, including Noah’s Ark.

“Both of these projects have been incubating for several years now and are finally being set free into the world,” she said. “It is huge rebirthing for myself as a musician and our potential to create fine art.”