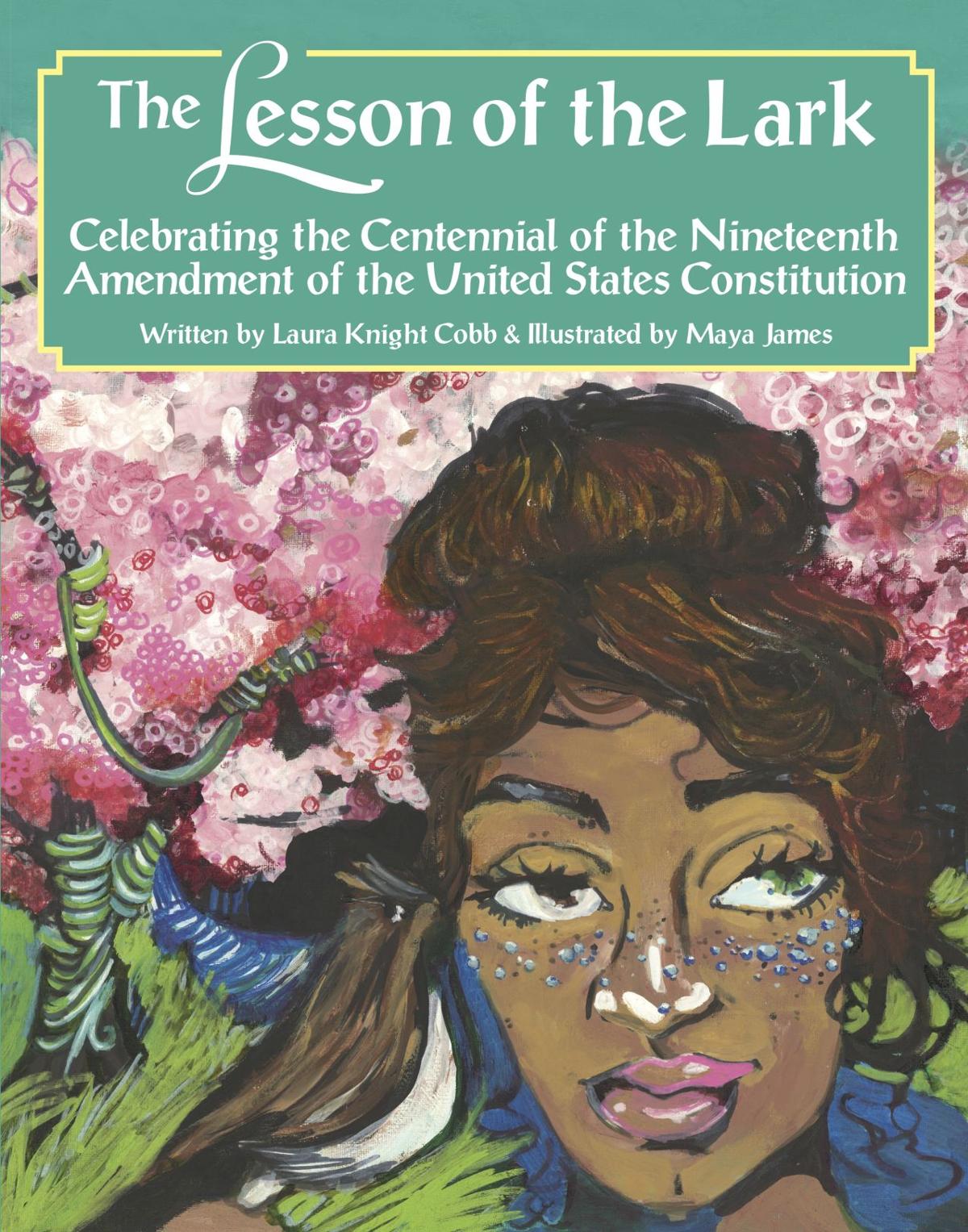 The cover of “The Lesson of the Lark.” illustrated by Maya James. 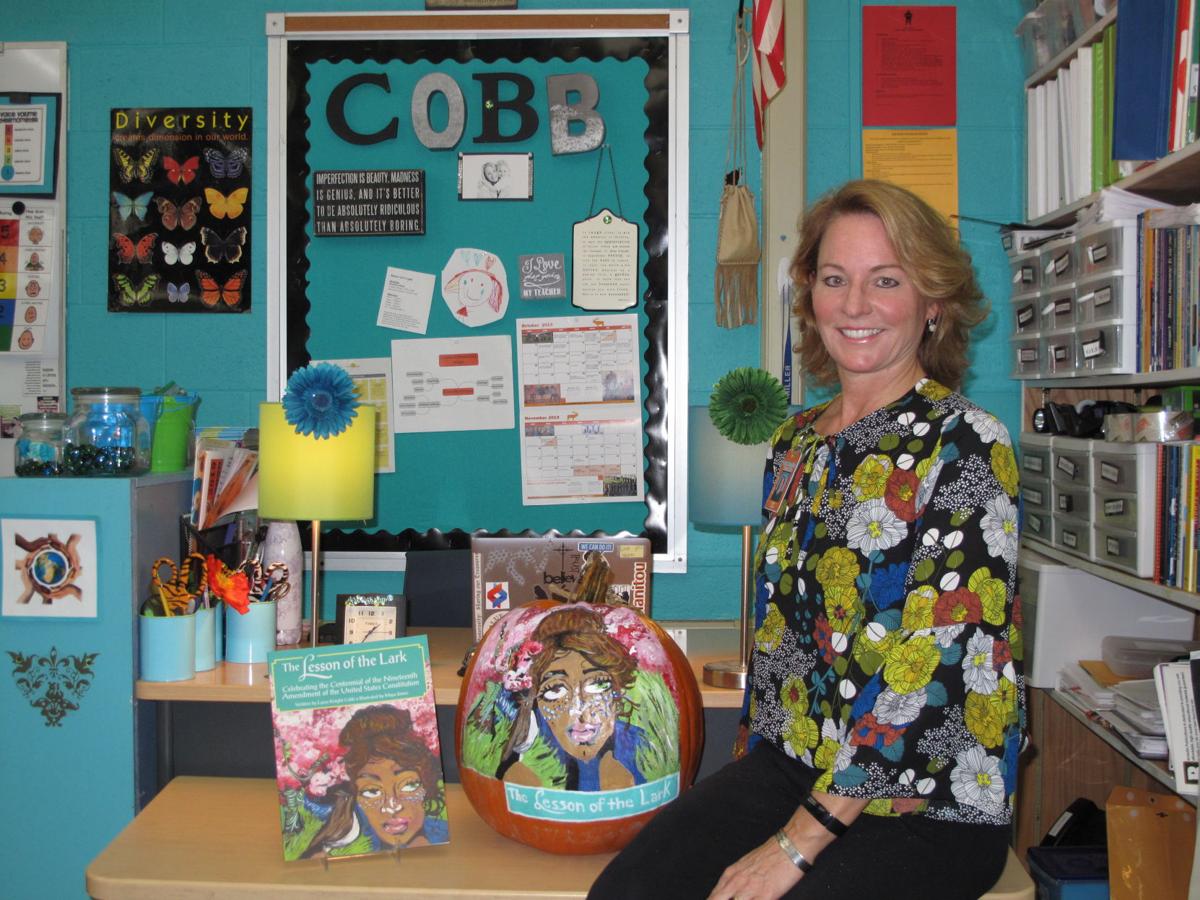 Laura Knight Cobb sits next to a pumpkin and her first book, "The Lesson of the Lark," in her first-grade classroom at Lakeland Elementary School in Elk Rapids. 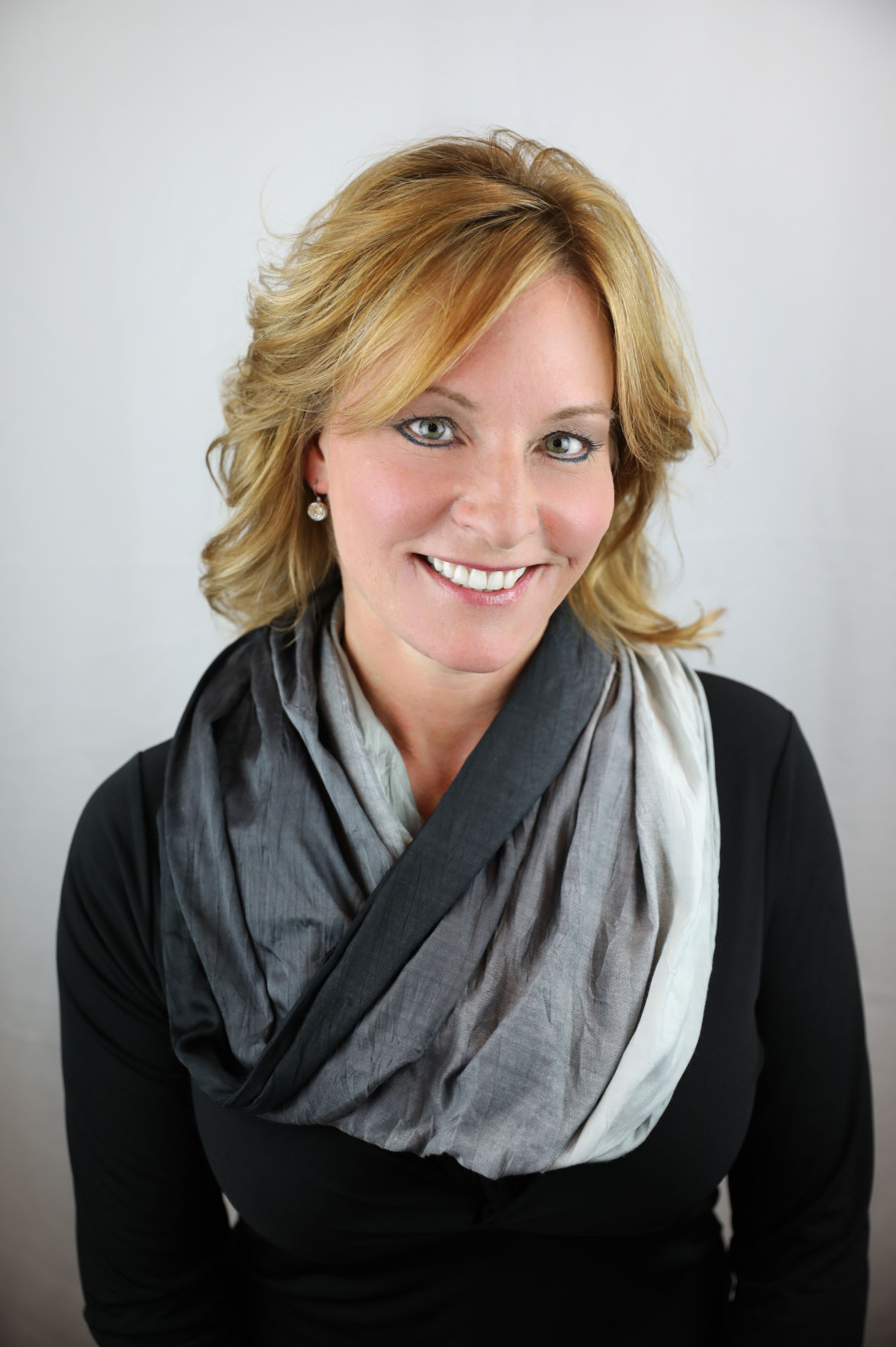 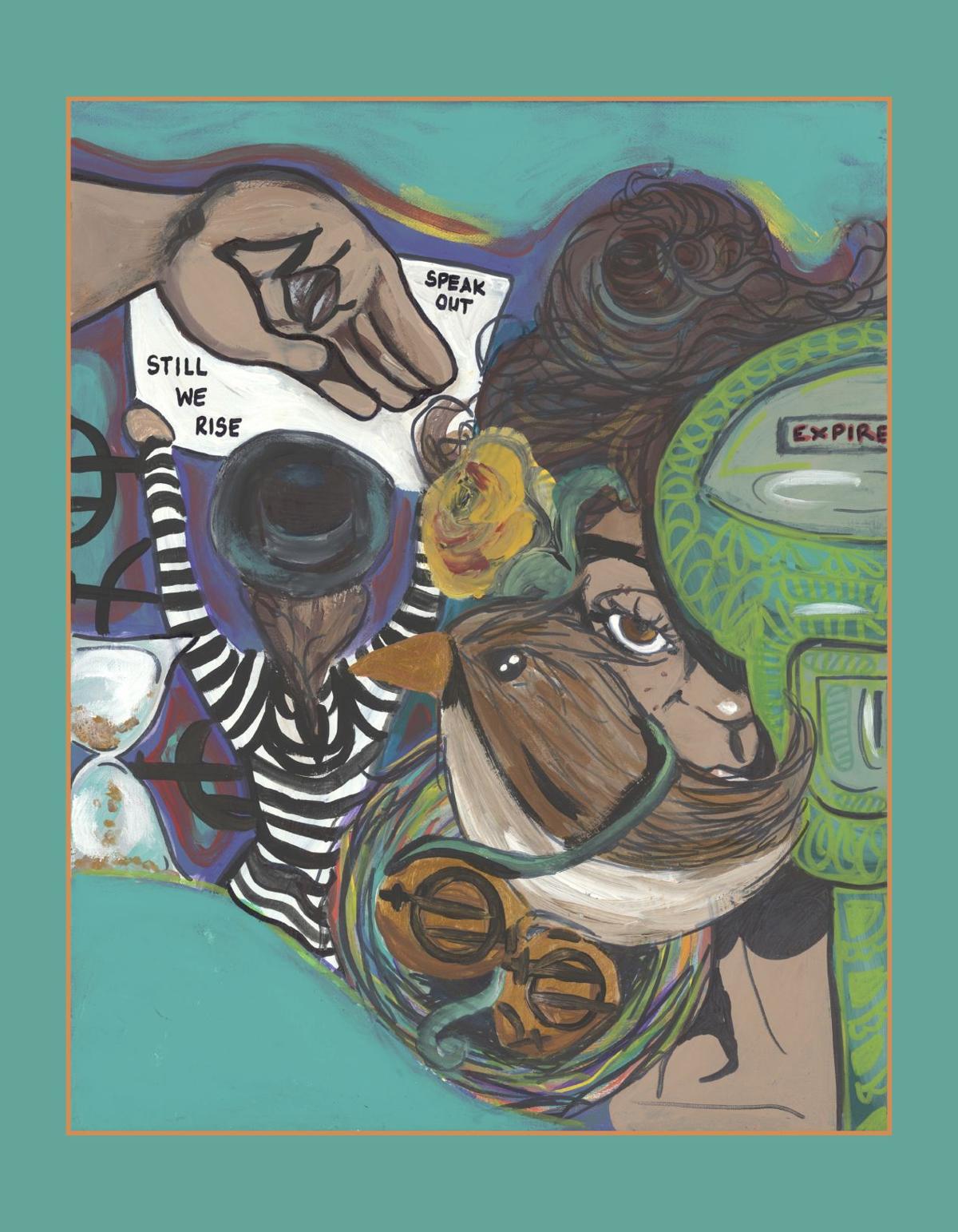 The illustration by Maya James on Page 31 of "The Lesson of the Lark" by Laura Knight Cobb.

The cover of “The Lesson of the Lark.” illustrated by Maya James.

Laura Knight Cobb sits next to a pumpkin and her first book, "The Lesson of the Lark," in her first-grade classroom at Lakeland Elementary School in Elk Rapids.

The illustration by Maya James on Page 31 of "The Lesson of the Lark" by Laura Knight Cobb.

ELK RAPIDS — Laura Knight Cobb has many roles and all are a part of her first book.

“The Lesson of the Lark” — available on Amazon and officially launching Nov. 2 at Horizon Books in Traverse City — celebrates the 19th Amendment to the U.S. Constitution granting women the right to vote.

Known as women’s suffrage and ratified on Aug. 18, 1920, the amendment granted “the right of citizens of the United States to vote shall not be denied or abridged by the United States or by any State on account of sex. Congress shall have power to enforce this article by appropriate legislation.”

Cobb uses her professional skills, as she says in the dedication, to “awaken us all to the continued obligation of attaining equal rights.” Cobb said as significant the fight was for women to earn the right to vote, the battle of equality is still being waged.

“We’ve been struggling since 1923 to pass the equal rights amendment and we’re still one state short,” Cobb said.

Michigan ratified the Equal Rights Amendment on May 22, 1972. But it’s still one state short of the 38 required to enact it nationally. Cobb said 96 percent of the population believes the law guarantees equal rights for all.

“They don’t even realize this hasn’t been firmed up yet,” Cobb said. “Wouldn’t it be fantastic, wouldn’t this be amazing for this to happen now?”

“The Lesson of the Lark” teaches equality and tolerance through a nameless girl, a lark and a gardener. Cobb said “there’s different interpretations to the gardener” as well as to the book in general.

“There are spiritual undertones in the story line, but everything is so vague that it can be interpreted in any number of ways ... so the message of equality could be heard,” Cobb said.

While the girl in the book doesn’t have a name, the face belongs to illustrator Maya James. A 2016 graduate of Traverse City Central who is attending Western Michigan University studying African American studies, Cobb was James’ fourth grade teacher at Mill Creek Elementary in Elk Rapids.

Cobb remembers talking to James about equality when she was a student.

That certainly was the case with James, who had an exhibit titled “This Woman Believes” at the 2018 ArtPrize and is working on a graphic novel through Maamoul Press in Dearborn that will be released soon.

“She inspired me maybe even more than she knew at that time,” James said of her former teacher.

The book is presented in a way that draws on Cobb’s work as a poet and lyricist. She has been in the “Treasured Poems of America” in 1999 and has six published songs. “The Promise of Peace” was performed at Carnegie Hall in New York City.

“I love poetry,” Cobb said. “This is why the book is written in prose. It started out as a poem and then it grew inside of me.”

The teacher part of Cobb is also evident in “The Lesson of the Lark.” At the end of the book are vocabulary terms, comprehension and vocabulary tests, essay questions and video links.

“That’s why for me it was important to put in the teacher’s guide,” said Cobb, who has a master’s degree in curriculum and instruction.

The historical fiction book is designed for students in fourth through 10th grade.

That’s an audience that Cobb knows well. She has been a teacher for 25 years, 18 in Elk Rapids. Cobb said she has taught “everything K-8” with stops in Michigan, Florida, Texas and overseas in England, Scotland and Switzerland on a Fulbright exchange in 2008.

“The Lesson of the Lark” from Mission Point Press is $28.95 in hardcover and $22.95 in paperback. Cobb said the higher price is so the book can be used by teachers and the tests in the back can be readily copied.

“The curriculum person in me said, ‘I’m going to put it all right there and make it easy,” Cobb said.

"The Lesson of the Lark" officially launches Nov. 2 from 1-3 p.m. at Horizon Books, located at 243 E. Front St. in Traverse City. Other author events include: