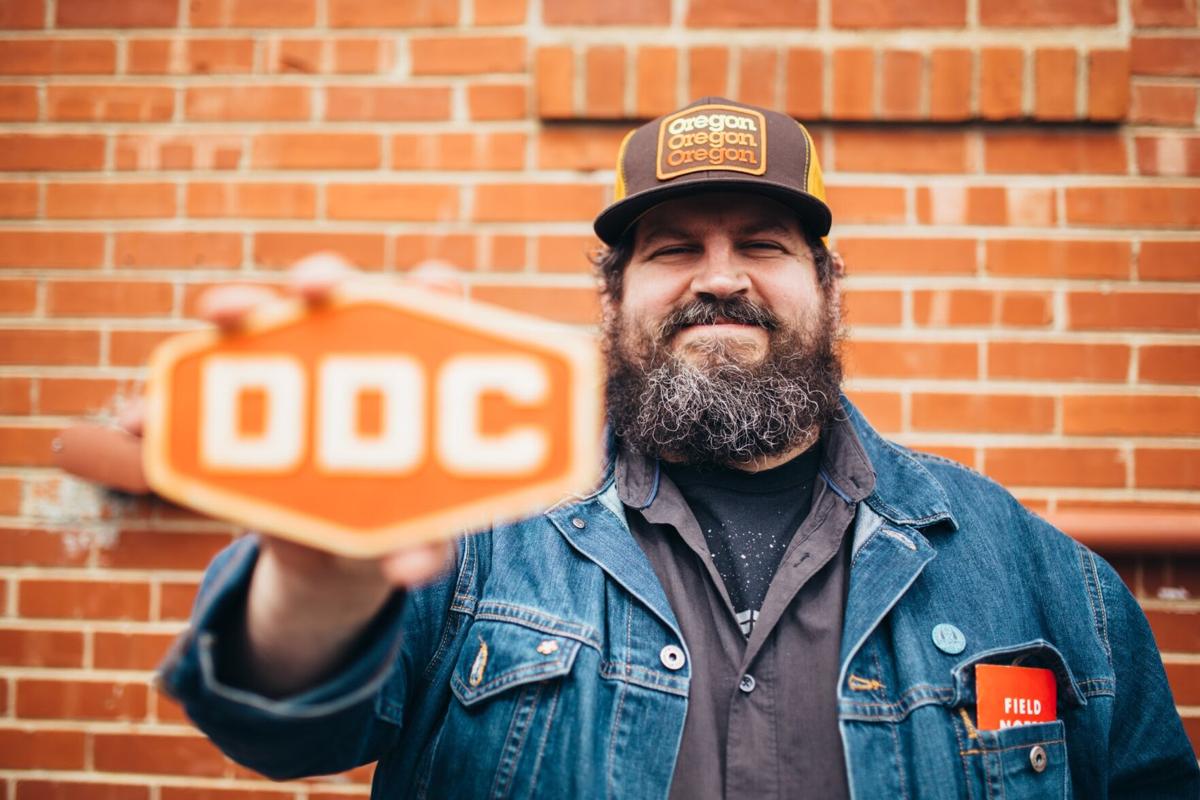 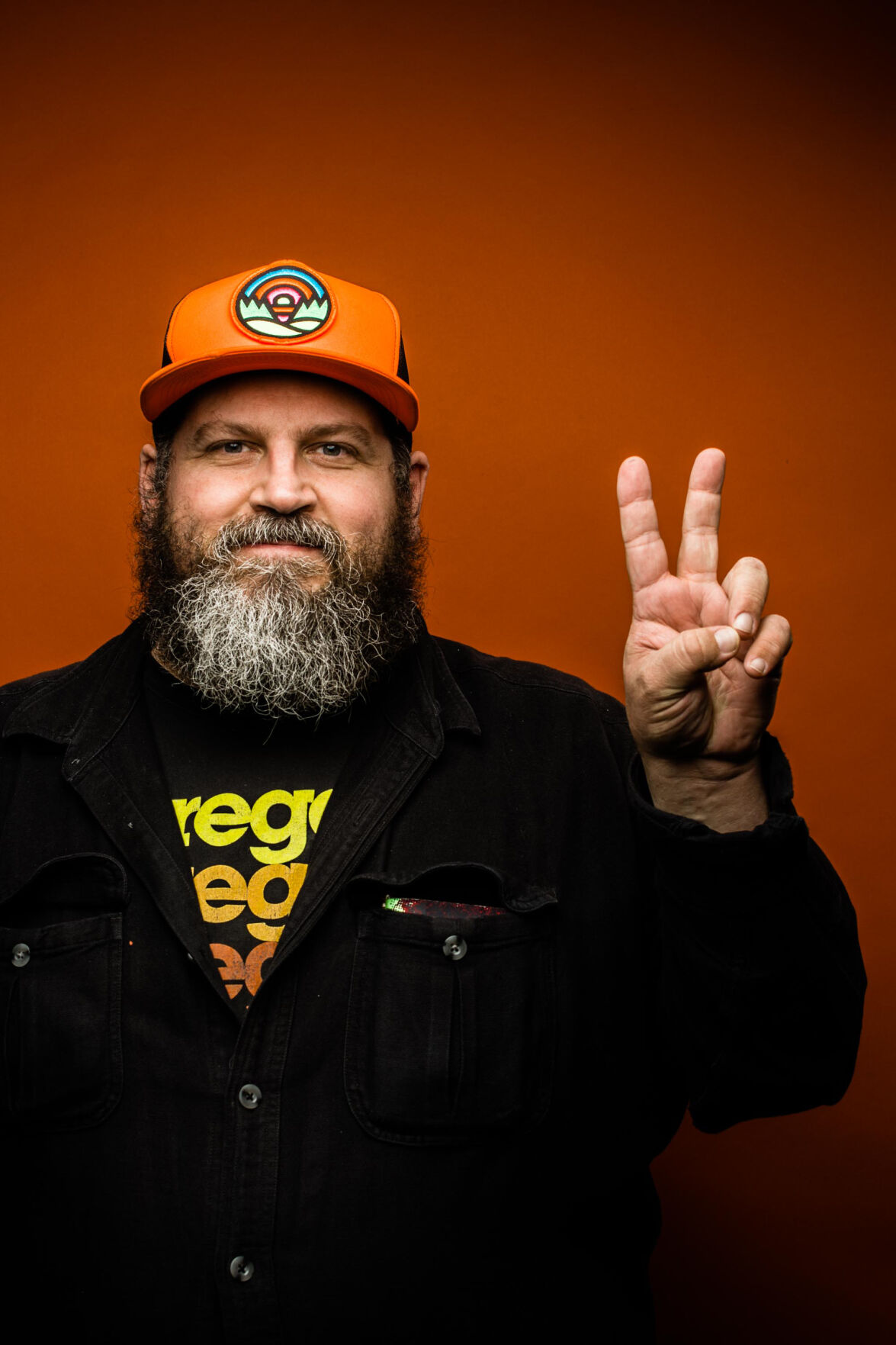 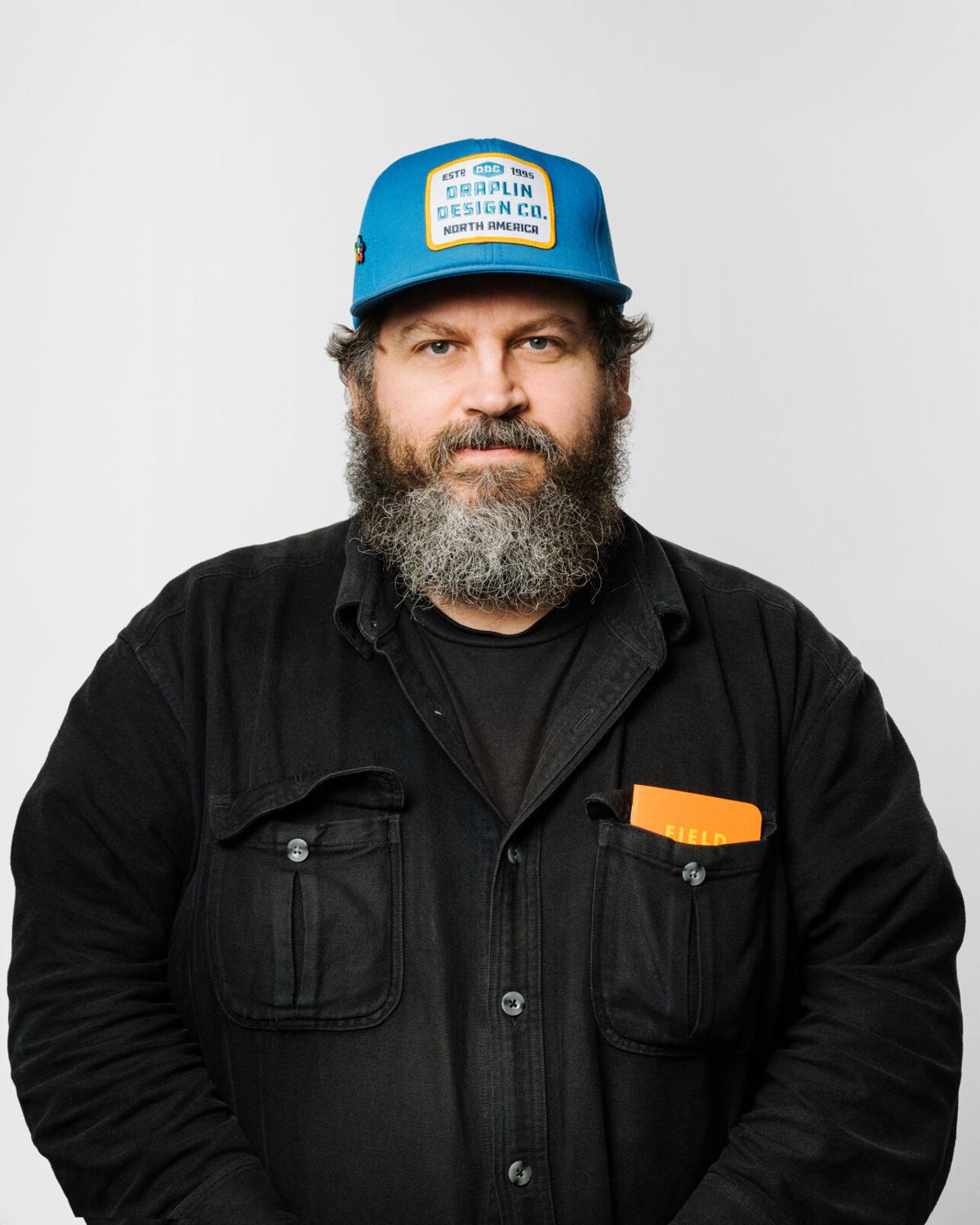 PORTLAND, Ore. — When Aaron Draplin opens up a speech on graphic design in Germany, the story he tells about growing up in northern Michigan isn’t always a fairy tale.

“Usually it’s in the context of the limitations I’ve experienced as a kid,” Draplin said. “You had to drive to Detroit or Chicago to get to the culture.”

But Traverse City is not that way anymore, Draplin says, and he’s wondering why he ever left for the west coast.

The 47-year old Portland resident has done 460 speeches around the world — two of which were branded as TEDx talks in Detroit and Portland — on his life as a graphic designer after growing up in Central Lake and around the Traverse City area.

Draplin said he frames Traverse City in the sense that you can be creative and make a living as a creator from truly anywhere in the world.

“It started to get weird when you’re doing it in the Philippines or doing it somewhere like in Germany a number of times,” Draplin said. “You don’t even know if they can understand you, then you meet all the kids afterwards and they speak better English than I do. It’s amazing.”

Draplin left Michigan after attending Northwestern Michigan College in search of the mountains of the west, he says, landing in the Portland area as a freelance graphic designer that primarily works with clients in the snowboarding industry.

He has designed stamps for the U.S. Postal Service, gift cards for Target, the artist lineup art for the 2013 Sasquatch Music Festival, and even logos for the Nike Skateboard collection. He put a book together, “Pretty Much Everything” of a lot of his early career works that’s currently carried at Brilliant Books.

Even with big-name clients, Draplin said he is not afraid to do what’s necessary to put a quality product out.

“I remember my summer trimming trees for Cherryland Electric. That wasn’t about anything cool, it was about just getting the job done,” Draplin said. “I’m not afraid to go really long in a project. I’m not afraid to work late, and that all comes back from pizza delivery jobs that I had as a kid.”

Likewise, on the speaking circuit he can be found one night in New York City the next in Cedar Rapids, Iowa, and the next in Boston.

He’s not afraid to speak in front of hundreds, not immediately realizing that his 2015 show at the Dennos Museum at NMC would be in that vanguard.

To this date he described the show at his alma mater as one of his most proudest, yet scariest. That’s because the high school he graduated from was just three blocks away.

“You say something goofy in Omaha, it stays there,” Draplin said. “Those people knew me from when I was just some rat kid and now I’m on the stage sharing my whole mess with the Dennos Museum crowd.”

Since then, he’d visit his mother Lauren in Lake Ann and girlfriend Leigh McKolay’s family in TC often, but he was afraid coming back to the city he grew up in would take him out of work because of its then-lack of emphasis on the arts.

Two decades later, the Dairy Lodge ice cream parlor he’d spend summers at is the same, but culture of the city he knew then is different. With remote work becoming normal across the world in the scope of the pandemic, heading back home is a bit easier to think about.

“You realize that (Traverse City) has got just about as much cool stuff as a Grand Rapids would have or anything for that matter,” Draplin said. “That’s something that’s changed that last 20 years. That’s really interesting to me that you don’t have to go to the big city.”

“You leave and you’re instantly sad for how beautiful Lake Michigan is.”