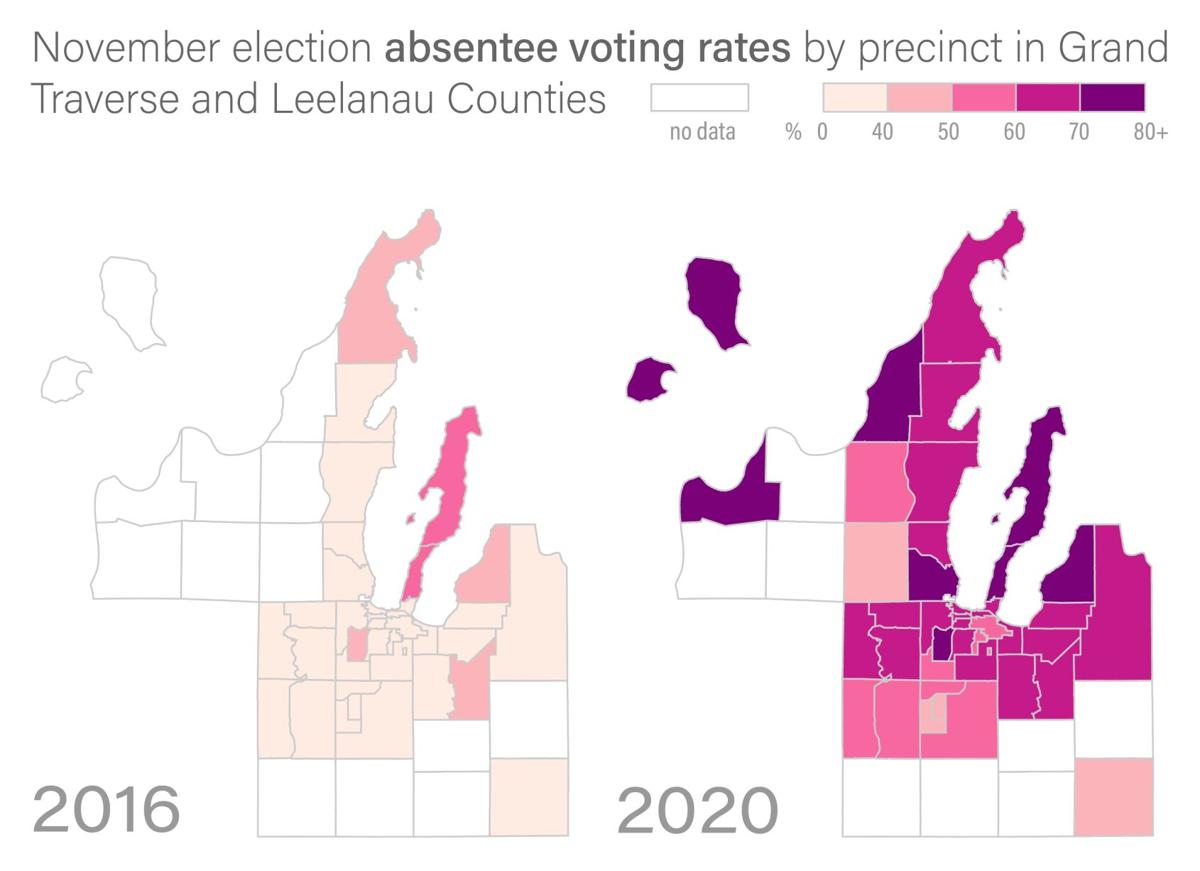 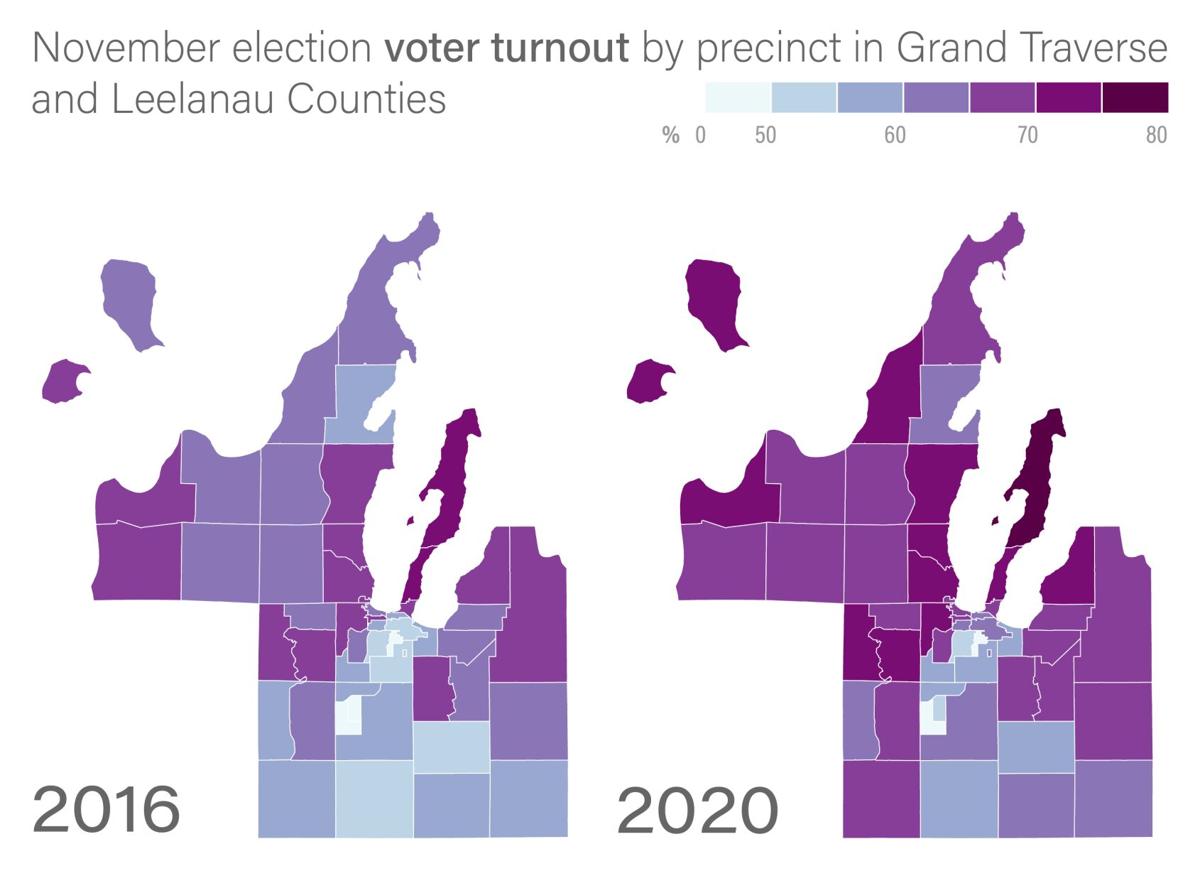 More than 45,000 people voted absentee in Grand Traverse and Leelanau counties during the 2020 general election, representing 65 percent of the ballots in precincts where absentee counts are available.

That’s more than double the roughly 20,000 absentee ballots submitted in those counties during the 2016 general election, when only 34 percent of voters used the method.

“They were afraid to go to the polling precinct,” she said. “I think people were trying to be extra careful and not expose themselves.”

This was the also first presidential election to take place since Michigan voters approved a ballot initiative allowing no-excuse absentee voting in 2018.

According to Scheele, more absentee balloting meant an extremely busy election season for county clerks, who have been checking in, securing, and organizing the ballots since September.

In Grand Traverse County, more than 30,000 voters had submitted their absentee ballots by Oct. 30, according to data from the Michigan Secretary of State.

“Election day was very busy too, because some of those absentees were delivered the same day,” Scheele said.

Voter turnout statewide reached a record during the 2020 general election — more than 5.5 million.

Both Grand Traverse and Leelanau counties saw increases in voter turnout compared to 2016 (4 percent and 5 percent respectively). Those gains are consistent with other counties in Michigan.

Amid record turnout and the surge in absentee voting, election officials at all levels of government have also been combating disinformation about election integrity for months.

“Every valid absentee ballot will be counted by a pair of election workers – one from each major political party – trained to tally them without political bias,” wrote Secretary of State Jocelyn Benson in an October press release, announcing that more than 2.6 million Michiganders had already voted.

In a release Friday, Benson addressed confusion over vote tallying errors in Antrim County, and election challengers in Detroit.

Scheele said voters have been confused about several issues — from the differences between absentee and early voting to whether sharpies are allowed in the polling place.

“Because of social media and the news, people are mixing up the rules in (other) states with our state,” she said.{/span}

She said a silver lining to all the confusion is that voters are learning more about how the election process works. She wants to assure voters, again, that absentee voting in Michigan is safe.

“There are a lot of checks and balances,” she said. “The ballots are all secured before Election Day, and not opened until Election Day. Absentee voting is really secure.”