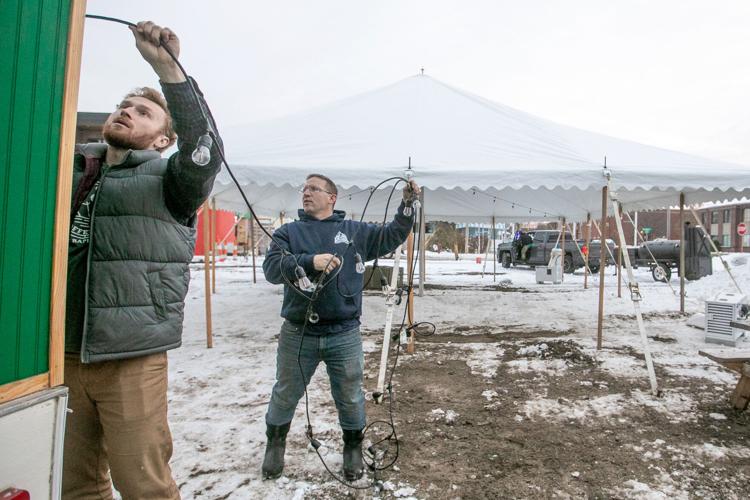 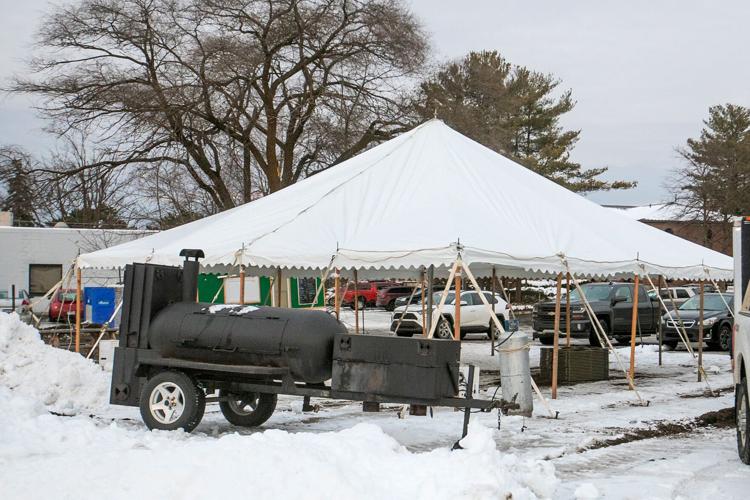 Joel Beckham is organizing a free Thanksgiving meal for the community on Thursday at the corner of Randolph and Division streets in Traverse City.

Joel Beckham is organizing a free Thanksgiving meal for the community on Thursday at the corner of Randolph and Division streets in Traverse City.

TRAVERSE CITY — Good will and a good meal are being served up at a community feast on Thanksgiving Day.

The free meal is sponsored by Traverse City Joy Initiatives, a local ministry, and everyone is invited, including those who are homeless. It will take place from 2 p.m. to 6 p.m. under a 900-square-foot heated tent at the corner of Randolph and Division streets, with food being served out of a 32-foot trailer and drinks out of a food truck.

There will be music and festive lights and maybe even a Christmas tree and a few reindeer, said Joel Beckham, a local business owner who came up with the idea for the community meal.

“It’s not really about the homeless or those in need,” Beckham said. “It’s about everybody coming together and having fun, finding joy in the season.”

Beckham, who owns Qualified Roofing and several other businesses under the Qualified Group umbrella, is hoping to make the dinner an annual event.

Everything is donated by local businesses, including all the food, although volunteers are needed to cook turkeys and prepare all the side dishes that go into a proper Thanksgiving meal.

People can pick up a turkey, cook it at their home and bring it back the next day, where it will be kept warm in a smoker, along with several hams. Those who want to prepare a side dish can pick up an aluminum pan with all the ingredients they need for the dish, plus the recipe. Or volunteers can use their own recipe.

Everything can be picked up starting after 3 p.m. Wednesday.

“Just cook it and bring it back Thursday morning,” Beckham said.

There is no cost for the meal, but a donation box will be set up for The Father Fred Foundation, which offers food, clothing, financial assistance and more to those in need.

At about 5 p.m. they’ll start packing up any leftovers for people to take with them, Beckham said.

Beckham said the idea for a community meal was born after he spent last Thanksgiving alone, wishing he had just such an event to go to – not just for the food, but for the comraderie.

“Everyone that knows me knows I’m all about food,” he said.

Bo Uzzle, former owner of Ham Bonz restaurant, donated a portion of the hams for the event.

“Joel is a lunatic and he gets these weird ideas and I just thought I would help him out,” Uzzle said. “It’s a great idea and I hope it goes well.”

Stanley Pittman is the owner of Tilley’s Party Store and the lot at Randolph and Division where the tent will be set up. He and his family bought the lot where a gas station once stood, but is now where food trucks park during the National Cherry Festival and other summer events.

Pittman said, when Beckham contacted him, he told him it was no problem, that it’s always good to give back to the community you live in.

“It’s quite a cool thing (Joel) is doing, a great concept,” Pittman said. “Letting him use the dirt across the street is nothing for us.”

Beckham said he grew up in a family like the one in “Sons of Anarchy,” an action crime series about a close-knit outlaw motorcycle club. “I left home at 15 to get away from it,” he said.

Two years later, he was in Traverse City, where he founded Joel’s Roofing. He said he also found the Lord. About 15 years ago, he was at a job site on a cold and miserable day that was wet with rain and snow. Instead of getting angry, he made an effort to turn his attitude around and be grateful for being able to work and have his own business.

He came up with the idea for someday creating a ministry that would be funded by businesses in a “pay it forward” mentality.

Beckham founded DVE Ministries in Traverse City in 2021, a self-funded nonprofit that facilitates and funds outreach for people in need while advocating for affordable housing in the area.

TC Joy Initiatives, founded in 2022, is a part of that ministry and has four pillars — the housing crisis, the addiction crisis, homelessness and troubled youth.

Here are some more places to go for a free Thanksgiving meal: