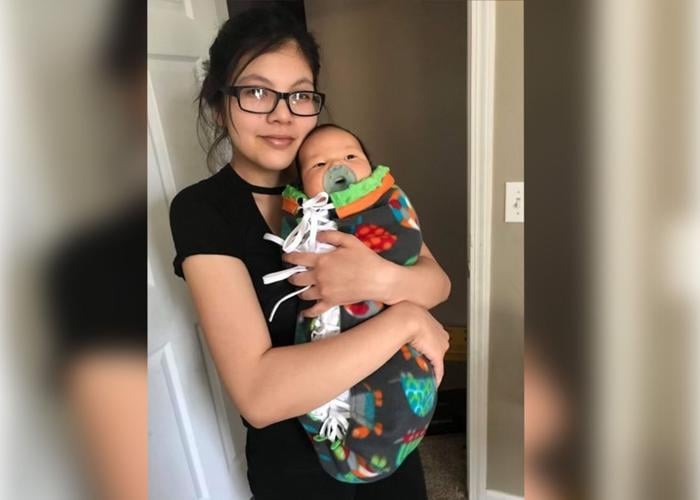 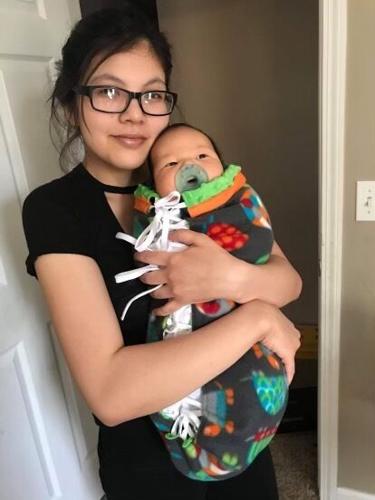 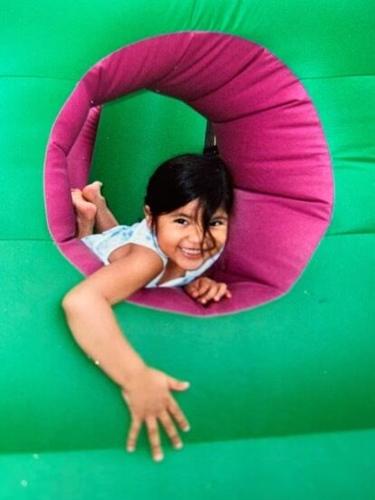 Nangonhs-Ba Massey photographed in 2004 at age 5. 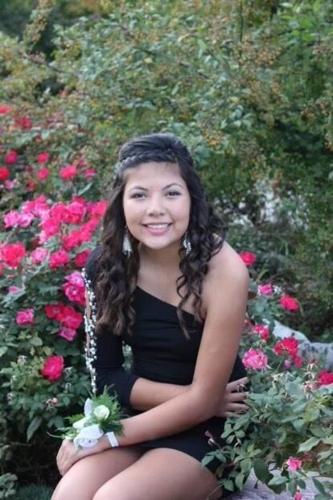 Nangonhs-Ba Massey poses for a homecoming photo in 2013 at age 13. 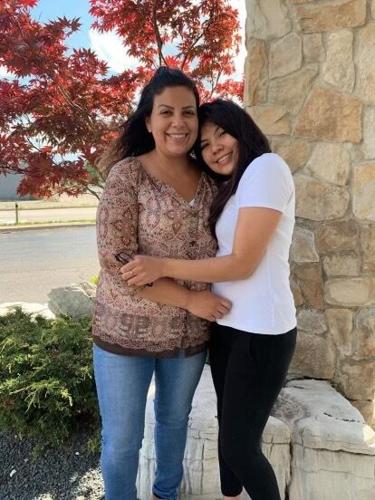 Melissa Pamp and Nangonhs-Ba Massey pose for a photo in 2019. 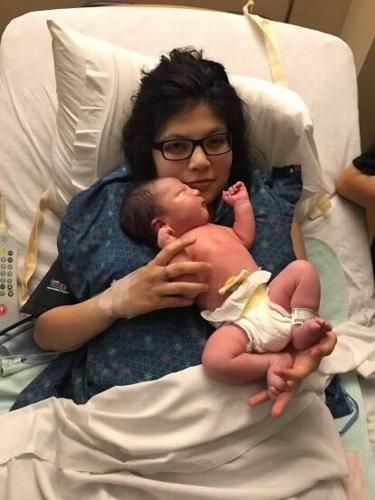 Nangonhs-Ba Massey photographed in 2004 at age 5.

Nangonhs-Ba Massey poses for a homecoming photo in 2013 at age 13.

Melissa Pamp and Nangonhs-Ba Massey pose for a photo in 2019.

MT. PLEASANT — Melissa Pamp took the phone to a different room to talk about her daughter.

She didn’t want to disturb her grandson, newly in her care full-time, while he played.

Pamp said his mother, and her daughter, 21-year-old Nangonhs-Ba Massey, had rarely asked for help with raising him while she was still alive, even though she was doing it on her own.

Describing her artistic daughter, who loved music and always advocated for doing what was right, her voice became heavy with grief.

A citizen of the Little Traverse Bay Bands of Odawa Indians, Massey died in November. Authorities said a non-Native woman stabbed her at an apartment complex in the city of Mount Pleasant, on the Isabella Indian Reservation.

“She always loved to dance at Pow Wows,” said Pamp. “She’s been a water protector since a very young age.”

Pamp described Massey’s son as her greatest joy and accomplishment. She’s proud of her daughter, who she said had just gotten an apartment and was “starting to take control of her life.”

Her death is part of an ongoing epidemic: Indigenous women, children and two-spirits — an Indigenous term for those who fulfill a traditional third-gender — across the continent, as targets of violence, rape and murder.

The U.S Department of Justice (DOJ) finds that Indigenous women are murdered at more than 10 times the national average.

“I just never thought that it would be my daughter,” Pamp said. “And statistically, it would have happened to one of my daughters ... so I don’t know if maybe, somehow she knew. And she sacrificed for her sisters. I don’t know. But it has to stop.”

Violent epidemic, problematic response According to the National Congress of American Indians, four of five Native women have experienced some form of violence in their lifetime, with more than half suffering sexual violence.

To address the epidemic of violence against Indigenous women, the U.S. Department of Justice established a Research Task Force in 2008. Today, there is still no database of missing and murdered Indigenous women.

According to the Urban Indian Health Institute, in 2016 there were 5,712 reports of Missing American Indian and Alaska Native women and girls, but only 116 cases were reported on the DOJ’s federal missing persons database.

The Mount Pleasant Police Department is investigating Massey’s death — they have an agreement with the Saginaw Chippewa Tribe to act within their authority when non-Native suspects are involved.

The suspect in Massey’s killing, Kaden Gilbert, was arraigned in federal court on charges of first-degree murder.

Until 2013, tribal governments had no authority to prosecute non-Natives accused of committing crimes on their reservations. Today, tribes can prosecute in cases of domestic or dating violence, child abuse, or sex trafficking — but they often have to go through state or federal prosecutors to impose sentences for violent crimes.

Justice can never really be granted for Indigenous victims like Massey because tribal governments do not have the authority to prosecute non-Natives in these kinds of cases, said Jeff Davis, former U.S. Attorney for the Western District of Michigan.

“You know, the problem with this is the whole jurisdictional mess and the sad fact is, when it happens in Indian Country, most of the time, the tribe’s jurisdiction is limited,” he said.

In cases like Massey’s where the suspect is non-Native, justice depends on the coordination between the federal government, state police, Tribal Police and the office of the District Attorney, Davis said, adding that coordination can be difficult.

Uniting Three Fires Against Violence is Michigan’s tribal domestic violence and sexual assault coalition that works with the 12 tribes across the state. It’s a supportive piece to help tribes with their responses to stalking, violence and sex trafficking.

According to Rachel Carr, who serves as the executive director of the organization, they have many ways to help provide the support a tribe may need, like training events, webinars or supporting the response to domestic violence and sexual assault.

“We generally work closer with the tribal domestic violence and sexual assault programs, or victim services programs,” Carr said. “But we have worked with tribal prosecutors, tribal judges, tribal leaders.”

Tribal nations should have the power to try their own cases, Carr said.

“If there’s a problem in our tribal communities, they deserve tribal resolution and tribal solutions ... we have to rely on the federal government to come in and provide safety and justice for members in our community,” Carr said. “It’s a significant hoop to jump in for advocates and victims.”

Holly Bird, a Pueblo, Yaqui, and Apache attorney, was recently appointed to the DOJ’s research task force on Violence Against American Indian and Alaska Native Women. The federal advisory committee is tasked with providing recommendations on the DOJ’s program of research on violence against Indigenous women.

She said historically when violence happens in Indian Country, a number of different agencies are involved, and conflicts in jurisdiction or procedure often arise.

“Quite often, there was no outreach by state or federal investigators to tribal entities,” said Bird. “And when there was, it was often riddled with bias. It was victim-blaming ... it was inappropriate.”

According to a 2010 report by the U.S. Government Accountability Office, the U.S. Attorney’s Office declined to prosecute 67 percent of cases of sexual abuse where non-Natives were suspects. Reasons vary, but many are because of a lack of evidence or a statement that the crime never happened.

“We’ve also seen that law enforcement has failed in many instances to investigate at all, or, or holds very biased views of whether or not to investigate domestic violence issues within Indian Country,” Bird said.

She explained that the epidemic of Missing and Murdered Indigenous Women can be tied directly to the over-sexualization of Native women that began with colonialism, and continues to influence how law enforcement responds to Indigenous people.

“There’s been a contentious relationship between the colonizers’ society of law enforcement versus the Indigenous people here, who’ve been living under that oppressive system.”

“And they’re very hard cases to prosecute,” Newland said. “So, in the absence of a law, like you’re really as a tribe, dependent on the federal government to step in and address it for you.”

He’s hopeful cases like Massey’s will be easier to prosecute thanks to a new DOJ pilot project in the state.

It’s a collaboration with the 12 Federally Recognized Tribes of Michigan to improve investigations of missing Indigenous people and develop protocols for how state and tribal law enforcement work together.

“Having the U.S. Department of Justice step in and do so quickly with protocols in place will allow us to respond more quickly, and potentially save someone’s life,” he said. “And so, this type of coordination is crucial to protecting people in Indian Country.”

He would like other agencies to develop better relationships with tribal agencies.

“Make sure that that’s well practiced, so that when we need those relationships, even if it’s not in the case of a missing person, or a murdered person, that we have the ability to do that,” he said.

He also wants to develop a collaboration model for others in Indian Country.

“So if we can do those three things, I will view this as a success,” he said.

For Newland, this collaboration has been long overdue.

In October, the Bay Mills Indian Community enacted legislation that will allow the tribe to bring forth civil claims against non-Native offenders who commit domestic violence or sexual acts against tribal citizens on the reservation.

“So we, you know, developed this out of necessity, because we couldn’t leave these problems unaddressed, they’re getting worse during the pandemic, actually, and something had to be done,” said Newland.

At first Pamp said that she isn’t sure what justice looks like because no one can bring her daughter back; but she wants to bring awareness to the issue and how complicated navigating the judicial system is for them and their families.

She said her daughter was artistic, loyal, loved by everyone, and forgiving of people ... even if they didn’t deserve it.

Pamp said that one way of having justice for her daughter means ensuring not one more Indigenous woman in Michigan is killed or goes missing.

The 2017 brutal murder of a pregnant North Dakota woman, Savanna LaFontaine-Greywind, led to a new federal policy that could be a glimmer of hope in helping find missing and murdered Indigenous women.

Greywind, a 22-year-old citizen of the Spirit Lake Nation, was murdered by her neighbor while 8 months pregnant. According to former North Dakota Senator Heidi Heitkamp, the crime would never have been solved without the investigative work of Greywind’s family, and the pressure they put on authorities to act.

“It's not the way to investigate missing Indigenous people ... when someone is murdered and there isn't the same kind of rapid response and vigorous investigation that you would see in other parts of our communities.”

Heitkamp first introduced the federal legislation known as Savanna’s Act in 2017. She calls it a “drop in the bucket” that attempts to address a “cycle of indifference” against Indigenous Peoples. The bill was signed into law this past October by President Donald Trump.

Savanna’s Act requires the Department of Justice to strengthen training, coordination, and data collection related to cases of murdered or missing Native Americans.

Under this bill the DOJ is authorized to provide grants to develop protocols and policies concerning missing and murdered Indigenous people for law enforcement.

One hope for this bill is to create regionally appropriate guidelines on how to respond to cases of missing and murdered Native Americans. Tribes will be able to submit their own guidelines to the DOJ about a way to respond to these types of cases.

“My hope for Savanna’s Act is that we are going to draw clear lines of responsibility and authority and that we are going to collaborate through memorandums of understanding among federal, state and local law enforcement officials so that there is no question that everybody has a role in doing these investigations.”

Last November, the DOJ made an initial investment of $1.5 million to hire Missing and Murder Indigenous People Coordinators to serve with U.S. Attorney’s Office in 11 states including Michigan.

As part of this initiative, the Department of Justice appointed Joel Postma as Michigan’s first missing and murdered Indigenous persons coordinator. He says he hopes to make it easier for Tribes to collaborate with state and federal agencies.

“We want to improve the capabilities and sort of set some guidelines that everyone can buy in and understand and utilize in the event that someone were to go missing.”