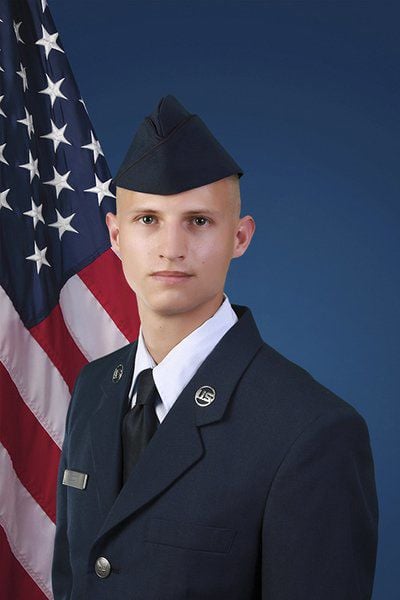 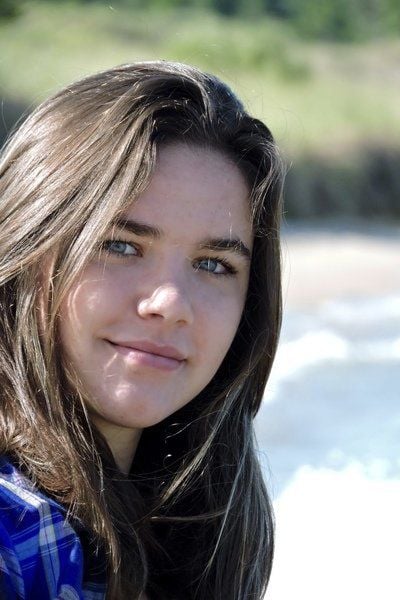 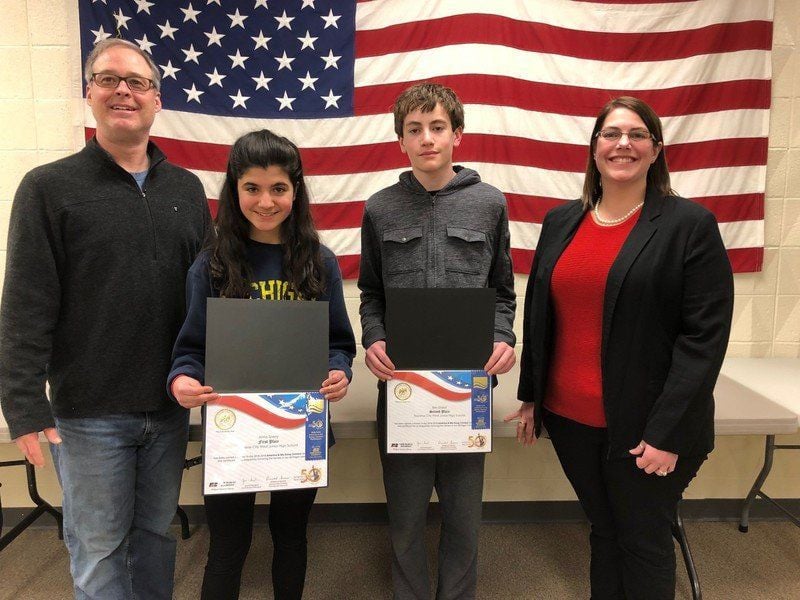 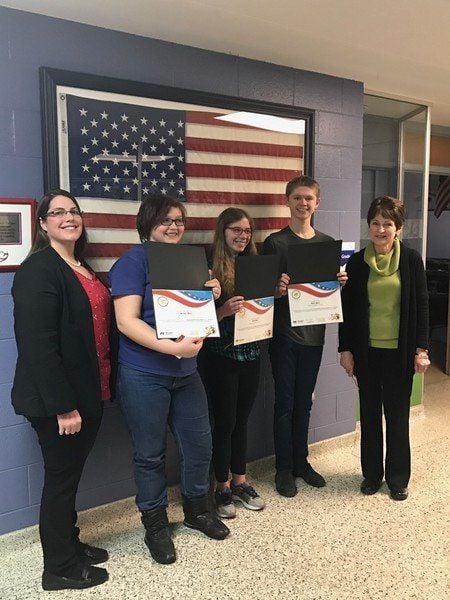 Students from Trinity Lutheran School earned awards in the America & Me Essay Contest.

Students from Trinity Lutheran School earned awards in the America & Me Essay Contest.

The following eighth-graders from Trinity Lutheran School were recognized in the 50th annual America & Me Essay Contest, sponsored by Farm Bureau Insurance:

Brandon Corbett, of Traverse City, was named to the Troy University chancellor’s list during the third term of the 2018-19 school year. The chancellor’s list recognizes full-time undergraduate students who earn a 4.0 GPA.

The Kiwanis Club of Traverse City named Kingsley High School senior Marie Pierson as Student of the Month for the week of March 19.

Pierson is secretary of Student Council, involved with Volunteer Club and a member of STAND Club. She participates in varsity basketball, cross country, track and Big Buck Night. She received honors including third place on foreign language day for reading a book in Spanish, honor roll for four years and sociology student of the month. Pierson maintains a 3.8 GPA and plans to study psychology and play basketball at Spring Arbor University. She hopes to work as a parole officer.

The following students graduated from Grand Valley State University at the end of the fall 2018 semester:

Rylee P. Scott recently graduated from basic military training at Joint Base San Antonio-Lackland in Texas. The U.S. Air Force Airman is the son of Dena Lamarch, of Traverse City, and graduated from Grand Traverse Academy in 2017.

NEWAYGO [mdash] Helen Marie Botschka, age 75, of Newaygo, got her wings on Tuesday, Feb. 25, 2020. She went to Heaven surrounded by her family. Helen was born May 30, 1944 in Traverse City, the daughter of Louis and Marie Baynton. She was employed at the East Traverse Catholic Federal Credit…

24, of Traverse City, died Feb. 24, 2020. A Celebration of Life will be announced at a later date. Private graveside services at Keswick Maple Grove Cemetery will be held in the spring. Memorials may be directed to www.epilepsymichigan.org Please share condolences at www.martinson.info. Arra…