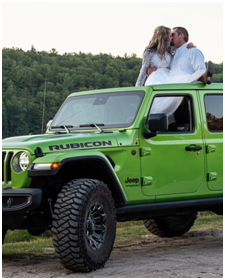 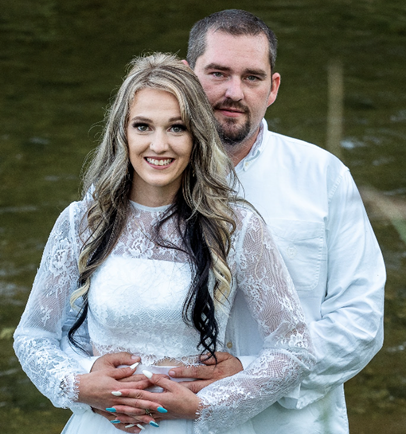 When Jacob Patrick Murphy met Teri-Lyne Sly Carlson at work, he immediately knew that he wanted to spend the rest of his life with her.

Surrounded by a small group of family and friends at the Brown Bridge Quiet Area in Traverse City on Aug. 14, 2020 at 7 p.m., they became husband and wife.

The bride wore a white, lace wedding dress as they exchanged vows with the majestic northern Michigan scenery behind them.

Ms. Carlson is the daughter of Lisa Marlene Habrecht and the late Terry Herman Sly; the granddaughter of Marjorie Taylor Batdorff Lipp and John “J” Lipp on her mother’s side; and Herman Terry Sly and Leah Verway, on her father’s side.

Mr. Murphy is the son of Mona Lee Henry Massey and Patrick Dennis Murphy; the grandson of Philip Charles Massey and Shirley Lorraine Weaver Massey, on his mother’s side; and James Robert Murphy and Elsie Charlotte Murphy, on his father’s side.

MANTON — Stephen Smith, of Manton, formerly of Thompsonville and Interlochen, passed away on Nov. 24, 2021 at the age of 45. Stephen was born on Oct. 25, 1976 to Robert and Barbara (Boehning) Smith. He grew up with his older sister, Michelle (Shelly) in Thompsonville surrounded by extended f…

SUN CITY — Barry Patrick Cunningham, passed away peacefully with family at his Sun City home, early Thursday morning on Jan. 6. He was 90 years old. Barry is a former resident of Portage, Indiana and a home on Big Platte Lake near Honor. He was born Nov. 28, 1931 to Alvin and Margaret (Lagre…