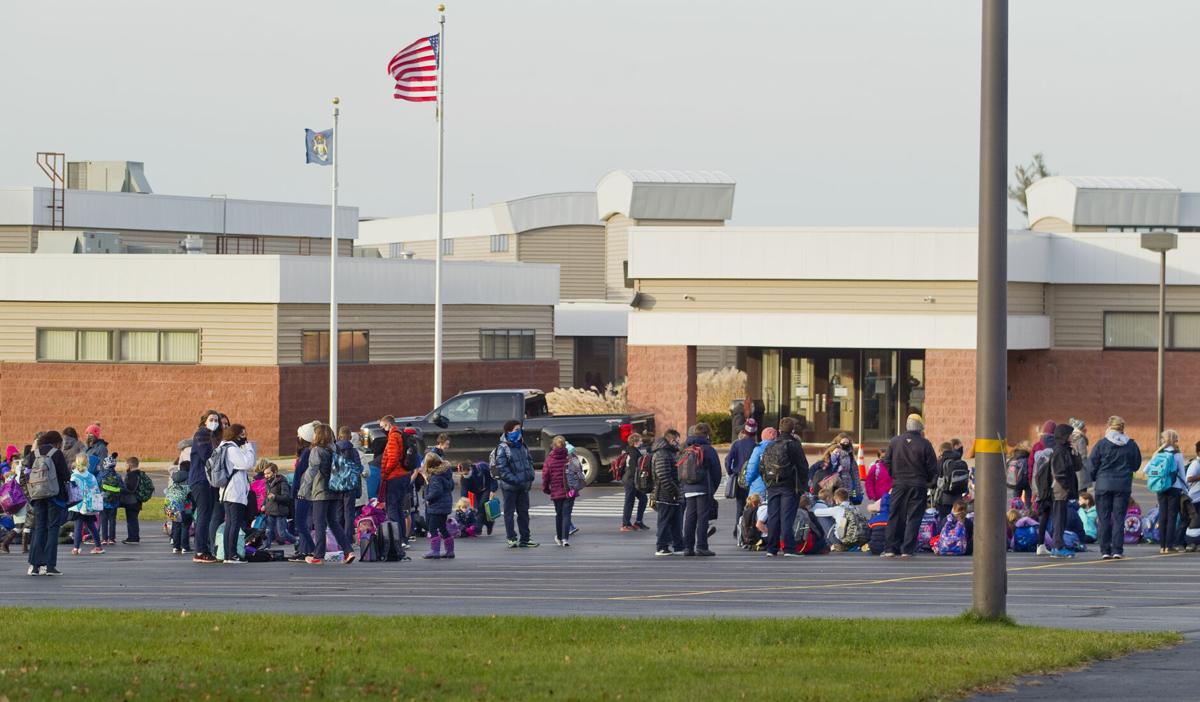 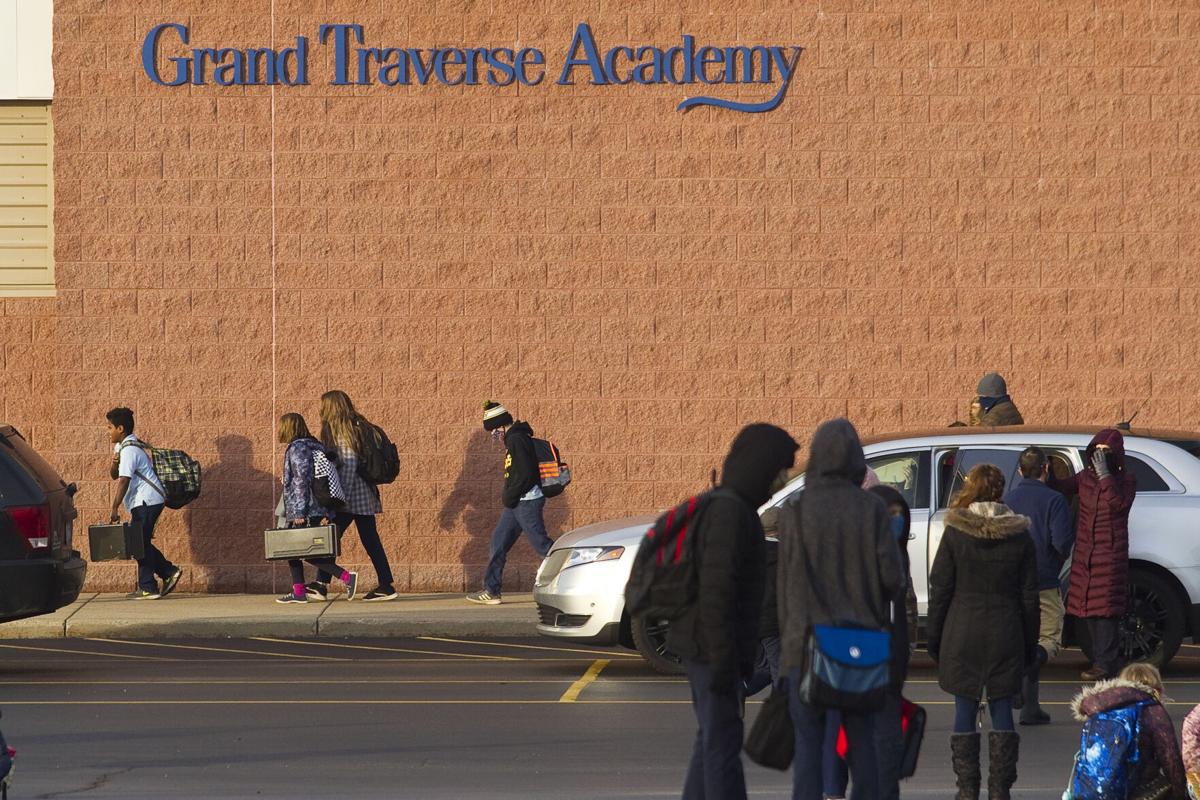 Wednesday was a normal day for most students at Grand Traverse Academy.

At least what is now normal during the COVID-19 pandemic.

As high schools across the state closed down and moved to remote learning per Gov. Gretchen Whitmer’s Sunday executive orders, kindergarten through eighth-grade schools had the option to remain open.

Some districts — like Traverse City Area Public Schools, Northport and Kingsley — moved all instruction to the virtual realm, but other area administrators decided to keep the doors open at their elementary and middle schools.

GTA Superintendent Jim Coneset is one of those administrators.

Coneset said there is no data to suggest GTA should shut down in-person instruction. GTA has yet to have a positive case in a staff member or student. The district’s only exposure was from an infected parent on campus for 15 minutes.

“I feel terrible for the other school districts having to close down. It’s not fun,” Coneset said. “None of us, as educators, want to go remote. We want our kids in our buildings.”

GTA, unlike other districts in the area, is not experiencing issues with staff shortages.

“We’re not stressed to that point,” Coneset said, adding he would have kept the high school open if allowed.

Victoria Hughes is a parent of two at GTA, a 13-year-old daughter in eighth grade and a 17-year-old son in 12th.

Although Hughes said her high school son will “enjoy the extra half hour of sleep,” she sees the value of in-person instruction as much greater than remote learning.

“You have to be face-to-face to truly teach kids and love kids and know what’s really going on,” she said. “Keeping those elementary, middle school kids in school, learning from staff, building relationships during a really difficult time is what is needed.”

Hughes said there are also economic benefits. She knows her son will operate just fine independently at home and expects her daughter could as well, but she would not be able to go to work if she had younger children.

Both Hughes and Coneset said keeping elementary-aged kids in school to provide a form of childcare during the work day will keep businesses going.

“It is much more difficult to put elementary students in a virtual environment than it is for a high school student,” Coneset said.

Mike Buell, superintendent for Grand Traverse Area Catholic Schools, said the shutdown in March proved to parents and teachers alike how vital face-to-face education is. That is why Buell was happy to have a district that was still in a position to deliver in-person instruction to its K-8 students.

GTACS has had positive cases and some staff members out due to quarantine, but he said it has not gotten to the point where it has “disabled” the district.

“Educating kids face to face is not replaceable. This has been affirmation of that,” Buell said. “Virtually will only get you so far, but it’s not the same.”

Buckley Community Schools is another fortunate district to escape any positive COVID-19 cases and to keep K-8 open.

Superintendent Jessica Harrand understands the governor’s order to shift high schools to virtual learning. She said the exposure risk if higher for ninth- through 12th-grade students because they are not confined to one class and are “constantly remixing” throughout the school day.

Buckley is safe from a teacher shortage so far, but Harrand knows that is one or two positive cases away from going out the window.

“One high school case has the potential to take down six teachers, but one elementary case — that would just take down one teacher,” she said.

Some districts that have not had a confirmed case — like GTA and Buckley — are taking a different route.

The Greenspire School — a K-8 district — has been COVID-free since the beginning of the school year and switched to a hybrid model of in-person and virtual learning after the fourth week. The board of education, however, unanimously approved going full remote beginning Thursday.

Head of School Robert Walker said the increasing numbers in the community, staffing concerns and reports from staff and families who have come in direct contact with someone who was either positive, a probable positive or possibly positive forced the move.

“It was starting to get too close,” Walker said. “How long do you risk it?”

Between 50-55 students were on campus during the hybrid model days with the 80 students learning from home. That allowed teachers to create a remote learning structure that they, the students and the families had already used.

The transition to remote learning compared to March won’t be “such a jump into the deep end” as it is going to be for other districts, Walker said.

“This is not a one-size-fits-all thing,” he said. “It’s so case-by-case within different districts, different schools and even different classrooms.”

Walker said he and board trustees will reassess how to proceed when the required virtual learning for high schools is set to expire Dec. 8.

“Everyone understood this was coming,” Walker said. “We hope to get back as soon as possible.”