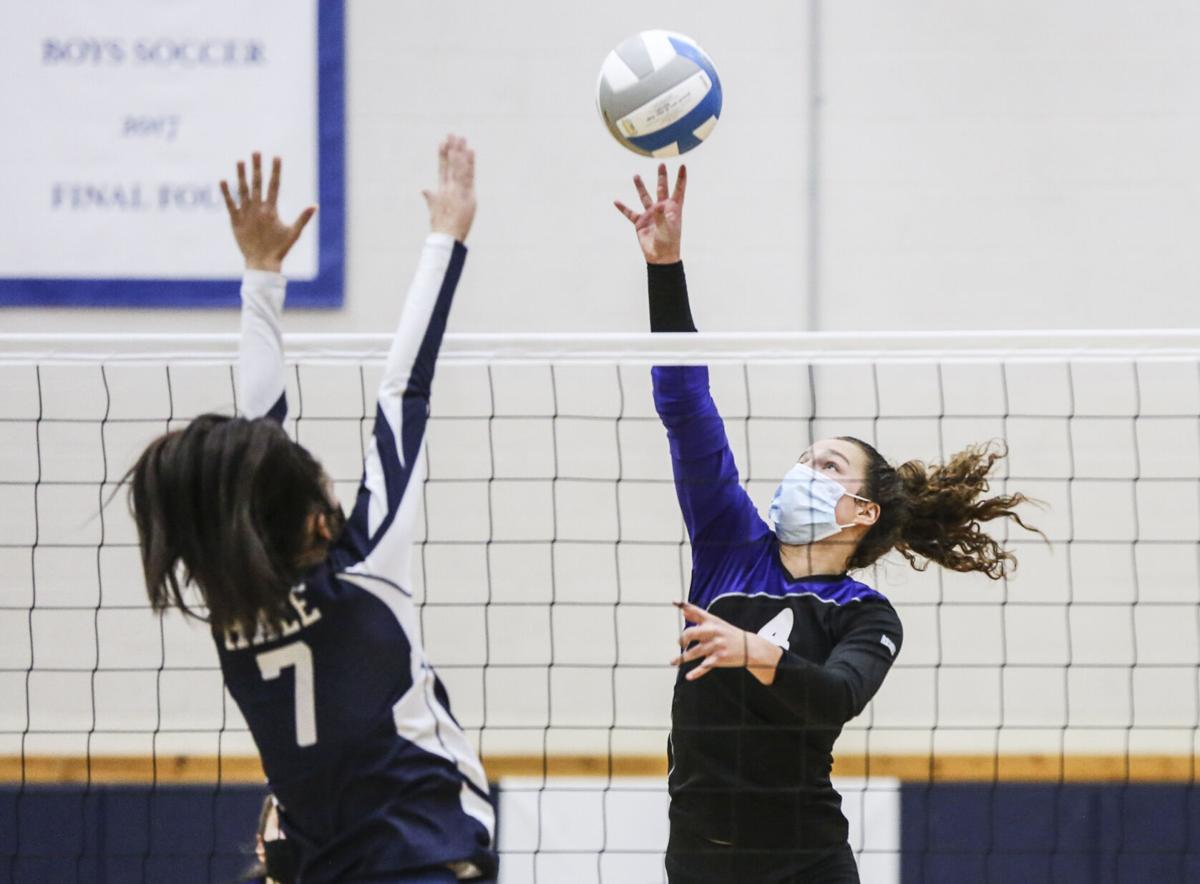 Leland’s Tatum Kareck in action over Hale’s Abigail Parkinson at Buckley on Tuesday. 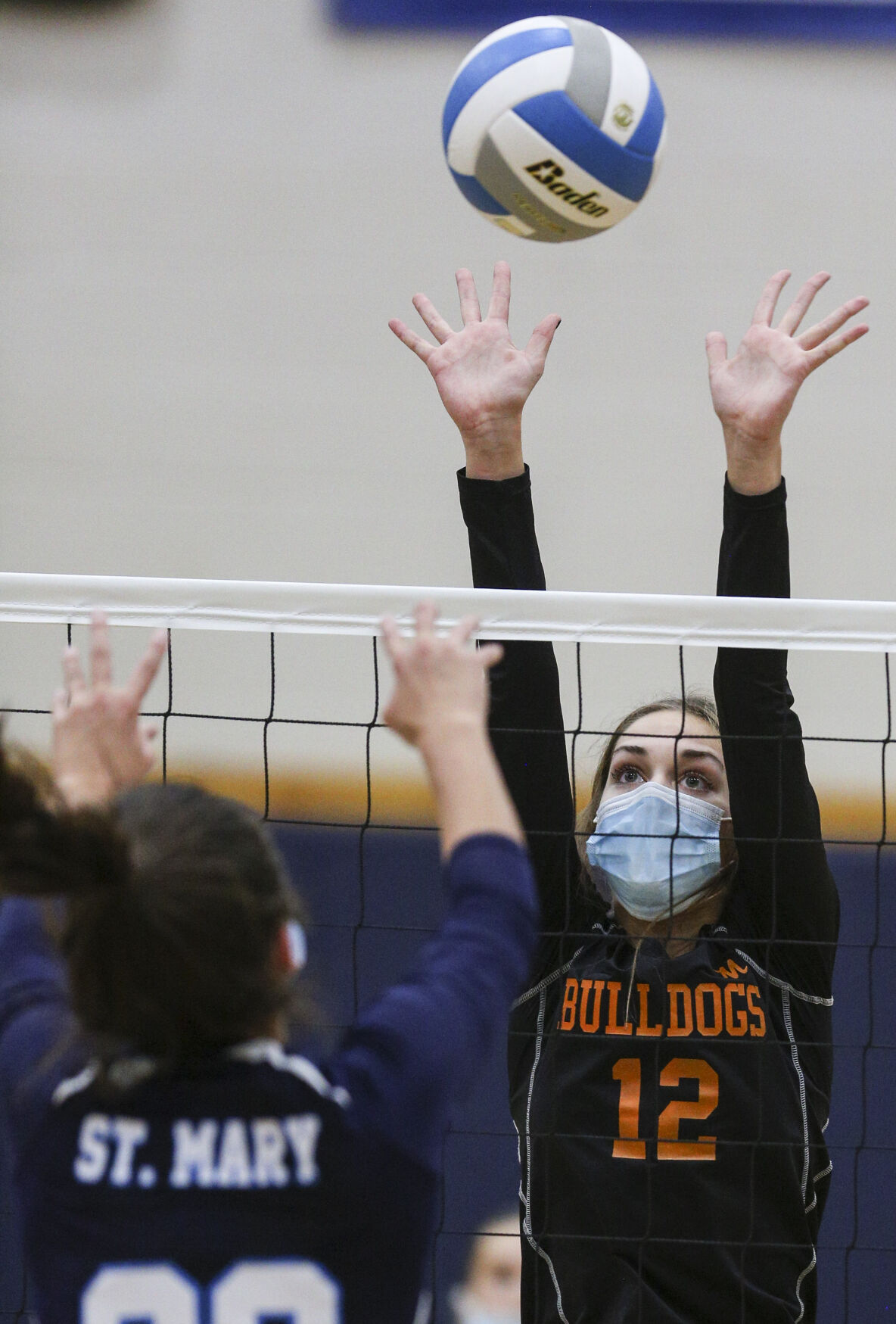 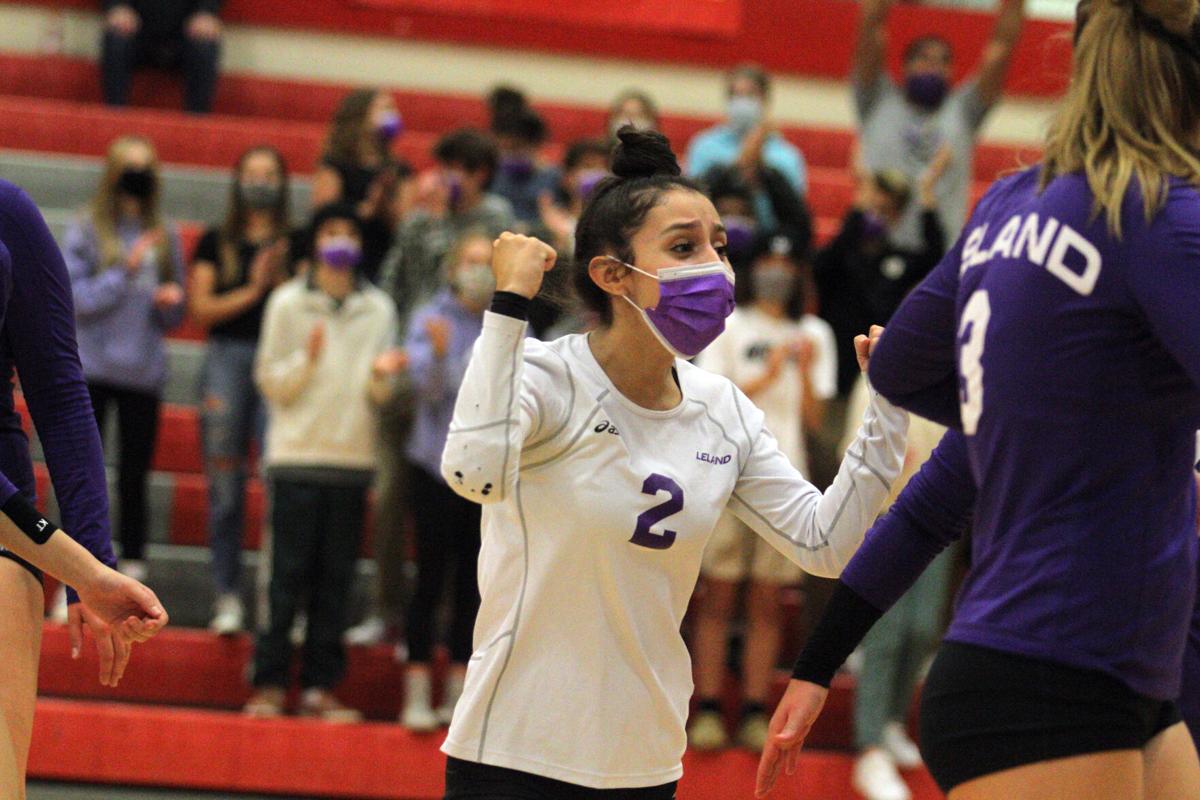 Leland’s Tatum Kareck in action over Hale’s Abigail Parkinson at Buckley on Tuesday.

LELAND — The third-ranked team in Division 4 dropped out of the volleyball playoffs Wednesday because of a positive COVID-19 case at Leland Public School.

“It’s been a devastating day around here,” Long said. “We’re just heartbroken for our kids and coaches.”

The Comets (23-12), ranked No. 3 in Division 4 and coming off a district win over No. 2 Traverse City Christian, were scheduled to play Mesick in the regional finals Thursday at Buckley.

🚨BREAKING🚨: #3-ranked @LelandSports volleyball opts out of the rest of the @MHSAA D4 postseason. Look for a story in tomorrow's @RecordEagle and online later today. #TCRE

Instead, the Bulldogs win the program’s first regional championship by forfeit, the only such result thus far in the Michigan High School Athletic Association’s 32 regional finals across four divisions.

Multiple football games in this weekend’s district finals already have forfeits, with South Lyon, Portland and Pewamo-Westphalia opting out.

Leland’s volleyball team wore masks in practices and all team activities even before it was required by executive order and the MHSAA for competition. Head coach Laurie Glass said earlier this season the team came to her and chose to do so voluntarily.

“I’m really struggling with this considering how careful and proactive we were,” Glass said Wednesday. “I’m not sure I can respond with anything but tears right now.”

After winning districts last Saturday at Suttons Bay, the Comets posed with posters of two players who weren’t with the team because of earlier quarantines. Leland played its Nov. 5 game against TC Christian without three players.

Leland Public School already scheduled half days for Wednesday through Friday for parent-teacher conferences, but Long said the school will go entirely to virtual learning the remainder of the week.

“Having to withdraw from postseason play when they had advanced so far and done so well is devastating,” Long said.

Mesick head coach Stacy Quiggin said this isn’t the way her team wanted to win its first regional championship. The Bulldogs move on to play the winner of Thursday’s match between Onekama and No. 11 Fowler next Tuesday in Manton.

“Definitely not,” Quiggin said. “I feel really bad for them. It’s really unfortunate. It’s the season we are in. It’s not about who is the best team, but who stays the healthiest.”

Mesick (22-2) stayed local for its schedule this season, with the team’s farthest trip south a West Michigan D League contest against Big Rapids Crossroads. The Bulldogs ran the table in WMD play.

Thursday would have been the first regional final appearance in Mesick volleyball history, and Quiggin said this year’s Bulldog team “is the best we’ve had in a long time, if not ever.”

The Get Around Podcast Episode No. 56 — Allie Martin & Ella Siddall, Leland

The Get Around Podcast Episode No. 53 — Cobe Lund, Leland

Volleyball roundup: Mesick and Leland to battle for region

BUCKLEY — The Mesick Bulldogs flipped the script on Gaylord St. Mary this week.