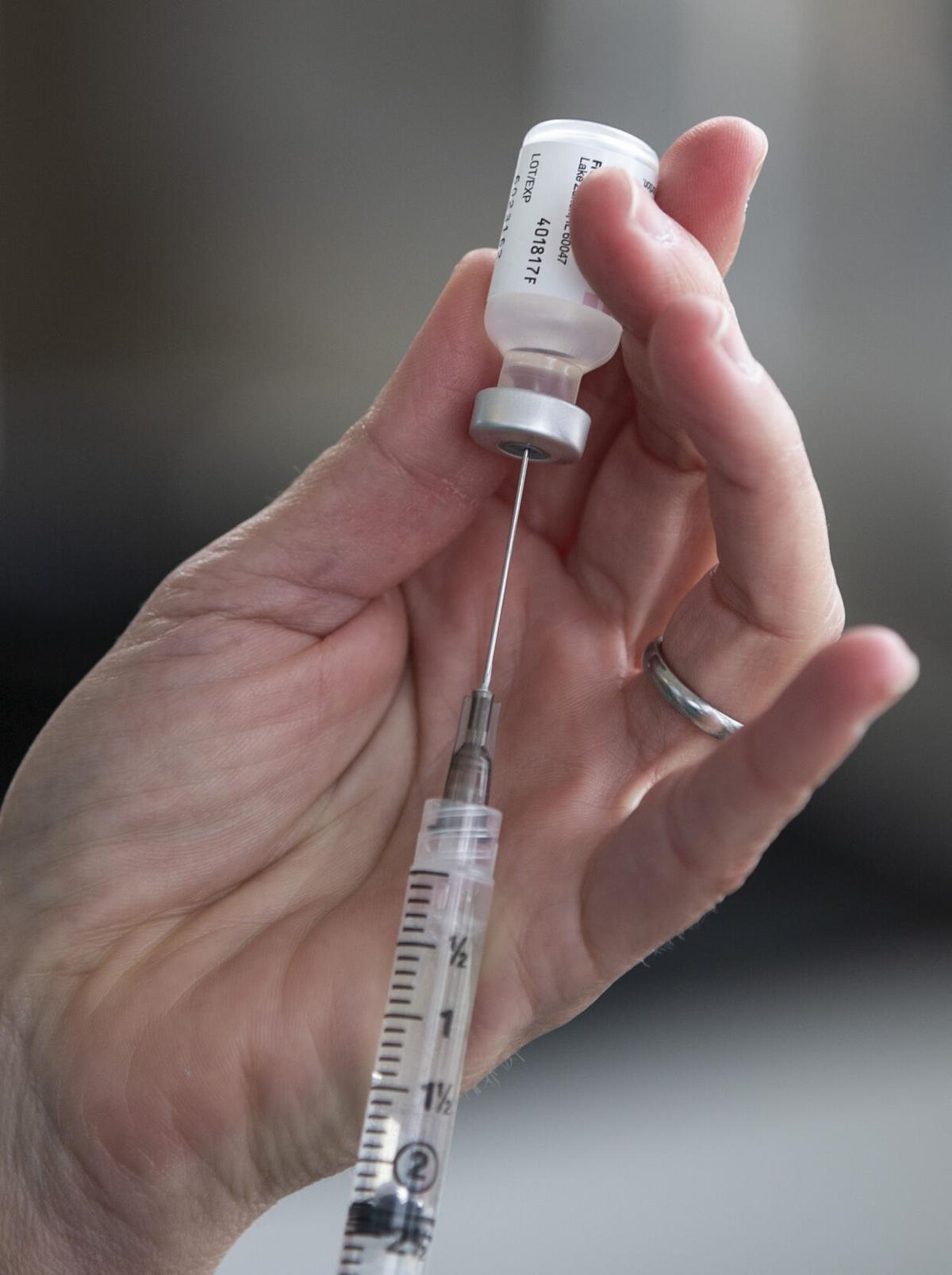 Cara Eule prepares a vaccine dose at the Hagerty Center in Traverse City in January. 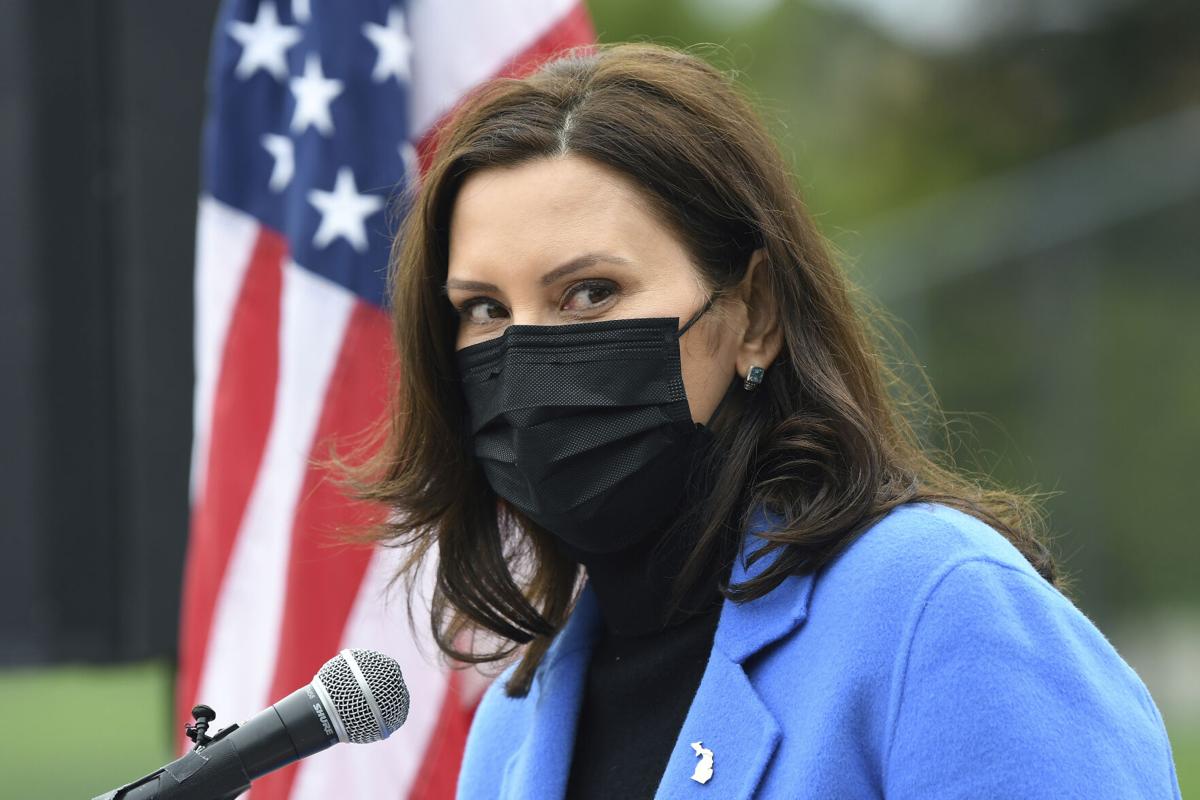 Michigan Gov. Gretchen Whitmer speaks in Ypsilanti on April 12 in this file photo.

Cara Eule prepares a vaccine dose at the Hagerty Center in Traverse City in January.

Michigan Gov. Gretchen Whitmer speaks in Ypsilanti on April 12 in this file photo.

TRAVERSE CITY — Inoculation rates in Lower Michigan’s northwest corner continue to tick upward, tracking faster than practically everywhere else in the state in the fight against the ongoing pandemic.

Five of Michigan’s top six counties for completed COVID-19 vaccinations are within a 17-county region including: Leelanau, Presque Isle, Emmet, Charlevoix and Grand Traverse, in that order. Only Ontonagon County in the western Upper Peninsula had a higher completed vaccination rate than Grand Traverse County, but not greater than the other four, as of statistics from April 27.

Leelanau County leads the pack statewide in rates of both first and second doses of the vaccine. Nearly 53 percent of the county’s residents are fully vaccinated and more than 67 percent have had at least one shot, state statistics show.

“We are leading the state with the highest rate of vaccination coverage among all the counties in the state,” said Lisa Peacock, health officer for the Benzie-Leelanau District Health Department and the Health Department of Northwest Michigan.

Benzie County can also be included among those with a greater-than-most percentage vaccinated. It’s in the state’s top five counties for a first shot, statistics show.

Eagerness of local residents to become vaccinated is a big part of the equation, Peacock said.

“We can put everything in place and we can have the vaccine ready to go, but if people aren’t willing to have it administered to them, then we aren’t going to reach that goal,” she said. “So the willingness and the enthusiasm of our community members is a huge part of it.”

Statewide, statistics show vaccination rates are far lower, but growing: almost 36 percent of Michiganders are fully vaccinated and nearly 49 percent have had a first dose.

Gov. Gretchen Whitmer on Thursday said she intends to tie the lifting of coronavirus restrictions to Michigan’s vaccination rate, setting specific benchmarks that must be reached to return to normal.

As more people get shots, she said, the state will allow office work, relax and ultimately end indoor capacity limits, and lift a health order designed to curb COVID-19.

Michigan has become a national hotspot for infections and hospitalizations at a time when more than half the U.S. adult population has been vaccinated and other states have seen the virus diminish substantially. Key numbers, however, are improving in the state.

Under the “MI Vacc to Normal” plan, rules will be eased two weeks after each of four milestones. When 55 percent of the 16-plus population has one shot, in-person work will be permitted in all business sectors — potentially by late May.

At a 60 percent vaccination rate, capacity at sports stadiums, banquet halls, conference centers and funeral homes will rise to 25 percent — and 50 percent at gyms. Restaurants and bars will no longer have an 11 p.m. curfew.

Michigan will lift all indoor capacity limits when 65 percent of eligible people have one dose, requiring only social distancing between parties.

At 70 percent, the state health department will lift its mask and gatherings order and stop imposing broad mitigation measures unless unanticipated circumstances arise, such as vaccine-resistant variants. The agency could delay eased restrictions in regions with a seven-day case rate of more than 250 per million residents.

Whitmer called it a “realistic goal” and a “creative way of challenging us to rise this moment and to meet it.”

“If we work together, we can get this done,” she said, declining to say what would happen to restrictions if the targets are not reached. “It is very real. We have to have a set of clear goals to accompany every step of this process.”

As early as Friday, the state will relax rules for outdoor gatherings and incorporate new guidance from the Centers for Disease Control and Prevention. The CDC says fully vaccinated Americans do not need to cover their faces anymore unless they are in a big crowd of strangers.

“Vaccines are the path forward to do what you want to do,” said Dr. Joneigh Khaldun, the state’s chief medical executive.

79, of Traverse City passed away May 3, 2021 at the Munson Hospice House with his wife by his side. A private celebration of his life will be held at a later date. The family is being cared by Reynolds Jonkhoff Funeral Home and Cremation Services.