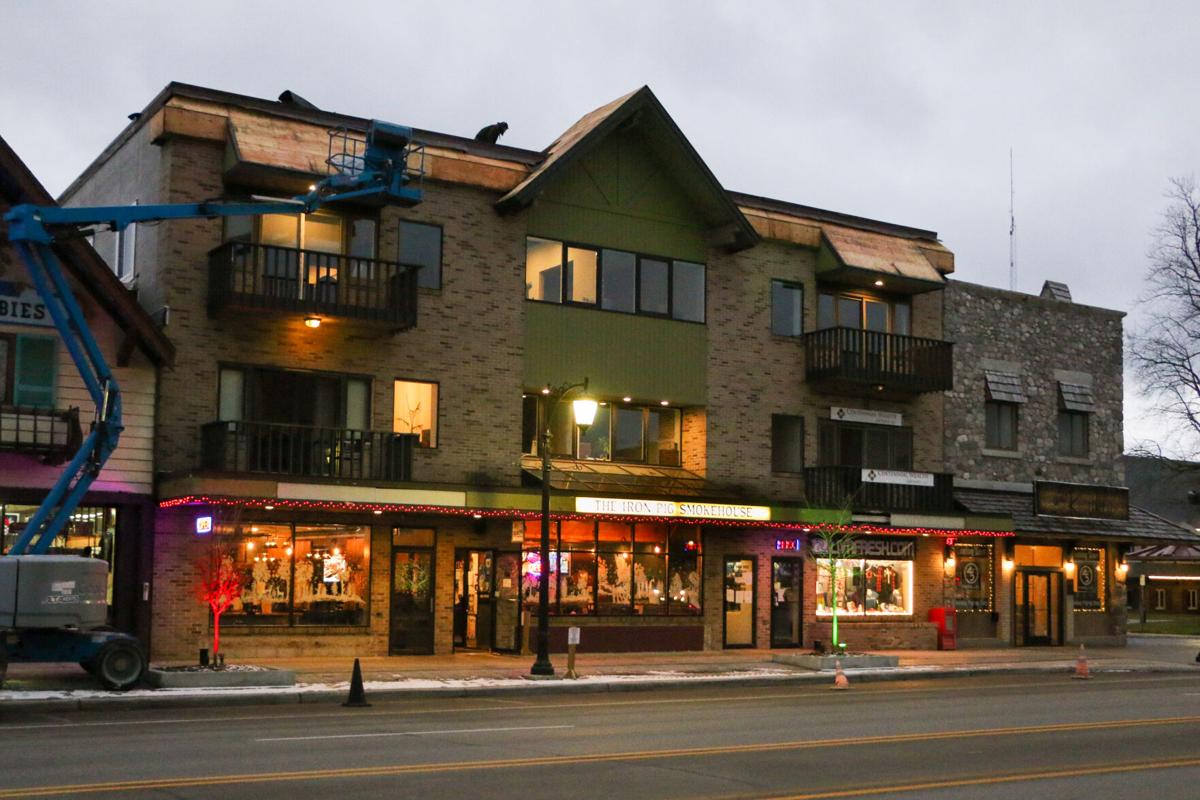 An “open” sign remains lit near the door of The Iron Pig Smokehouse in Gaylord on Friday. 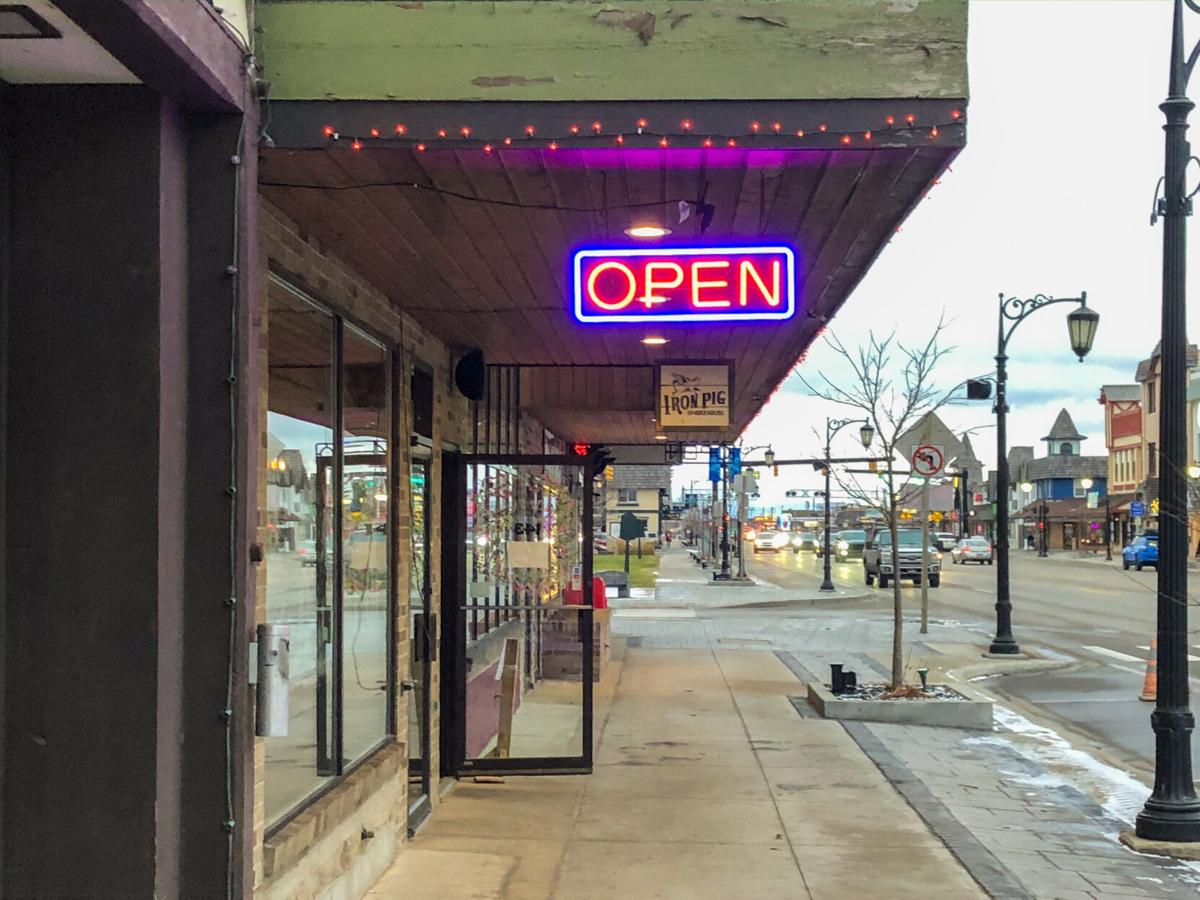 An “open” sign remains lit near the door of The Iron Pig Smokehouse in Gaylord on Friday.

GAYLORD — The Iron Pig Smokehouse is due back in court this week.

Michigan regulators have suspended the food establishment license held by Moore Murphy Hospitality, LLC, which does businesses as The Iron Pig Smokehouse.

Ian Murphy, the sole owner of the LLC, is set to appear in a hearing in Lansing at 9 a.m. Tuesday via Zoom. The order was written Dec. 29 and was effective immediately.

According to the order, pursuant to the laws governing Michigan restaurants, if the Director of Michigan Department of Agriculture and Rural Development determines that “an imminent threat to the public health, safety, or welfare” exists, they have the authority to suspend a businesses food establishment license.

“The Iron Pig is currently operating without a valid food license,” Jennifer Holton, Public Information Officer for MDARD said in a statement. “The Iron Pig continues to operate illegally, which is why there is an administrative law hearing on Jan. 12. Enforcement actions are a multi-step process that includes the court system. MDARD is the regulatory authority regarding food licenses and the department is working through the statutory enforcement steps outlined in the law.”

Holton said a food establishment license is required in almost all instances where food is commercially handled or served to the general public.

Gary McDowell, MDARD Director, wrote in the order that The Iron Pig had been issued cease and desist orders from both MDARD and the Health Department of Northwest Michigan.

In separate proceedings, two other state agencies intervened since the business advertised it was staying open to indoor service in spite of an Emergency Order from the Michigan Department of Health and Human Services.

The Michigan Liquor Control Commission suspended The Iron Pig’s liquor license for 90 days with a $600 fine. The Iron Pig requested reconsideration of the administrative law judge’s order, Facebook posts from the restaurant said, however the judge wrote in the order he would only reconsider his order if the business decided to move to takeout only by Dec. 28 (14 days from being issued Dec. 14).

MDHHS announced separately in a state press release it had fined the restaurant $5,000 with additional fines up to $1,000 for each violation or day a violation occurs. The MLCC’s $600 fine is due Jan. 28, and if it is not paid by then, the MLCC can add 30 days onto the 90 day suspension it already issued.

The MLCC has suspended the liquor license held by at least 31 other businesses in the state as of Monday morning. That includes The Kal-Ho Lounge in Kalkaska — whose attorney negotiated with the MLCC a seven day license suspension (which ended Dec. 26) and $600 fine.

In the seven years prior to the pandemic, MLCC officials said the agency has only had to suspend a liquor license 15 times for various reasons.

The Iron Pig stated in a Facebook post Jan. 8 that it had received no contact tracing calls from the health department and was “still open” and “not going anywhere.”

“What’s next?” the restaurant wrote. “EPA says smoking cherrywood is harmful to the atmosphere?”

Facebook posts also say The Iron Pig advertised and hosted a rally attended by hundreds Saturday at a pavilion outside Belle Iron Grille in Gaylord with live music and a speech from State Rep. Ken Borton, R-Gaylord, of Michigan’s 105th district.

Promotional posts said masks and social distancing at the rally were not required, though attendance was limited.

Holton said MDARD was aware of the rally, but deferred a question on how it may impact the food license suspension to what the judge determines from the Tuesday hearing. MDARD and the Michigan Office for Administrative Hearings and Rules, the agency conducting the hearing, are not the same.

Lisa Peacock, Health Officer for the Health Department of Northwest Michigan, said during a press conference last week that the health department also was aware of the rally and every step of enforcement that could be taken has.

“As a health department, we can’t do everything, there is a big part of this that the public plays a role in,” Peacock said. “I just urge everyone to understand that by operating outside of what is allowed by law, this business is putting people at risk, and we just are very discouraged by that.”

Four other restaurants in Michigan, along with The Iron Pig, had food licenses suspended by MDARD in December. They are: Café Rosetta in Calumet; Bullseye Marketplace in Three Rivers; Spanglers Family Restaurant in Jonesville; All Star Coney Island in Howell.

Confirmed cases of COVID-19 in the northwest Lower Peninsula have risen by a little more than 800 since last Tuesday. There were 19 new deaths across the region’s 17 counties.

According to data from The University of Michigan School of Public Health, the Traverse City region’s percent positivity seven-day average rose since the last week of December, up from 6.6 percent to 10.9 percent.

The Dec. 29 order from the Michigan Department of Agriculture and Rural Development suspending The Iron Pig's food establishment license.

85, of Grawn, passed away on Sunday, Jan. 17, 2021. A full obituary will appear in tomorrow's edition of the Record Eagle. A celebration of life will be held in the spring. Arrangements are taken care of by Kalkaska Funeral Home.