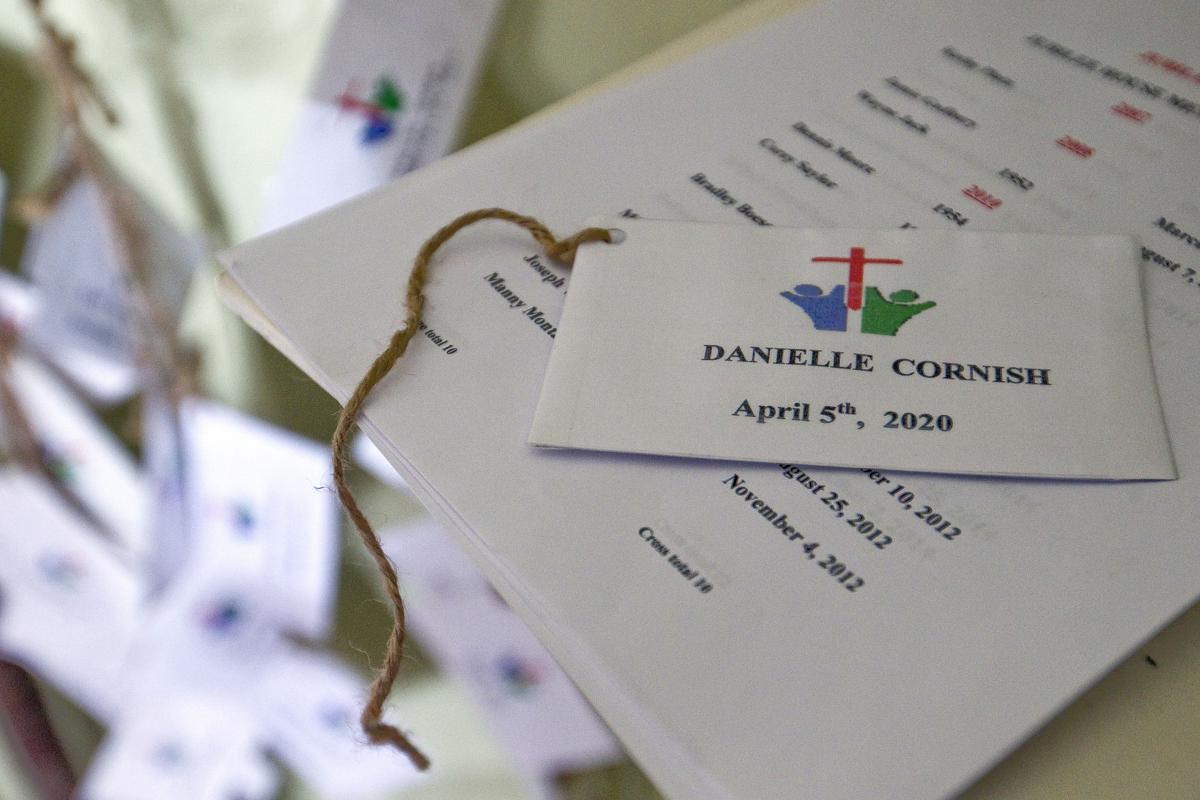 Danielle Cornish died in Traverse City on April 5. A tag with her name will be added when people can gather for a memorial service. 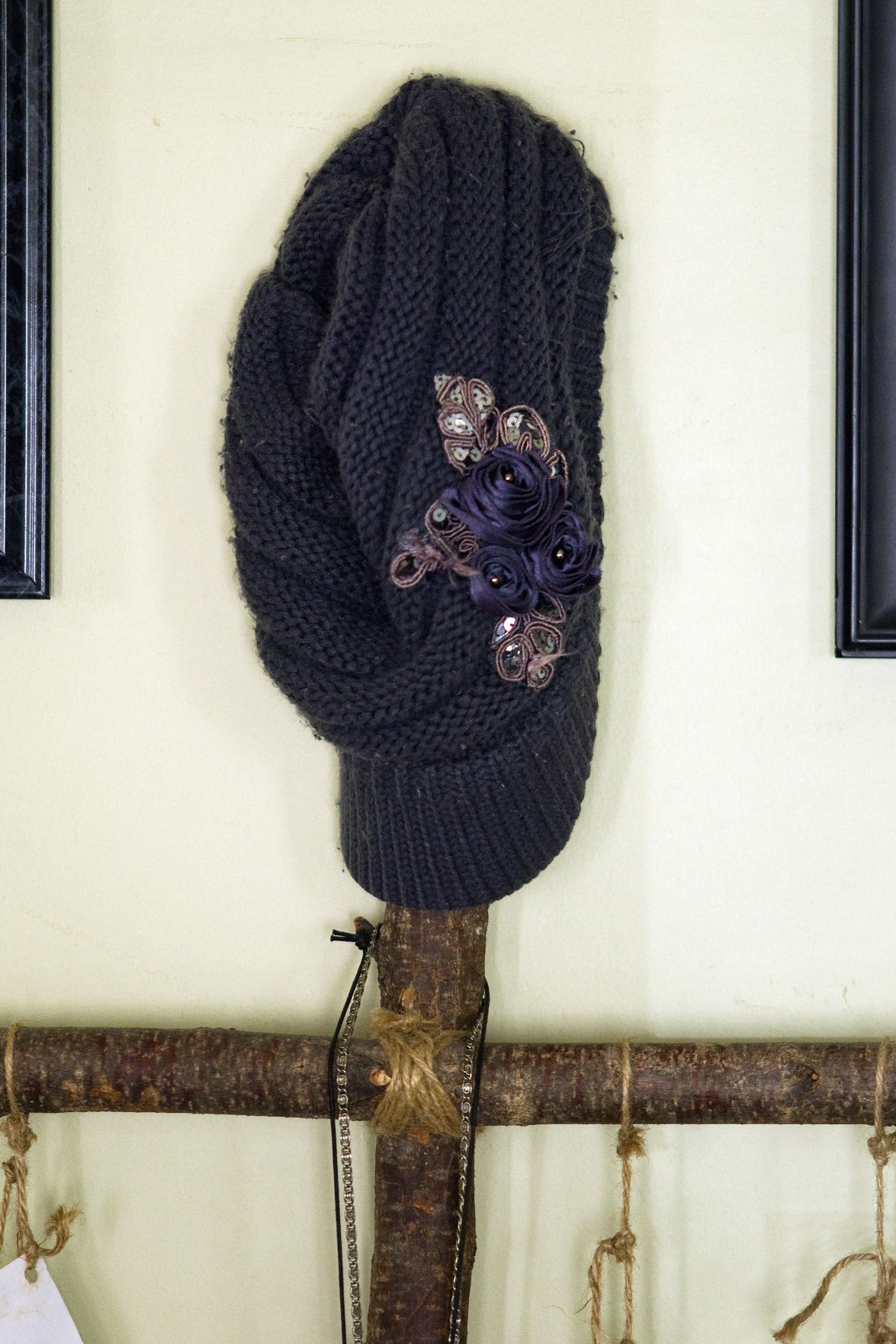 Danielle Cornish's hat rests upon a memorial to members of the Jubilee House family that have passed away. Cornish died in Traverse City on April 5. A tag with her name will be added when people can gather for a memorial service. 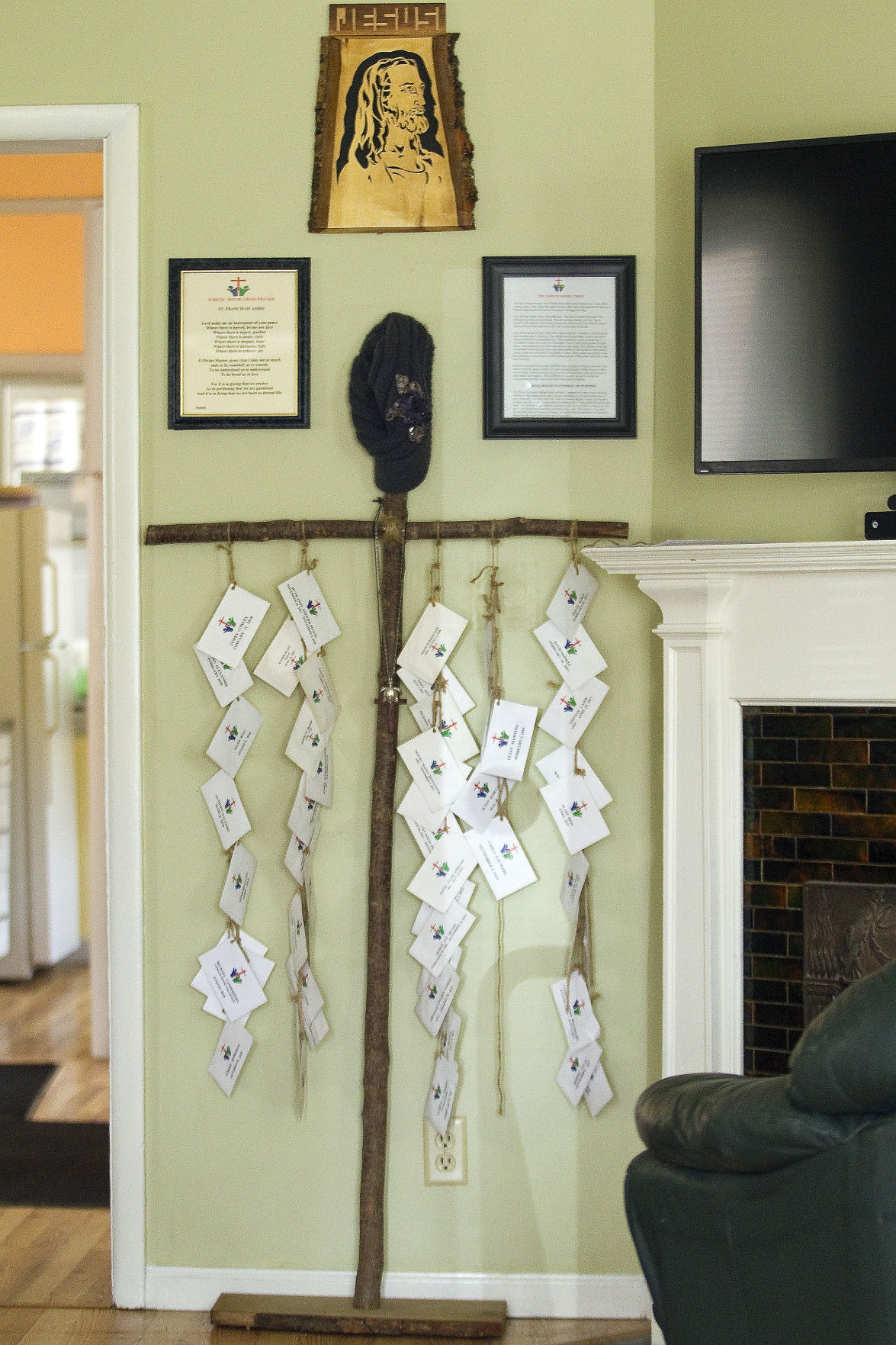 Danielle Cornish’s hat rests upon a memorial to members of the Jubilee House family that have passed away. Cornish died in Traverse City on April 5. A tag with her name will be added when people can gather for a memorial service. 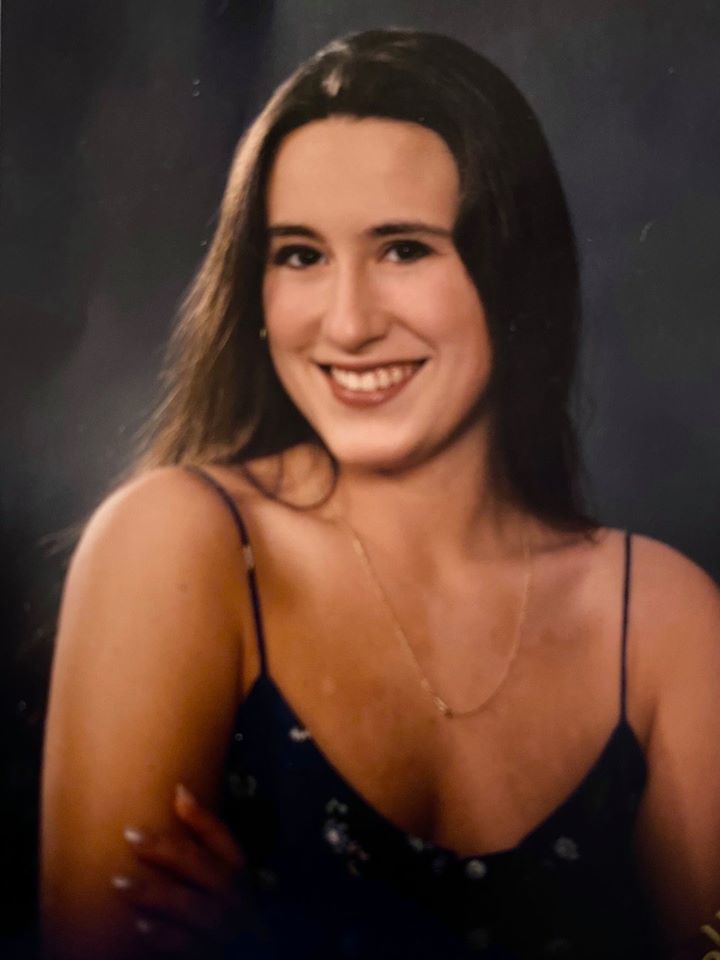 Danielle Cornish died in Traverse City on April 5. A tag with her name will be added when people can gather for a memorial service.

Danielle Cornish's hat rests upon a memorial to members of the Jubilee House family that have passed away. Cornish died in Traverse City on April 5. A tag with her name will be added when people can gather for a memorial service.

Danielle Cornish’s hat rests upon a memorial to members of the Jubilee House family that have passed away. Cornish died in Traverse City on April 5. A tag with her name will be added when people can gather for a memorial service.

TRAVERSE CITY — A cross at Jubilee House is the only known memorial for a local tight-knit community, members of which said they feel forgotten.

The cross bears the names of homeless people who lived — and died — in the area and it will soon have another: Danielle Marie Cornish.

Friends and family say Cornish was a regular guest at Safe Harbor.

The seasonal emergency shelter closed April 1 due to the threat of the coronavirus. Cornish, 41, died of exposure four days later.

But before she was found unresponsive and wrapped in a blanket near an encampment in the woods at the edge of town, she had a life.

“Fun loving and happy-go-lucky, that’s how I’d describe sis,” said her brother James Priest, of Benzie County, and older than Cornish by 10 years.

He said decades before Cornish died of exposure inside an ambulance bound for Munson Medical Center on a Sunday morning, she’d graduated high school.

She’d earned a diploma from Benzie Central, where she’d been a cheerleader and a pom-pon girl.

Somewhere there are other documents, too. The ones banning her from local casinos after she was caught counting cards.

“Boy, was she quick,” Priest said. “And smart? Oh, man. She made the rest of us look like mental midgets.”

Long before she drank a half gallon of vodka and left one of the tents Safe Harbor volunteers distributed to some 50 of their regular guests, Cornish had a horse named Trigger.

A dun-colored part Arabian gelding she loved to ride — and by ride, her brother said, he means ride fast. Somewhere there are pictures.

The photos might be with the little white-framed classroom pictures of Cornish from elementary school.

The ones taken at Pathfinder, an academically rigorous private school off South West Bayshore Drive, where Cornish attended all the way through sixth grade.

From more recent times, there are mug shots.

“I remember her,” said Anna Dituri, the northern Michigan liaison for the American Civil Liberties Union.

In 2018, Dituri worked as a court reporter for 86th District Court. Cornish was arrested on a drunk and disorderly charge in July of that year, waived her right to an attorney, represented herself and was sentenced to 60 days in jail.

She almost always represented herself, court documents show, even when the Michigan Indigent Defense Counsel offered to provide a court appointed attorney.

“She was a good person, and I’m getting emotional just thinking about what the court system does to people with addiction,” Dituri said.

“I remember the judge saying, ‘We’ve seen you before and nothing is changing,’ and then her saying something like, ‘It’s a disease I can’t kick.’”

Priest said that’s an honest-to-God fact. His sister could not leave the bottle alone, not even for a day, not even for her mother’s funeral.

Marilyn Payne died of pancreatic cancer in 2018; Cornish’s father, Dr. Anthony Cornish, died of dementia in 2014; her friend, Kaylee Bruce, was murdered in 1998.

Priest, a veteran of Afghanistan and Iraq, said these deaths took a toll on his sister, each one sending her deeper into the dark days of alcoholism.

Before Safe Harbor closed and Cornish took her tent and pitched it along the Men’s Walk trail at the Commons, she was a hard worker, her brother said.

When she was sober she waitressed, at this place and that place, and then at Arcadia Bluffs and Crystal Downs, serving drinks, steaks and salads to golfers who could afford to pay $200 for 18 holes.

When she was drinking, Priest said, she was a handful.

“Danielle grew up with three brothers so she knew how to scrap,” Priest said. “The last time I saw her, which wasn’t that long ago, she had a bruise in the middle of her forehead. She said she’d had a little disagreement with another homeless person.”

In 2018 and 2019, Cornish was charged with nine misdemeanors, all involving alcohol, court records show.

Grand Traverse County Prosecutor Noelle Moeggenberg said, “Oh I do,” when asked if she remembered Cornish.

Whether or not to prosecute someone with repeated offenses and who likely needs mental health and substance abuse treatment, is one of the most difficult decisions prosecutors make, Moeggenberg said.

“All too often we see individuals that are not open to treatment and who abuse substances in an attempt to ease their symptoms,” Moeggenberg said.

“Some individuals are frequently involved in the criminal justice system due to their mental illness,” she added. “Although not ideal, it is sometimes the only way to link them to services they need in the community, and to try to supervise their engagement for a period of time.”

Gillis was promoted to his current rank in February 2017, and soon afterward began serving as the department’s representative on Safe Harbor’s steering committee.

Because Cornish was a regular guest at the shelter, Gillis knew her.

“We have a relationship with all of the homeless,” Gillis said. “As a matter of fact, we probably know them better than anybody. Our philosophy is, they are very vulnerable people and we have to protect them. So this one? Yeah, it’s hard.”

On the issue of how to care for those the rest of society seems to have forgotten, he said police feel caught in the middle.

George Golubovskis is among Traverse City’s homeless and when Safe Harbor closed he found shelter with a friend. He knew of Cornish, though did not know her well, he said.

The “shoulder seasons” of fall and spring that can be a hardship for businesses that depend on tourism, are deadly for the area’s homeless, he said.

“Those names on the cross? A lot of them are from the month or so before Safe Harbor opens in November and a month or so after it closes in April,” he said. “This is a year-round problem and we need a year-round solution.”

Outdoor conditions the morning Cornish died were included in the police report.

The temperature the night before sunk to 27 degrees.

Before Danielle Cornish, 41, was pronounced dead by Grand Traverse County’s on-call medical examiner and a autopsy was performed by Western Michigan University’s Pathology Department, she had a favorite hat she wore all the time.

Before that hat was placed on top of the cross at Jubilee House, she had a life.

lifelong resident of Traverse City, 75, passed away Jan. 23, 2022. His parents were Harry and Hilda (Sieffert) Lyon, he leaves behind his wife, Linda (Button); sons, Brett, Timothy and Jonathan; their spouses; and seven grandchildren. Denny was an avid outdoorsman, Boy Scouter and always fou…

TRAVERSE CITY — Bernadette "Bernie" McGee Traverse City- Bernadette Lucy "Bernie" "Toots" McGee, 88, of Traverse City was received into the arms of God on Monday, Jan. 24, 2022. Mom made a positive impact on the lives of many. Please help us celebrate mom's exemplary life by joining us for a…