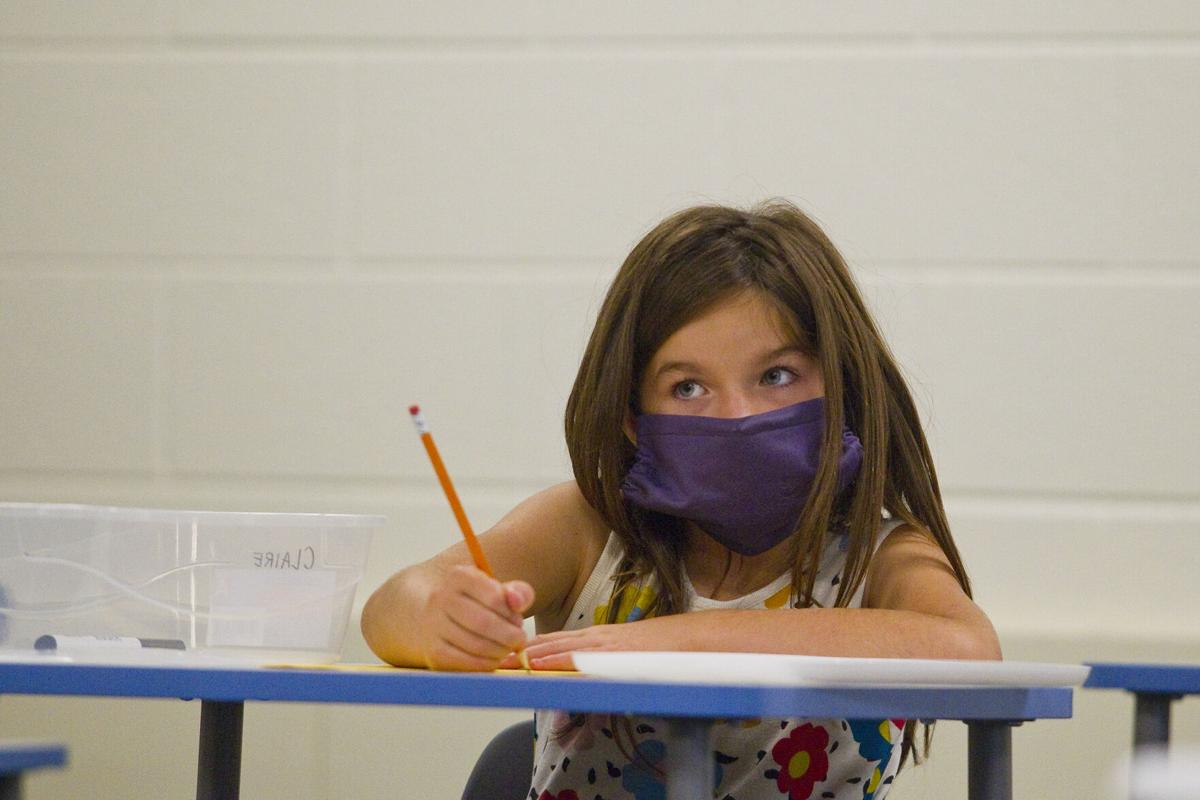 Claire Fehrenbach works on her portion of a mural project in class at Suttons Bay Elementary School. 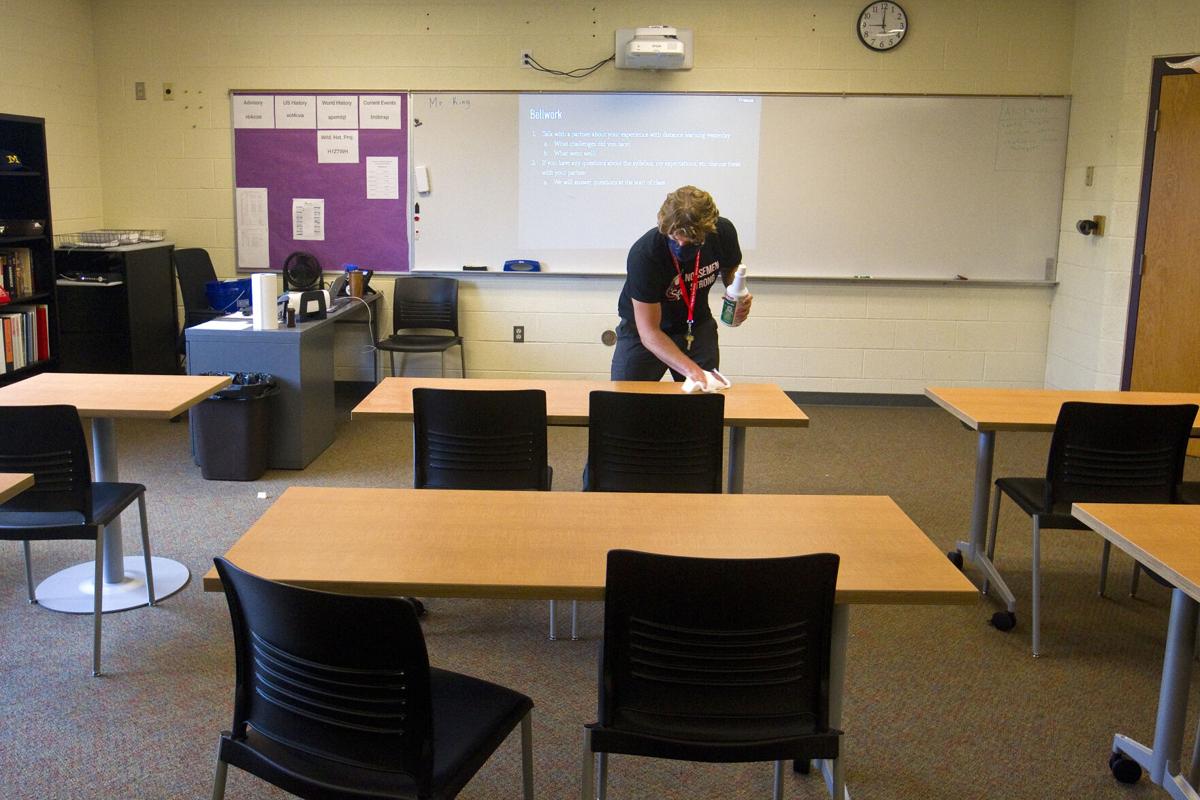 Teacher Joe King wipes down desks in his classroom in between classes at Suttons Bay High School. 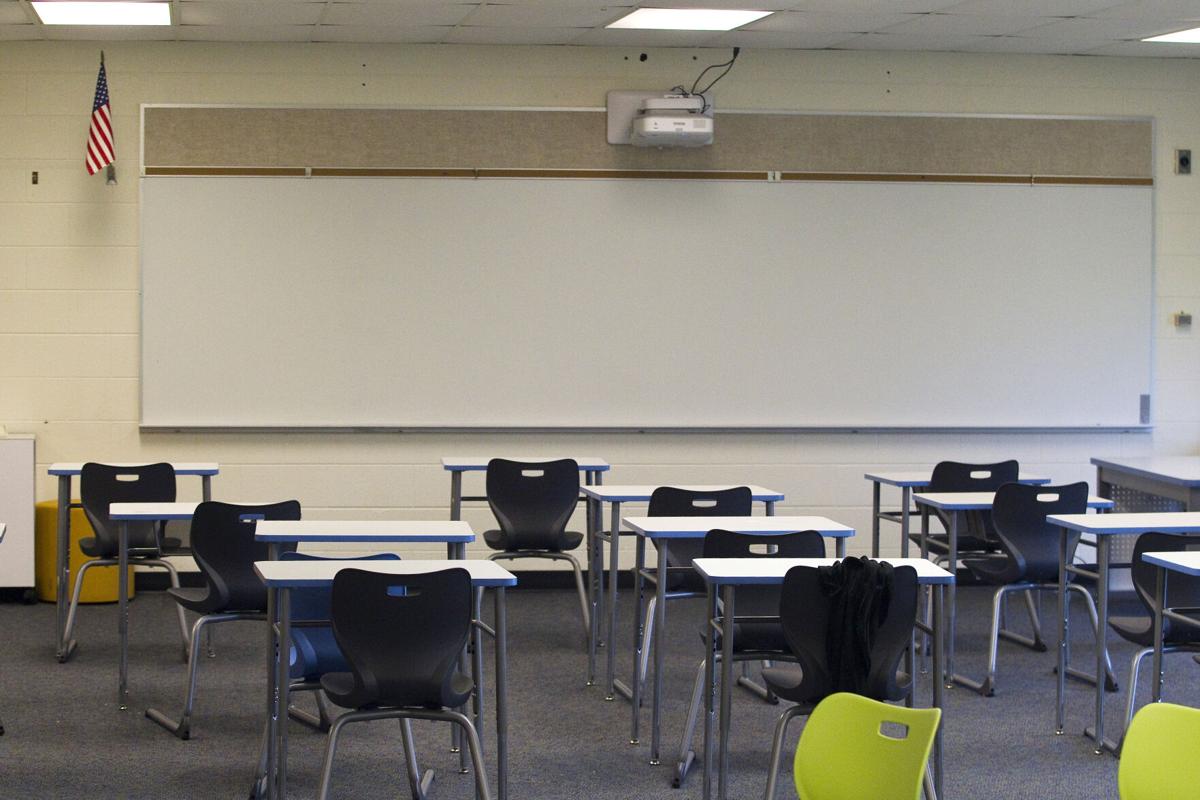 Claire Fehrenbach works on her portion of a mural project in class at Suttons Bay Elementary School.

Teacher Joe King wipes down desks in his classroom in between classes at Suttons Bay High School.

TRAVERSE CITY — Today marks the first day of the new school year for the largest district in the area.

Traverse City Area Public School students will be home for the next two weeks of virtual learning, but other districts have started in-person classes.

The inevitable already happened — three days into the school year at Kingsley High School, a student tested positive for COVID-19. But beyond the medical concerns, educators and parents are also worried about possible stigma associated with the novel coronavirus.

That student and the other students who test positive will eventually return to the hallways and classrooms of their schools. When they do, it’s possible — if not likely — that they will be subject to whispers and sideways glances.

Educators and healthcare professionals agree the best way to stem the tide of rushing rumors is by doing what they do best — teach.

Jim Corr, school psychologist with the Traverse Bay Area Intermediate School District, said prioritizing knowledge and awareness to shape the perceptions surrounding a returning student is the most effective tactic in correcting misinformation some.

“There’s going to be stigma, and that’s just horrible,” Corr said. “There’s going to be a tough balance between what’s out there in the rumor mill on social media and what the accurate information is. It’s our job to tip the balance toward accuracy.”

That knowledge can have a profound affect on how the returning student is treated.

Carson Williams, who’s headed into eighth grade at Grand Traverse Academy, said it would be “really weird walking back into school” if he ever tested positive for COVID. Williams has not tested positive, but he can understand that the students who do test positive might worry about how their classmates would react.

“They might think, ‘Oh, he has coronavirus. Get away from me,’” Williams said. “But I’d be happy for them that they’re not sick anymore and that they can come back. Even though they had the coronavirus, it’s got to feel good to get through it and come back.”

School officials also have to deal with the student’s right to privacy, guaranteed under the Family Educational Rights and Privacy Act, and the public’s right to know about a situation that affects the health and safety of their child.

Traverse City Area Public Schools Superintendent John VanWagoner said informing the community about a positive case is best handled through local health departments. VanWagoner said those professionals are traditionally the ones that deal with cases of infectious diseases and exposure.

VanWagoner likened the protocol to that of a mandatory reporter.

“We give them the information we have, and they take it from there and make decisions on how that is released,” he said. “People are notified by the health department. None of that is done by the schools.”

Leland Public Schools had its first positive case in a student two weeks ago, but that happened to a soccer player and not while school was in session.

Superintendent Stephanie Long said she contacted health department officials and used the template provided by them to “communicate immediately with the entire school community.”

Long reinforced the student’s right to privacy, but she also acknowledged the information provided to the public made it possible to identify the infected student through the process of elimination. She said that sorted itself out quickly — within hours.

Long said the family was upset because everyone knew it was their child.

“That’s protected information. It’s really clear and easy for us,” she said. “While COVID is scary and different, if a child came down with strep throat, we send a very similar letter to families to let them know. But we don’t say who the kid is.”

Asa Kelly, a second grade teacher at Betsie Valley Elementary, said a positive test in a school that shuts down a class or an entire building only adds to the mounting frustration and anger parents are feeling. The student might also feel guilty and think it’s their fault they got COVID and shut the school down, Kelly said.

“It’s such a fragile world, right now. People are frustrated and want to point fingers and blame. I just don’t want that to fall on a 6-year-old’s shoulders if a class needs to get shut down,” he said.

Tracy Hobbs, a retired school psychologist who worked for the TBAISD, said the best way to tackle the issue is through a “strength-based approach” that explores the fears and concerns of both the student and the student body.

Reassuring all involved and making the return a positive experience can mean the difference between being ostracized and being welcomed back. Hobbs said the same approach taken in anti-bullying campaigns can be used in that situation.

“Students are already feeling anxious about their health and safety in school. When something like this happens, it only worsens that,” Hobbs said. “Working with the student body and having discussions about the plans in place to protect them is what will reassure them.”

The National Association of School Psychologists released a tip sheet on how to avoid stigma of students who tested positive for COVID-19. The document can be found at nasponline.org.

Countering Coronavirus Stigma and Racism: Tips for Teachers and Other Educators

TRAVERSE CITY — Students are slated to return to in-person instruction in less than a week at Traverse City Area Public Schools.

99, of Traverse City, passed away peacefully Oct.16, 2020 at the Grand Traverse Pavilions surrounded by family and loved ones. Services are being handled by the Covell Funeral Home in Traverse City.

BENZONIA — Michael Ray Smith, of Benzie, passed away Oct. 16, 2020 at the age of 67. Michael was born on July 11, 1953 in Ludington to his parents Raymond and Evelyn Smith. Michael was an avid collector of guns, knives and other items. He loved to read, hunt, and fish. He especially loved hi…