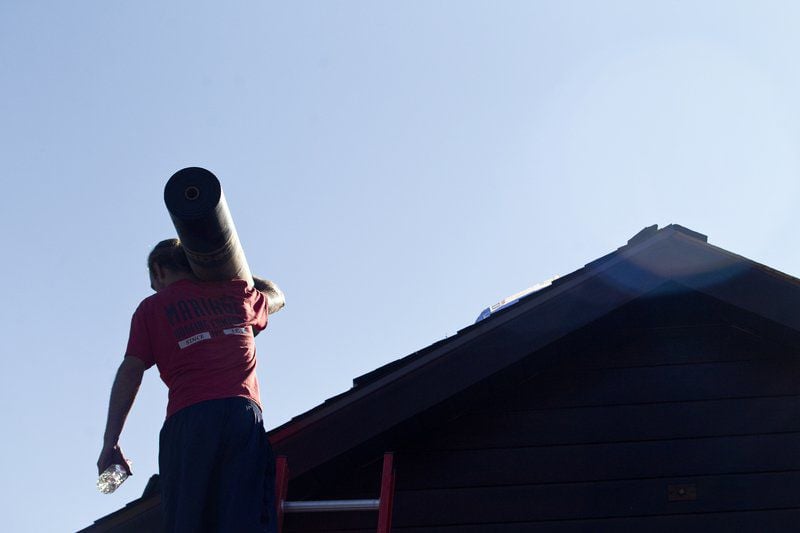 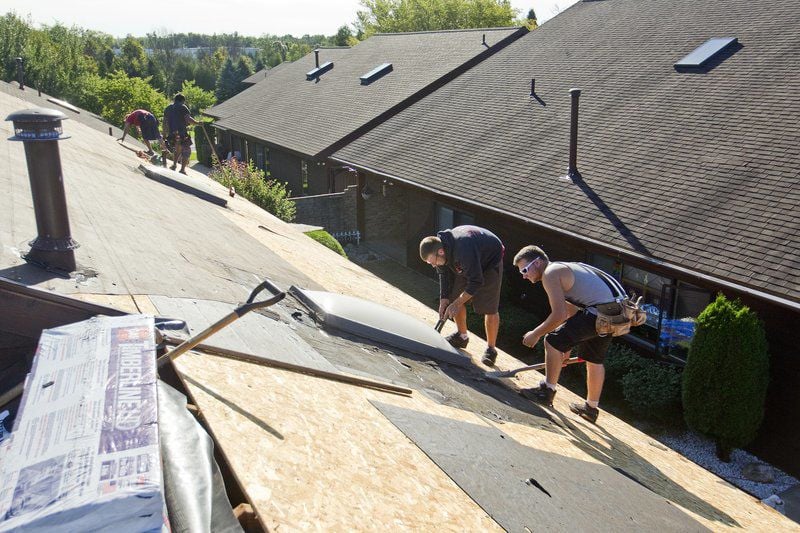 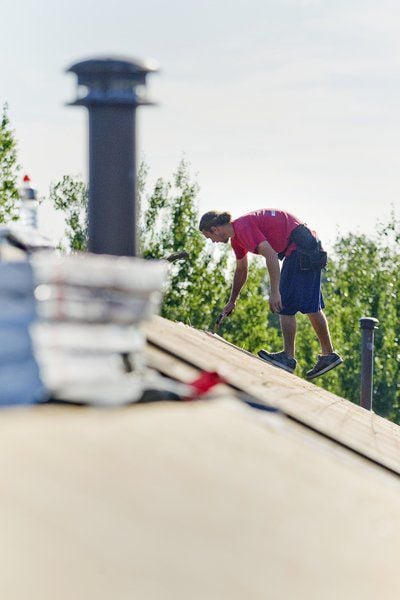 TRAVERSE CITY – Like a box of bent nails, COVID-19 has made things difficult for homebuilders throughout the state, including those in the five-county area surrounding Traverse City.

A spokesperson for the Home Builders Association of Michigan said in June that housing permits for single-family homes in the state have shrunk by more than 20 percent as a result of the coronavirus shutdown, a fact echoed by an industry spokesman in the Traverse City area.

“As far as progress on homes I would say, yeah, absolutely, we saw that same sort of affect that we’ve seen across the state, and that was all COVID related,” said Robert O’Hara, executive officer with the Homebuilders Association of the Grand Traverse Area, Inc., which encompasses Grand Traverse, Kalkaska, Antrim, Leelanau and Benzie counties.

“Because a lot of jobs were stopped — contracts were already written for these jobs — they simply laid off workers, or they could not work at a site (due to COVID restrictions).”

Bob Filka, CEO of the HBA of Michigan, said though demand for housing remains strong in the state, production is not keeping up. According to Filka and the HBA, the industry shutdown has affected its supply chain and labor availability.

“As we stressed to (Gov. Gretchen Whitmer) when trying to explain why she should deem the residential construction sector essential like most other states, the multi-layered supply chain that supports residential housing can’t just turn off and turn on in a matter of weeks or even months,” Filka said.

“We are now seeing the results of that disrupted supply chain at a time when the industry should be energizing our state’s economy even more.”

Despite the predicament the housing construction industry finds itself in, O’Hara said some local contractors are finding it difficult to keep pace with demand.

“Anecdotally, I have a number of builders telling me they simply can’t keep up, and some of that is simply COVID related,” O’Hara said. “They’re short-staffed, supplies are more expensive, there’s more need for homes out there than they have the capacity to build. In addition to that, there has been the natural growth of the community with people moving here from down south, and all that has led to more demand than the builders have been able to keep up with.

“But another piece of not being able to keep up is not having their workers back, for one reason, or another. I’ve had builders tell me that at least through the end of July, because we’re getting to that point, they’ve had workers tell them, ‘Hey, I’m not comfortable coming back yet.’ And when you push these workers a little bit you find out they are making more on unemployment than if they were working for you.”

And in regards to the 350-member HBAGTA itself, O’Hara said the uncertainties of the COVID-19 pandemic still has a choke hold on the local construction business.

“In our own planning as an association I have probably had a half-dozen conversations this week where I tell someone, ‘… look, this is what we are planning to do in August, or September, or October, or November, but this all comes with a qualifier, we don’t know what the situation is going to be at a certain point so plan on this, but don’t hold us to it, we may not be able accomplish what we’re saying,’” he said.

And yet if there’s a construction crew cavalry being trained to ride to the rescue, that just might be in the students at Northwestern Michigan College’s Construction Technology Program.

“NMC has phenomenal courses, that’s a fascinating story, in itself,” said O’Hara. “Some of the classes and opportunities that are open there for students, it’s amazing.”

“My enrollment, and the need for people in the industry, itself, is finally getting a big boost since COVID,” said Goodchild. “Right now I have three sections of carpentry classes and all of them are full at 15 each. We’ve opened up two more and those are starting to fill up, as well.

“What I have noticed, because of COVID, a lot of younger people who were working in fast-food places are no longer able to and they’re coming to learn a trade. And a lot of people who had been working in other industries for a long time, and who can no longer go to work, are cross-training into the construction trades.”

Goodchild said while the academic portions of his programs will be taught on-line beginning Aug. 24, students will still take part in face-to-face labs —hammers striking nails, for example — with their instructors.

“There’s a lot of people who think you can teach that online, but I don’t think so,” Goodchild said. “We will be doing all of the trades, hands-on, they all will be having their labs. The hardest thing is to find good instructors. My current instructors are all adjutants, so they have full-time jobs and they teach at night — there is only so much they can do. Through all the trades I have, I have about 12.”

Goodchild said those inside the industry believe more and more construction laborers will be needed in the coming months and years.

“I just saw a National Association of Homebuilders report just a few days ago saying in just the next year they’re going to have a need for over 300,000 people just in the residential area of construction, that doesn’t include all the commercial,” he said.

“Oh yeah, definitely (there is opportunity out there).”

“Because a lot of jobs were stopped — contracts were already written for these jobs — they simply laid off workers, or they could not work at a site (due to COVID restrictions).” Robert O’Hara, executive officer with the Homebuilders Association of the Grand Traverse Area, Inc.

TRAVERSE CITY [mdash] Charlotte "Char" Louise Owen, 79, of Traverse City passed away peacefully on Jan. 8, 2021 at Munson Hospice House. Char was born May 3, 1941 in Three Rivers to the late Robert and Dorothy (Tallman) Millard. She grew up in the town of Mendon and later attended Albion Col…