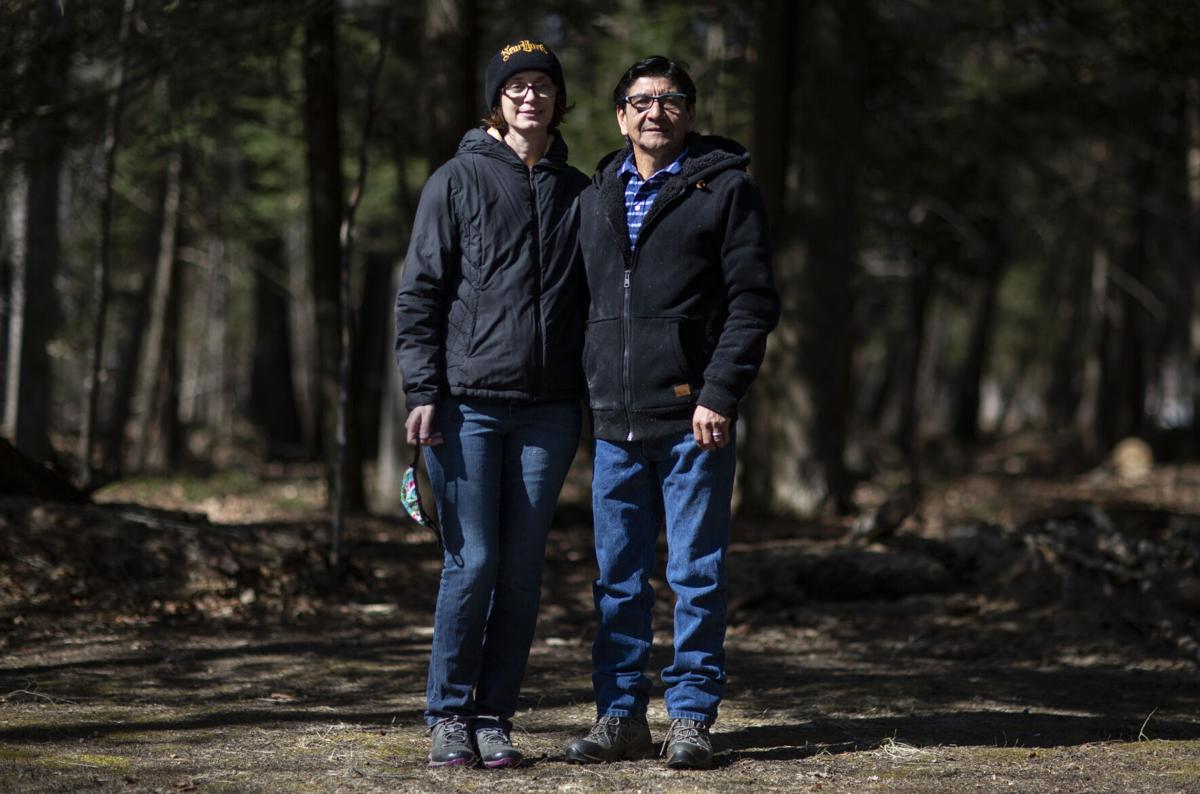 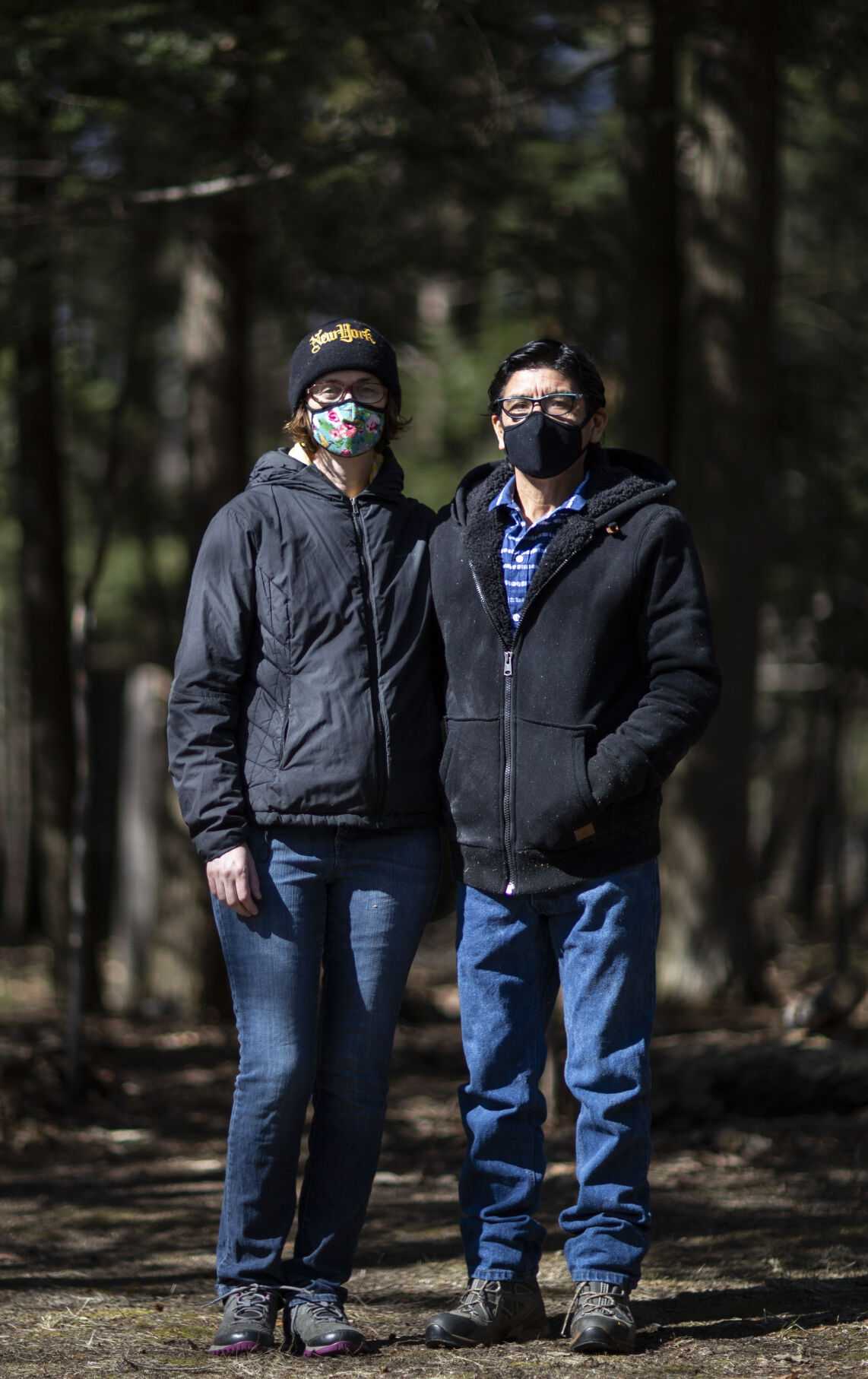 CHARLEVOIX — Nancy Dammann reached for a word to describe the year since she and her husband Edgardo Gómez-Pisco left Peru.

She grasped for one that would capture a time filled with loss and suffering, both worldwide and for her family and friends. One that would include the hard work — and successes — to further their nonprofit organization’s mission in the face of a pandemic, while also helping to soften the blow.

That same word would also have to describe the hope they felt from the kindness of others. Those bright spots helped the couple through what has been a dark time for so many.

Now, the two want to get back so they can continue their work with a nonprofit aimed at helping people in nine Amazonian villages in the South American country.

Project VASI helps people in those villages make sustainable, legal livings off the land. Damman and Gómez-Pisco are two of four co-founders.

Damman and Gómez-Pisco left just before the pandemic hit with help from the United States Embassy, the Peruvian government, a staff member for Sen. Debbie Stabenow, D-Mich., an informal online network of expats — the list goes on.

Both wanted to leave a rural area that was unprepared for a new pandemic and where a dengue fever outbreak had already stressed the healthcare system. Damman’s Lyme disease made her vulnerable, adding extra urgency.

She’s grateful she and Edgardo made it to Charlevoix.

“There’s a very good chance one of us wouldn’t be alive if we were both still there,” she said.

Then the disease started taking its toll. Damman said they lost someone they knew in Peru almost every day for a time after they reached Charlevoix.

On March 18, the pandemic took Gómez-Pisco’s cousin, Dr. Juber Sandoval Briones, a nurse by training but recognized as an honorary doctor after years of service. His efforts included a relentless push to build a clinic in the Sarayacu district, where he lived and worked in Tierra Blanca (the regional government eventually came through).

Briones had mild, flu-like symptoms for a week but woke up on March 20 unable to breathe, Dammann said in an email. He was evacuated by floatplane and given oxygen, but the level in his blood kept falling. Pucallpa’s hospitals had no ICU beds and bottled oxygen was scarce despite a widespread scramble to find more. As he was being transferred to an ICU bed, he had a heart attack and died after being resuscitated.

Dammann said Briones was a selfless healer who provided constant and valuable advice to Gómez-Pisco on healthcare and the realities of the district — it’s where Project VASI was founded.

Briones “saved and changed lives for the better, even if it meant spending his own money to do it,” Dammann said in an email.

Evacuation flights like the one that took Briones to Pucallpa aren’t easy. Dammann said float plane ambulances are typically only available for pregnant women or people facing life-threatening injuries or illness. They can’t fly at night and are grounded during bad weather.

“If you get lucky and you happen to have your life-threatening emergency during the day with cooperating weather and the floatplane is not already going to rescue someone else, then you might get floatplaned out to the hospital,” she said.

It’s a problem Project VASI was already grappling with when the cofounders’ family member died: how to get ambulances to people where there are no roads.

Boats will get you from village to city and back along the Ucayali River, a major Amazon River tributary, but the ride can take hours and sick people might spread illness on a crowded ferry, Dammann said.

So the nonprofit retooled a boat into a floating ambulance, and hope to launch two more in April. The Peruvian government owns them and agreed to maintain them for three years, then reassess the program, Dammann said.

They’ve already made about one transport per week after the first went online in mid-December, and the ambulances carried medical supplies back on return trips, Dammann said.

“There were other evacuations that needed to happen but the boat was in the wrong place for that, so there’s much more need than that,” she said.

Doctors, nurses and dentists also shuttled to 30 communities to give basic and preventive care, Dammann said.

Now the focus is to create a dispatch system. The nonprofit is getting help from Stanford Emergency Medicine International and other experts on rural healthcare.

Keeping Project VASI running from afar has helped both Dammann and Gómez-Pisco work through the grief at a time when they can’t properly grieve, Dammann said. Her husband is away from his family in Peru. Wakes by video conference aren’t the same as sitting with family and crying and telling stories.

The two have coped through meditation, prayer and staying busy with everyday activities like cooking, watching lighthearted movies, talking with family and, for Gómez-Pisco, chopping wood.

“And we just try to stay present, if we think too much beyond the right this moment, that is when it gets hard,” she said in an email.

Burrowing into their work helps as well, and working remotely adds some difficulty to helping a region that already has plenty of challenges: lack of clean water and electricity, few medical professionals and a spotty communication network.

Project VASI was able to get some protective personal equipment and medicine early in the pandemic, enough to buy the Peruvian government time to arrange for more, Dammann said.

The distance, plus lack of good information has proven frustrating, Dammann said. But she and her husband have been gladdened by the kindness they’ve found, sometimes by chance.

A social media post from a Project VASI intern drew a remark from someone who connected them with a Honduran cacao grower and cafe owner, Dammann said. They’re hoping he can teach his innovative methods for making chocolate in a rural setting, an idea that could work well where the nonprofit is focused.

And an earlier article on Dammann and Gómez-Pisco also caught the attention of a donor who helped with the ambulance boats, she said.

“That’s what helped us out, some of those moments where he’s like, ‘Goodness, people are just good and people really care,’” she said.

After months of avoiding any public building, the two are working on getting back to Peru.

There’s a lot going on — educators are looking to safely restart school, a particularly pressing need for students who can’t tune in or log on to televised or online classes. And Dammann is worried upcoming national elections (where voting is mandatory) could be a superspreader event.

Distributing the vaccine worldwide is crucial unless the U.S. plans on permanently sealing its borders, Dammann said. Emerging variants will make the vaccines ineffective unless they’re given to as many people as quickly as possible.

The family of Bevery J. Carroll would like to announce that her funeral Mass will be held at the St. Jospeh Catholic Church on Friday, April 16 at 11 a.m., with visitation commencing an hour before at 10 a.m.