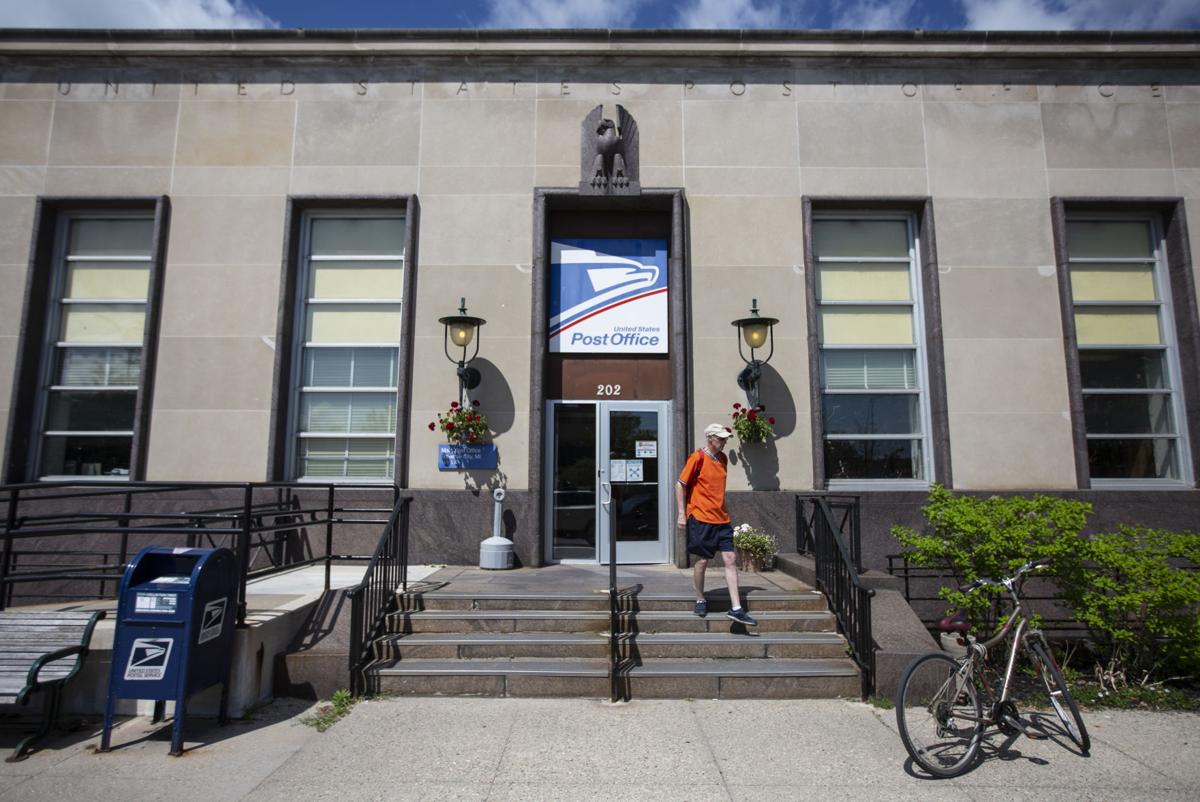 A man exits the United States Post Office in Traverse City on Saturday. 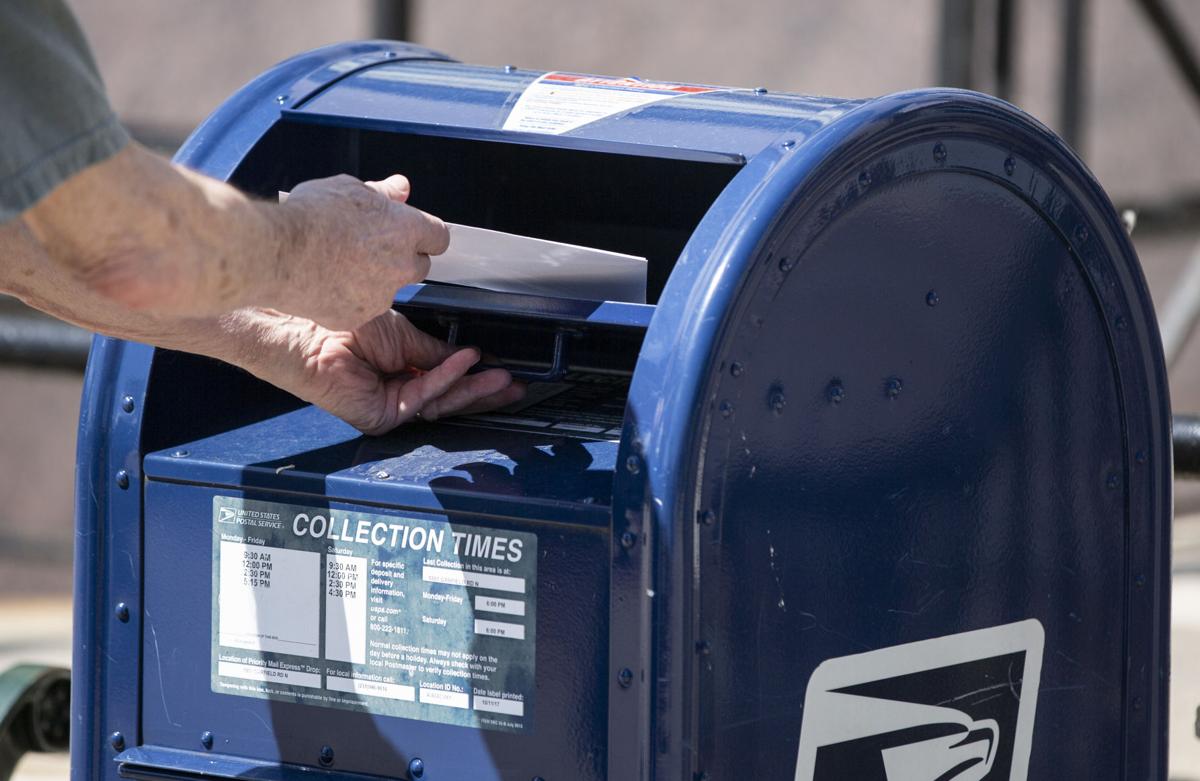 Top, a man uses a mailbox outside the United States Post Office in Traverse City on Saturday. Above, the TC Post Office.

A man exits the United States Post Office in Traverse City on Saturday.

Top, a man uses a mailbox outside the United States Post Office in Traverse City on Saturday. Above, the TC Post Office.

BELLAIRE — Ann Steiner and her husband Dan didn’t really have much of a choice to leave their Florida getaway in Siesta Key a month and a half earlier than usual.

Personal services in the western Florida retirement community were dwindling. Her friends from Canada left in a pinch without saying goodbye. The town basically shut down around her.

The couple packed their car with toilet paper, gloves for gas and deli sandwiches. They started driving at 3 a.m. on March 26 and headed straight to Bellaire.

Steiner isn’t originally from northern Michigan, but she says it’s her home. She taught at Bellaire High School for 33 years, long after her doctor told her to stop teaching.

When she returned from Florida it wasn’t the Torch Lake community she knew and loved.

“It was like a ghost town,” Steiner said. “That was so shocking to me. Friends would post pictures of downtown and you would just wouldn’t see any cars, it was just dead up here.”

The Steiners weren’t alone as they flocked home to northern Michigan during the pandemic.

Nearly 10,000 households that do not have local ZIP codes requested mail forwarding services from the U.S. Postal Service to the Traverse City metropolitan area since March, according to a Freedom of Information Act filed by the Record-Eagle.

There were 13,504 change of address requests filed with USPS to ZIP codes that begin with 496 (those local to the Grand Traverse region) from March 8 to June 8. About 4,800 of those were households in the Traverse City-Cadillac area moving to another address in the area. Two thirds were not.

Mail forwarding services were requested from at least 2,000 households with origin ZIP codes in Florida and Arizona. Steiner’s ZIP code in Siesta Key had 15 requests alone.

Hundreds of requests were made from ZIP codes on the northwest fringe of the Detroit metropolitan area and all around the city of Grand Rapids. The most requests from a downstate ZIP code were in the northeast neighborhoods of East Lansing, near Lake Lansing.

Gov. Gretchen Whitmer’s short-lived restriction on travel from one home in the state to another was lifted at the end of April.

The total number of requests disclosed in an amended FOIA was substantially higher (5,531 more) than the number of requests USPS disclosed in the Record-Eagle’s initial request. That’s because, the post office established a policy during Hurricane Katrina prohibiting the disclosure of ZIP codes where the count is fewer than 10 requests.

“The purpose of the policy was to minimize the ability of a recipient of the data to identify where any specific individual or individuals may have moved from or to, which would be a violation of our responsibility to safeguard the privacy of the information about customers submitting change-of-address orders,” USPS’s FOIA response reads.

How the north responded

Many residents in the region worried an influx in “snowbirds” — those who reside in a warmer climate during the winter — returning for the summer would cause an influx in cases of COVID-19.

“It was probably six, seven, weeks before I went out to a store,” Steiner said. “And I was so frightened, going into the store.”

According to data on Antrim County’s ad valorem taxable values from 2017 to 2020, more than half of the county’s taxable value comes from non-permanent residents.

James Janisse, president of the Village of Elk Rapids, wrote a letter to Gov. Gretchen Whitmer the first week of April, concerned an influx in summer residents to a county that lacks ICU beds could easily get out of hand.

The state enacted an intrastate travel ban that lasted just two weeks before being lifted April 24. Mail forwarding data shows that the month with the most mail forwarding requests was May.

One month has passed since the Traverse City Economic Recovery region moved to Phase 4 ahead of Memorial Day weekend, when at the time it had 452 confirmed cases of the disease and 37 deaths. Just over 100 cases of the disease have been announced in the region since, with the latest data from the state of Michigan indicating 571 cases and 44 deaths.

Part of that can be attributed to an educational component Janisse said made the region “absolutely” more prepared to start welcoming residents again than it was when the ban was in place.

“What I see is that the educational component that went out through from the end of March, April, May and into June is social distancing and masks,” Janisse said. “When you go down the street in Elk Rapids, you can tell that so many people still do that.”

The concern, now, is the decisions returning residents make while they spend their time up north to or to not wear a mask.

“Some people, unfortunately, will pass away.”

79, of Interlochen, passed away peacefully surrounded by family and loved ones on Nov. 22, 2020. A memorial to celebrate his life will be announced at a later date and a full obituary will follow. Services are handled by the Covell funeral home in Traverse City.