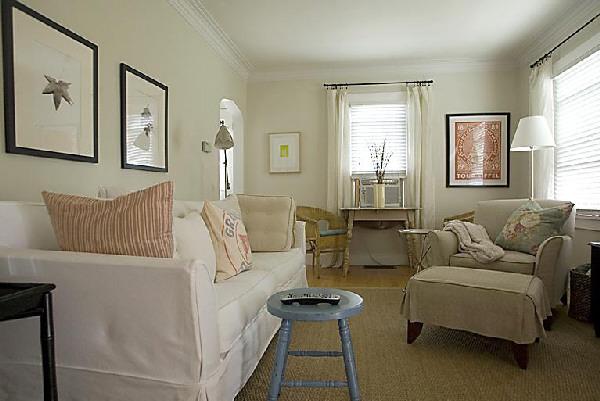 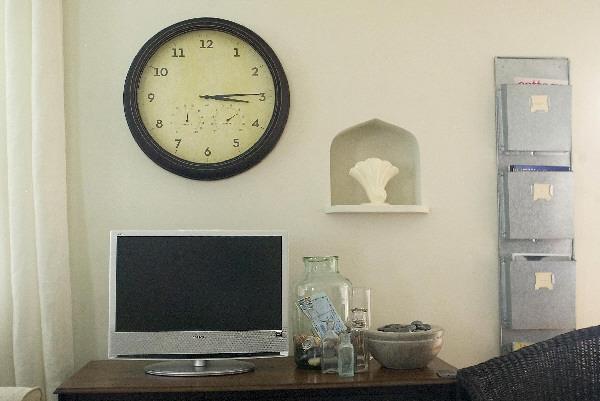 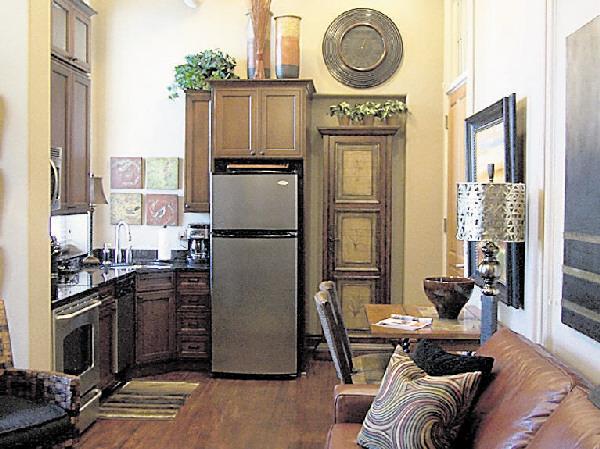 This 518-square-foot unit at The Village at Grand Traverse Commons combines living, dining and kitchen space. 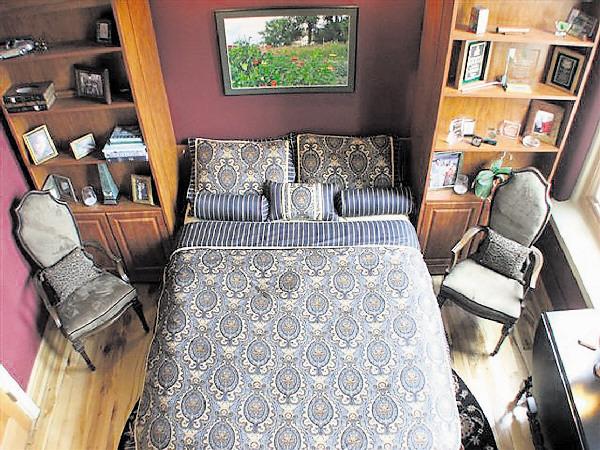 The bed in this 318-square-foot unit at The Village pulls out from a bookshelf.

This 518-square-foot unit at The Village at Grand Traverse Commons combines living, dining and kitchen space.

The bed in this 318-square-foot unit at The Village pulls out from a bookshelf.

Michael Jon Watt aimed for a "fresh, retro feel" when he designed and decorated his airy cottage in Traverse City's Central neighborhood.

Watt is a graphic designer who works out of the roughly 830-square-foot home he purchased in 2008. He kept the essence of the 1940s-era house, but repainted, refurbished and repurposed to bring a relaxed feel to the small interior space.

It takes planning, editing and a careful eye to make a smaller place functional and stylish. But the payoff to downsizing can be an uncluttered home chock full of charm.

Watt's cottage, which also includes a basement, is a prime example of how to maximize the minimal.

A large-scale, vintage advertisement in black, red and gold tones hangs on one wall of the living room, where Watt said the attention-getting size of the art and its placement performs the same design function as a fireplace.

"I love oversized art in a small space. It's dramatic, and it makes a focal point where there is none," he said.

Walls and shelves are punctuated with pops of framed art and red hues. His color palette is full of creamy whites, greens and blues that are reflected in a vintage pottery collection and that call to mind a breezy, beachy vibe. Watt painted and added new hardware to the kitchen cabinets and installed wood pieces for a wainscot-effect that adds architectural interest to one kitchen wall. He removed fixtures from the ceiling, repainted plaster walls and slip-covered furniture he already owned.

To create more space, a double hanger was added to the small bedroom closet, a typical shortcoming in older homes. He turned a tall, vertical bookshelf on its side and added casters to create a low, horizontal shelving unit. On Craigslist, Watt found a rusted and beaten-up metal desk that he had sandblasted and powder coated in a deep teal for his office. He covered Ikea magnetic boards in vintage maps to add whimsy and utility to a wall.

He also displays his own art — custom vintage-inspired bus scrolls on which he can print destinations of a customer's choosing. The scroll hanging in his office relates locations he's lived in, including Traverse City and Los Angeles.

"I try to tell people, 'Get what you're drawn to. It doesn't necessarily have to match,'" Watt said.

The eclectic mix-and-match approach works especially well when confined to the small built-in niches on various walls throughout the home. In one of the cubby-holes, Watt grouped old clocks and timepieces. Maintaining a few common threads, like color choice and the same silver-finish for light fixtures, helps unite the space.

Small living units are the first to be reserved at the Grand Traverse Commons, where work is under way to restore the former state hospital in Traverse City. It offers units as small as about 250 square feet, said Minervini. A 318-square-foot unit features a bookcase that hides a pull-down Murphy bed. Designers also utilize drop-leaf tables, wall-mounted televisions and lofts to make the most of small spaces, she said, and high-end cabinets and finishes create a luxurious environment in even the tiniest rooms. It also helps that the units have ceilings up to 14 feet high and large windows that fill rooms with light.

The buyers attracted to the smaller spaces are usually "very active" people who spend a lot of time outside their home, she said.

Interior designer Jennifer Ringl, who owns Nest of Grand Traverse, said a key to successful small spaces is to pick multifunctional furniture pieces. Look for beds with built-in storage. Avoid big, rolled-arm sofas and choose a trim, simplified square-arm sofa instead. Investigate an "apartment-size" sofa, which measures in between a love seat and a full-size sofa.

Even renters can rethink their space, despite strict landlord rules against painting or nailing into the walls. Ringl said a new stick-on, removable wallpaper product is a great way to add spice to a small space.

"Keep it simple. If you are going to do something impactful — a big pattern — pick one wall. Don't do all the walls, or do it in the throw pillow," she said.

She advises people to consult with an interior designer before they invest in new furniture. Even a couple hours with a design professional can create a vision for the space and avoid costly purchase mistakes.

Watt's friends have approached him for help sprucing up their homes. He likes to pull items out, tuck others away and recreate a room using almost all of their own pieces. He calls the process "harvesting." He also tells people to get over their fear of painting natural wood.

"In my head, I am always redesigning," Watt said.