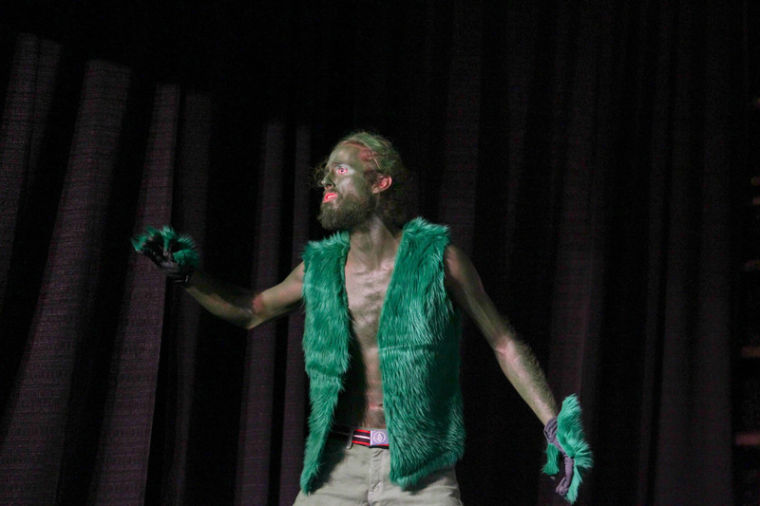 Jimmy Olson, playing the part of Grinchy, along with other cast members, rehearses for "How Grinchy Met The Who," at the InsideOut Gallery. 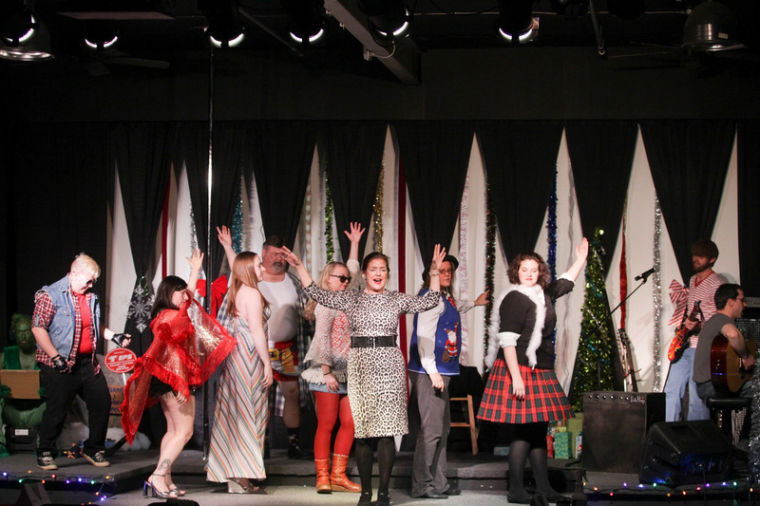 Cast members rehearse for "How Grinchy Met The Who," at the InsideOut Gallery in Traverse City. 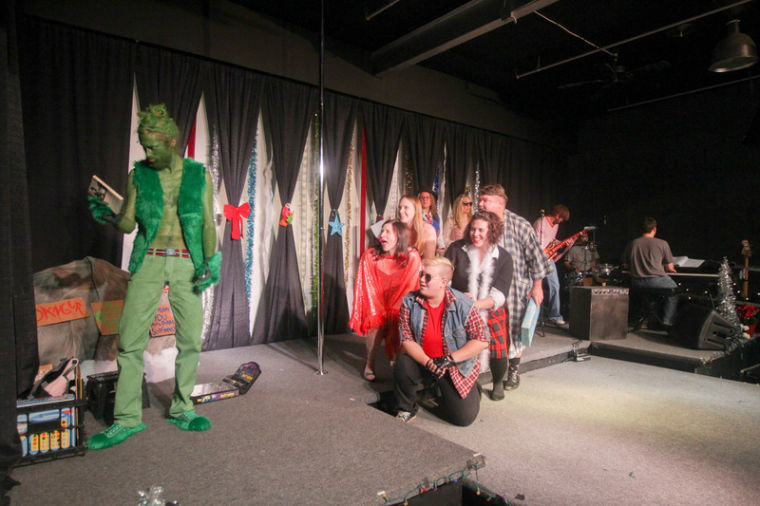 Jimmy Olson, playing the part of Grinchy, along with other cast members, rehearses Saturday, November 30, 2013 for "How Grinchy Met The Who," at the InsideOut Gallery.

Jimmy Olson, playing the part of Grinchy, along with other cast members, rehearses for "How Grinchy Met The Who," at the InsideOut Gallery.

Cast members rehearse for "How Grinchy Met The Who," at the InsideOut Gallery in Traverse City.

Jimmy Olson, playing the part of Grinchy, along with other cast members, rehearses Saturday, November 30, 2013 for "How Grinchy Met The Who," at the InsideOut Gallery.

Ever since I was a young Who

With a heart that’s dark and cold

Every Who has learned to fear him

From the short ones to the tall

Sure is the meanest one of all!

— From “Mean Ol’ Grincher,” sung to the tune of “Pinball Wizard”

Lesley Alicia Tye did, and the result is “How Grinchy Met The Who,” a “mash-up rock ‘n’ roll musical Christmas parody show” the likes of which Traverse City has never seen. The musical opened Nov. 30 and continues today and Saturday at InsideOut Gallery.

The play takes a satirical look at the classic Suess story through the lens of The Who guitarist and songwriter Pete Townshend’s 1969 rock opera “Tommy.”

The story and characters mirror both original narratives, and the songs — sung to tunes like “Tommy,” “Pinball Wizard” and “Fahoo Foraze” from the original Seuss story — are integrated into the new production with some rewritten lyrics.

The show is a collaboration of writer/director Tye, a film and screenwriting instructor at Interlochen Arts Academy, and musical director/co-producer Tony Bero, a piano teacher, radio sales rep, and Tye’s fiance.

“We were talking about the kind of theater we’d like to do and I thought of this,” said Tye, who based the idea on mash-up musicals staged by a Los Angeles-based theater company. “I thought, ‘That’s an amazing idea. I wonder why no one has ever done it before?’ I don’t think there’s anything like it in Traverse City, and there’s an audience for it.”

In Tye’s mash-up, a raunchy Grinchy — in Pinball Wizard-style hat and glasses — schemes to shut down the rock ‘n’ roll music coming from Who Square, which he hears as an insistent racket echoing through his cave. When he sneaks into town to cut off the electricity and steal the amps, he meets groupie Cindy Lou, hears rock for the first time and ultimately understands that he can’t stop the music even if he cuts it off at its source.

“Instead of his heart growing three times bigger, his metronome speeds up,” Tye said.

Olson, a partner in a local recording studio and the frontman and keyboardist in the local rock band G-Snacks, moved back to Traverse City two years ago after studying at the Musicians Institute in Hollywood, Calif. He’s a 2007 graduate of Interlochen Arts Academy, where he studied fantasy literature and screenwriting with Tye, herself an IAA alum.

“I’ve never been in a musical before. It sounded really exciting,” said Olson, who plays the curmudgeonly Grinchy in a furry green vest, green jeans and sneakers, and green body makeup from the waist up. “I’ve always been interesting in acting and I always liked comedy and humor and slapstick. It’s been a wild ride.”

Tye said she and Bero funded the play through a crowdfunding site on which they introduced their project by way of a “goofy, fun music video.” She said they were originally looking to raise $1,200 for performance venue rental, but raised twice that much — even before they announced the show’s title.

Already they’re at work on a second musical mash-up.

VIP and general admission tickets for this weekend’s shows are $25 and $18 at the door and $20 and $15 in advance, at brownpapertickets.com. Food donations for local food pantries also will be collected.